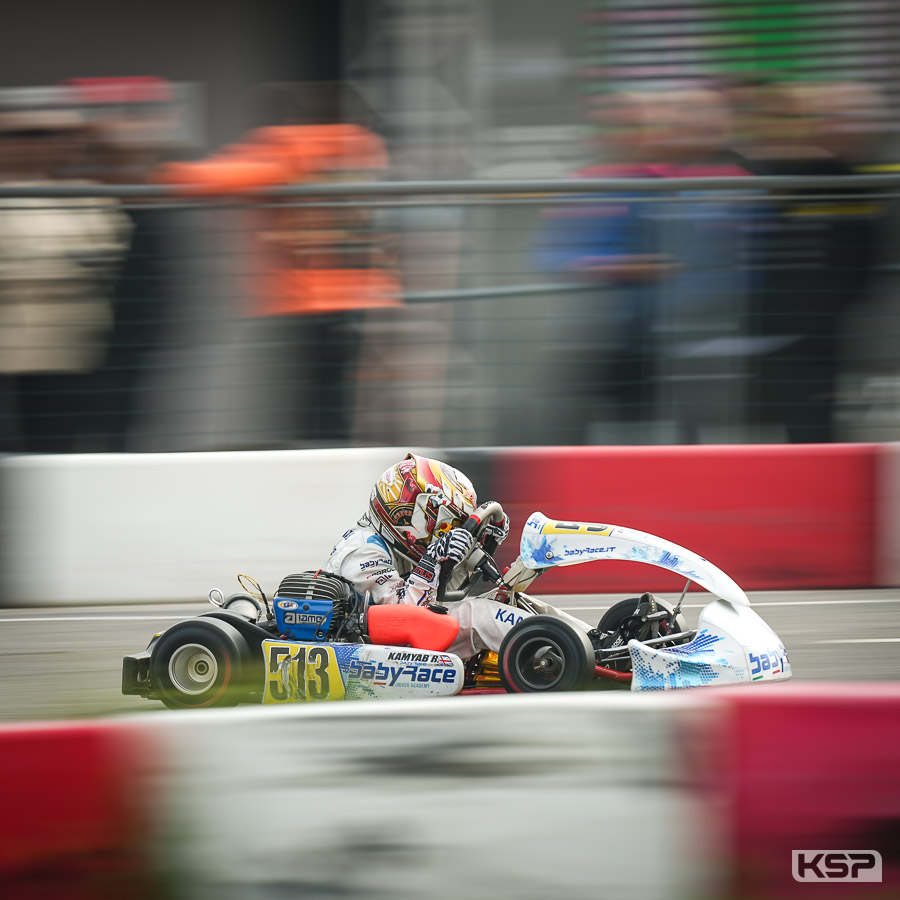 Roman Kamyab (Parolin/Iame) won three times and Jack Illife (Parolin/TM) two times in the Mini Qualifying Heats of the WSK Open Cup in Lonato. The dry weather on Saturday after the rain of the day before changed the ranking considerably. Filippo Sala (KR/Iame) moved up from 14th to 3rd place ahead of Augustus Toniolo (KR/Iame) while Dean Hoogendoorn moved up 37 places to 5th. Vladimir Ivannikov (EKS/TM) moved up to 6th ahead of Iskender Zulfikari (Parolin/Iame). Ludovico Busso (DR/TM) had dropped to 8th, followed by William Calleja (Parolin/TM) and Filippo Pancotti (Parolin/Iame) +16 places. Louis Cochet (Parolin/Iame) remained in the mix in 17th place. Poleman Bogdan Cosma Cristofor (Parolin/Iame) dropped to 19th place due to a retirement which meant he lost the advantage of his two wins. François Kerdal (KR/Iame) was 22nd, while Alessandro Truchot (Parolin/TM) was not in a comfortable position despite his efforts.