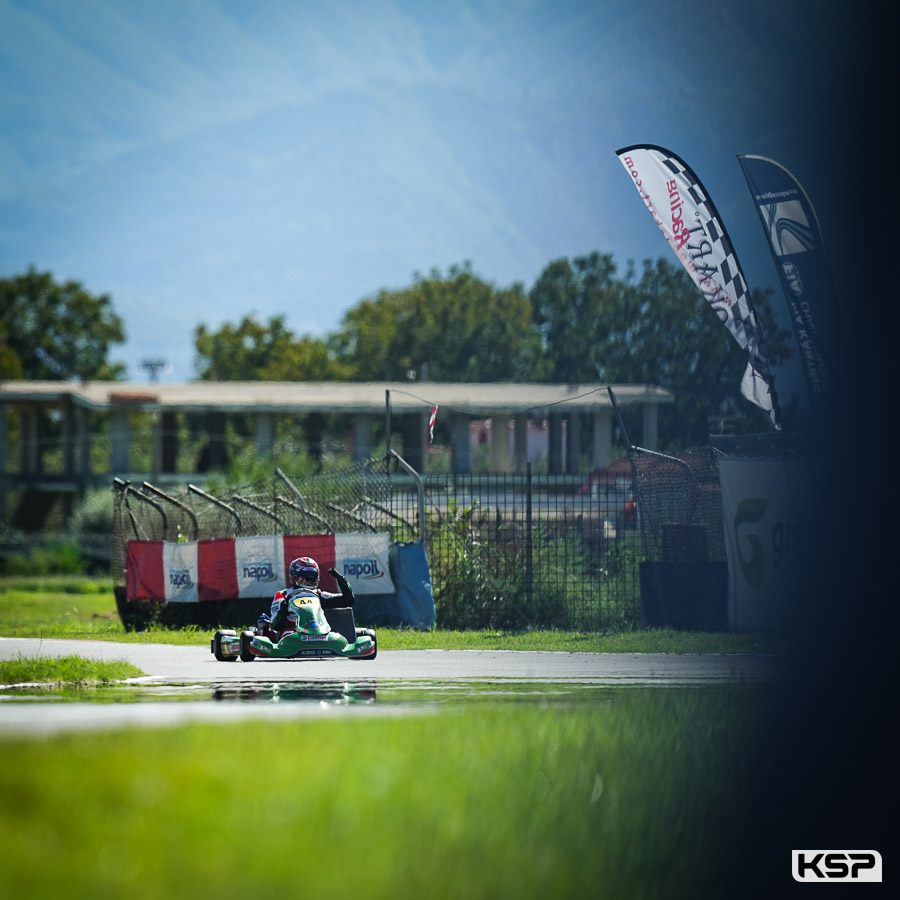 A solid leader after the Qualifying Heats and, still on pole position for the Final after a well-controlled Super Heat, Matheus Morgatto (KR/Iame) clearly dominated this FIA Karting OK World Championship. The Brazilian was dominant at the start, and his lead increased lap after lap, to the point where he won by more than two seconds. It had been 24 years, since Ruben Carrapatoso won the Formula A title in 1998, that a Brazilian had not won a World Karting Championship.

Forced to battle it out with the excellent Swede Oscar Pedersen (Tony Kart/Vortex), then with Japan’s Kean Nakamura-Berta (KR/Iame) and Britain’s Freddie Slater (LN/Vortex), Tuukka Taponen (Tony Kart/Vortex) had to wait several laps before being able to come back behind Pedersen, overtake him and finish 2nd, after having secured the title in 2021. Nakamura-Berta had to give up his podium chances due to a technical problem.

Slater was fighting with Latvian Tomass Stolcermanis (Energy/TM) and lost contact with the leaders. Both drivers were passed by Jamaican Alex Powell (KR/Iame) and Maksim Orlov (Parolin/TM), who finished 4th in the Final ahead of Slater. A penalty for a sporting incidents pushed Powell from 4th to 12th place. Spain’s Ruben Moya (Pantano/Iame) rode at a high pace to take 6th place in the Final ahead of Stolcermanis. Brazilian Olin Galli (CRG/Iame) finished 7th just ahead of Filipino Zachary David (KR/Iame), who dropped back as the Final went on. In 10th place, Gabriel Gomez (CRG/IAME) took the number of Brazilians in the top 10 to three, beating American James Egozi (Tony Kart/Vortex).

Evan Giltaire (KR/IAME) set the fastest lap of the race on his way up from 25th to 11th place. This was enough to make him regret his broken water pump in his Super Heat. His compatriot Enzo Deligny (Parolin/TM) came back to 7th place, then dropped back to 17th after a penalty for incorrect fairing position, just ahead of Malo Bolliet (KR/IAME), who jumped 17 places. 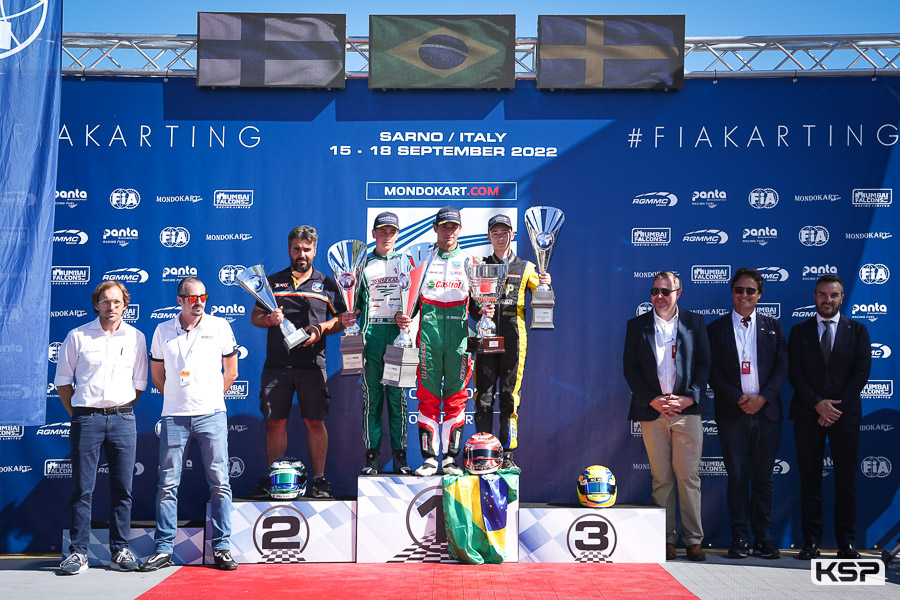