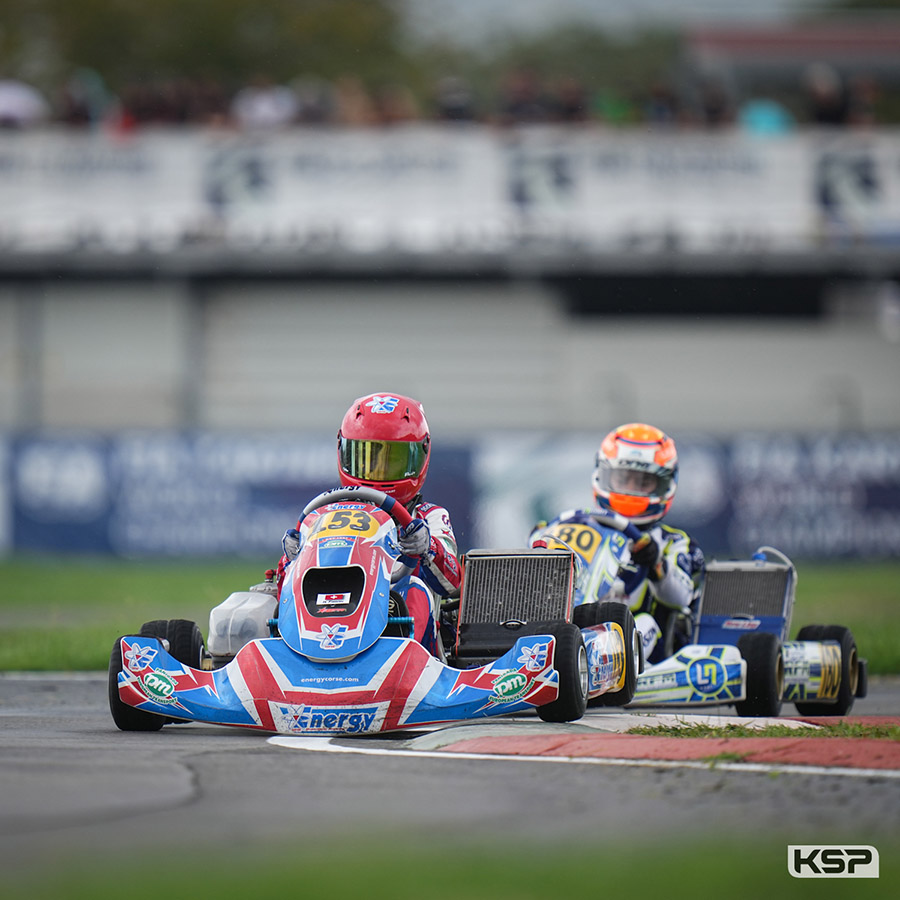 109 OK-Junior drivers completed scrutineering for the FIA Karting World Championship which has started in Sarno. The weather was grey and rainy at daybreak with 25° on the Neapolitan circuit on Friday morning for the Qualifying Practice divided into four sessions alternating with the OKs. The track was drying progressively despite some raindrops.

Session 3: Fardin – 1’07”075
Andrea Dupe (Sodi/TM) quickly got into action on the first lap. Kian Fardin (Energy/TM) was in the lead on the second lap, ahead of Stepan Antonov (KR/Iame) and Sandro Perez (KR/Iame), and the hierarchy was confirmed on the third lap. Fardin confirmed his position with a time of 1’07”075 against Zhenrui Chi (KR/TM), less than 3 tenths further back. Dupe came back to 3rd by 4 tenths on his fifth lap against Leo Nilsson (Tony Kart/Vortex) and Enzo Tarnvanichkul (Tony Kart/Vortex) in front of Nathan Tye (Sodi/TM) 6th. Sacha Avril (Tony Kart/Vortex) was struggling in last position.