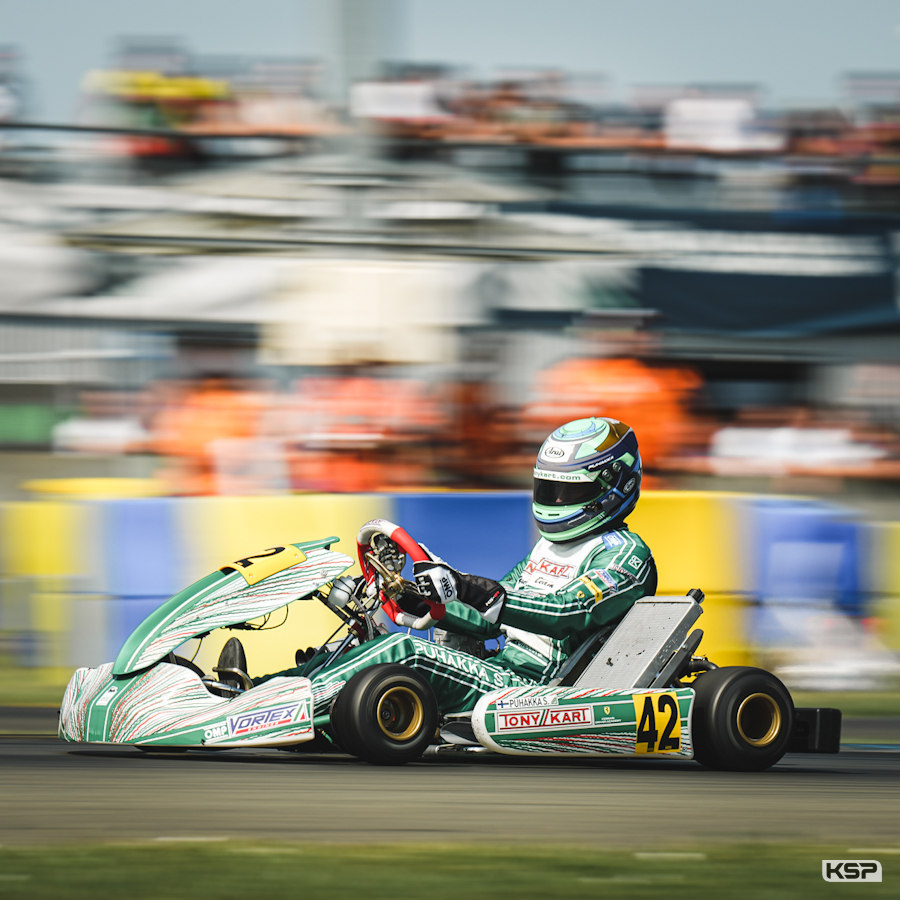 The weather was fine in Le Mans on Sunday afternoon with a temperature of 23° for the Super Heats of the KZ World Championship.

Simo Puhakka (Tony Kart/Vortex) was leading at the start of Super Heat A ahead of Jérémy Iglesias (CRG/TM). Senna van Walstijn (Sodi/TM) was 3rd after an excellent start and quickly moved up to 2nd. Lorenzo Travisanutto (Parolin/TM) was 4th ahead of Adrien Renaudin (Tony Kart/Vortex), then Riccardo Longhi (Birel ART/TM). Stan Pex (KR/TM) had started from the back of the grid. Iglesias passed van Walstijn and went after Puhakka. Renaudin passed Travisanutto for fourth place. Noah Milell (Tony Kart/Vortex) moved up to 7th place ahead of his team-mate Juho Valtanen after a poor start. Puhakka won the race with a 1.4″ advantage over Iglesias, closely followed by van Walstijn. Renaudin took 4th place against Travisanutto. Milell finished 6th ahead of Longhi. 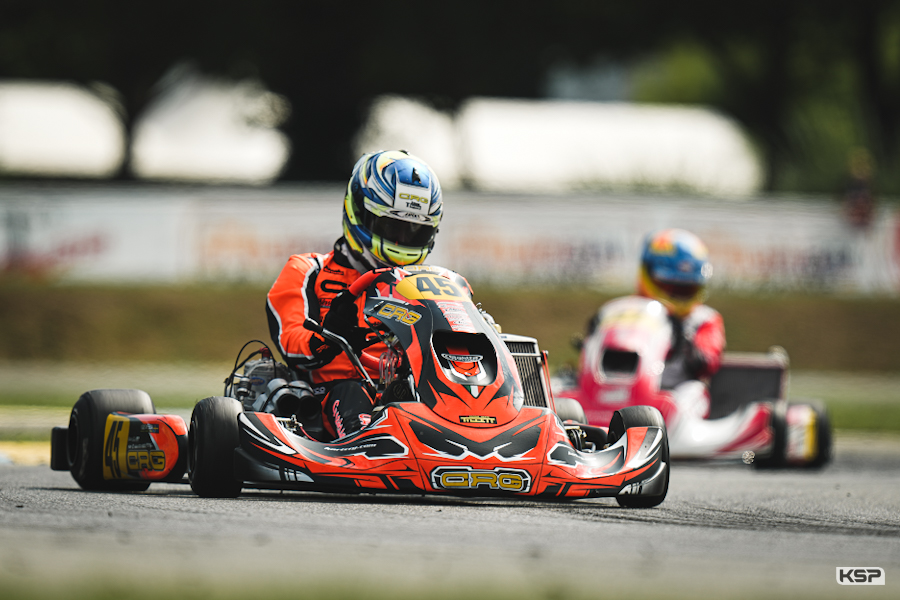 In Super Heat B, Viktor Gustafsson (CRG/TM) got off to a great start and was ahead of Jorrit Pex (KR/TM) and Pedro Hiltbrand (Birel ART/TM). Lorenzo Camplese (Tony Kart/Vortex) was 4th and Emilien Denner (Sodi/TM) 5th. Under investigation, Gustafsson took the lead ahead of Hiltbrand, Pex and Camplese. Denner, also under investigation, was 3rd. Pex and Camplese lost places and ended up on the grass. Tuukka Taponen (Tony Kart/Vortex) came back to 4th with excellent times, followed by Francesco Celenta (Parolin/TM). Taponen attacked Denner at the beginning of the last lap. Hiltbrand had closed in on Gustafsson, who nevertheless won. Taponen was 3rd, Denner 4th and Celenta 5th. Anthony Abbasse (Sodi/TM) finished 8th and Craig Tanic (Birel ART/TM) 13th.

Puhakka remained in the lead ahead of Gustafsson and Iglesias, followed by Hiltbrand in 4th, Milell in 5th and Denner in 6th.