The 39 drivers of the KZ World Championship were divided into two Qualifying sessions on Friday at midday in Le Mans. The track was dry and the temperature rose to 20°. 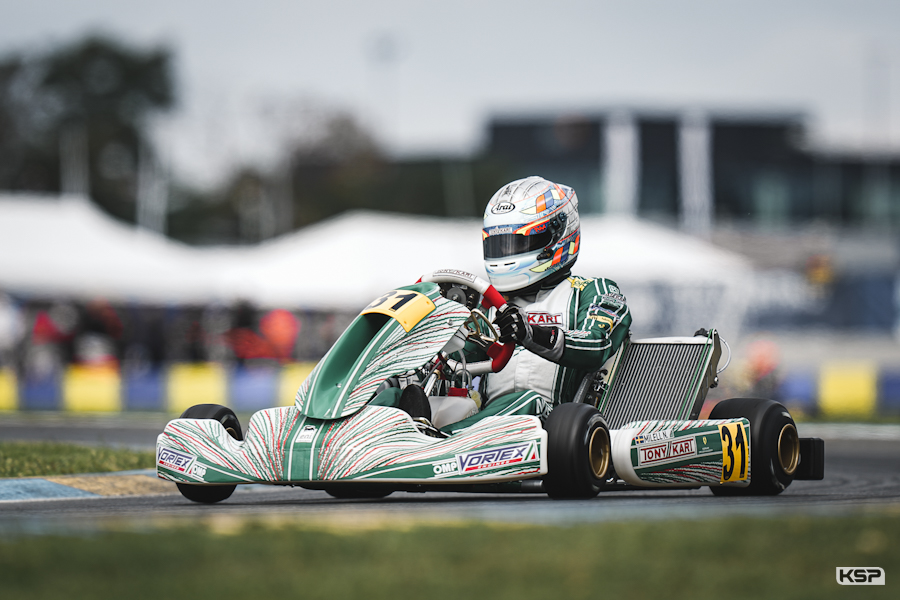 Session 2: Puhakka – 49”839
Riccardo Longhi (Birel ART/TM) faced Viktor Gustafsson (CRG/TM) on the third lap. Marijn Kremers (Birel ART/TM) regained the lead on the fourth lap in 49”564, and overtook Simo Puhakka (Tony Kart/Vortex) on the fifth lap. The positions were then reversed with Puhakka’s best time – 49”839 – 18 thousandths ahead of Longhi. Pedro Hiltbrand (Birel ART/TM) finished 3rd at 23 thousandths, while Gustafsson was 4th at 0.57″, followed by Kremers. Jaime Alguersuari (CRG/TM) did not go out on the track.

KZ2 World Cup: Trefilov on pole ahead of Albanese