KZ2 World Cup: Trefilov on pole ahead of Albanese 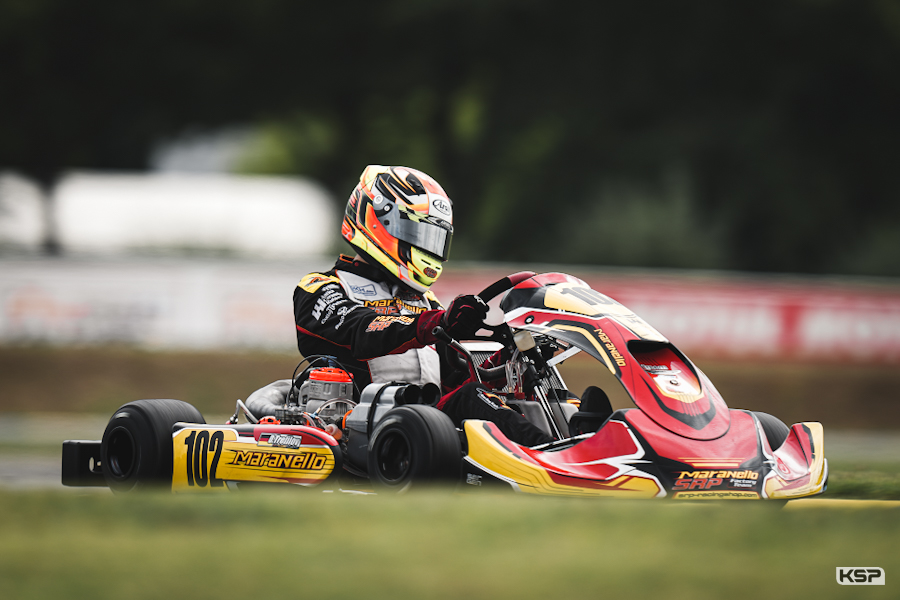 The 123 drivers of the FIA KZ2 World Cup started Qualifying Practice at Le Mans on Friday morning. The track had practically dried out after the rain of the beginning of the morning, but the risk of rain remained present for the four sessions. The drivers took to the track as soon as the green flag was waved.

Session 2: Paparo – 49”552
Michael Barbaro Paparo (IPK/TM) led in 50”552 on the third lap and then went under 50”. Arthur Rogeon (KR/Iame) was close behind. Norton Andreasson (Tony Kart/Vortex) took the lead in 49’889 on lap 4. Paparo ended up setting the fastest time of 49’552 on lap 7. Samuel Luyet (Tony Kart/Vortex) followed him at 0.157” ahead of Andreasson two tenths further back, then Robert Kindervater (Birel ART/TM) was 4th and Daniel Vasile (DR/Modena) 5th. Gabin Leuillet (Birel ART/TM) was the top Frenchman in 8th place, while Rogeon finished in the top 10 ahead of Karol Pasiewicz (Birel ART/TM) and Vincent Wanègue (Sodi/TM).

Session 3: Albanese – 49”468
Many Frenchmen and all talented in this session. Arthur Carbonnel (CRG/TM) and Thomas Imbourg (Sodi/TM) started strongly. Imbourg was the fastest on the fourth lap in 50”055. Tom Leuillet (Birel ART/TM) took the lead on his fourth lap in 49”711, but Imbourg responded. Carbonnel regained the lead on lap 5 in 49.555 over Danilo Albanese (KR/Iame), who took provisional pole position on lap 6 in 49.468. Carbonnel was 2nd at 87 thousandths, Leuilet 3rd at 0.124”, then Mattéo Sprigel (Sodi/TM) and Corentin Rousseau (Sodi/TM) 5th ahead of Imbourg.