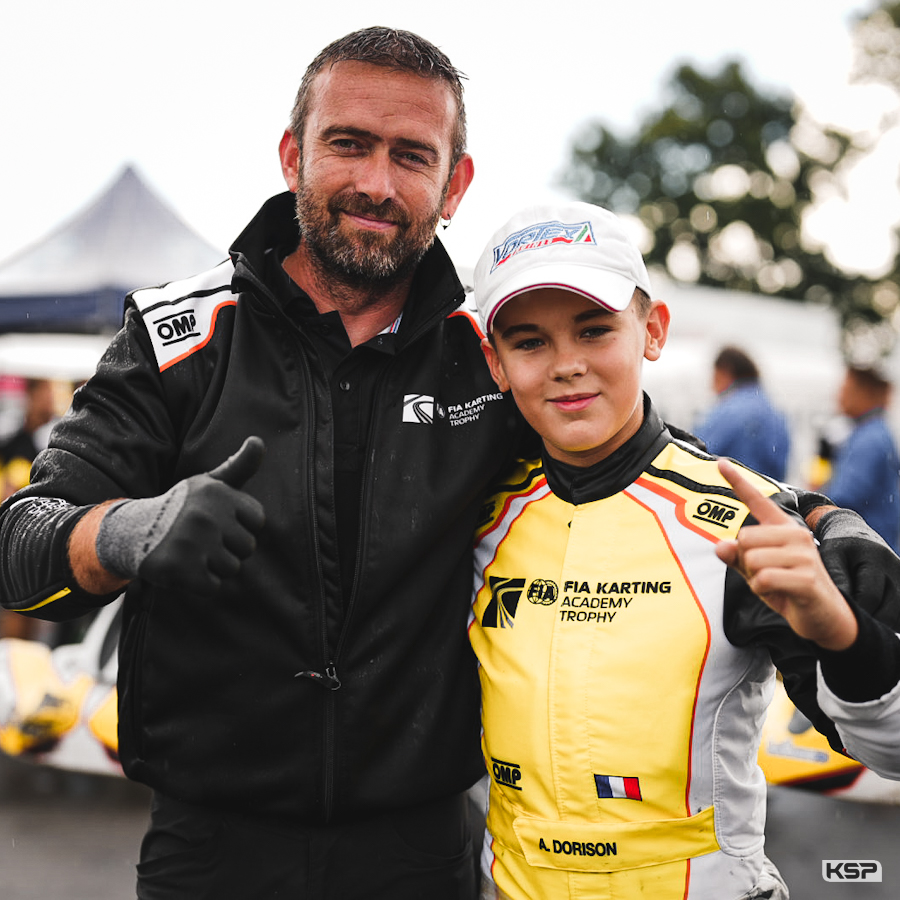 The FIA Karting Academy Trophy is holding its third and final event of the season at Le Mans, with the title being awarded after the Final on Sunday. 47 of the 54 drivers were present for the two Qualifying sessions. The rain had returned with a temperature of 23°.

Session 2: Dorison – 1’09”382 pole position
The conditions were starting to improve for the second session, which was run on rain tyres. Nando Weixelbaumer (AUT) was in the lead on the second lap ahead of Arthur Dorison (FRA). Riccardo Leone Cirelli (ITA) moved into the lead on lap 2, while Iwo Beszterda (POL) took the lead on lap 3. Dorison led on the fourth lap and took pole position with 1’09”382. Beszterda finished 2nd at 0,225”, followed by Weixelbaumer. 4th place went to Cirelli at 6 tenths, Tiziano Kuzhnini (CHE) was 5th by a second. Good 7th place for Chiara Bättig (CHE), Mattisa Orjuela (COL) was 12th while Jindrich Pešl, (CZE) didn’t set a time.