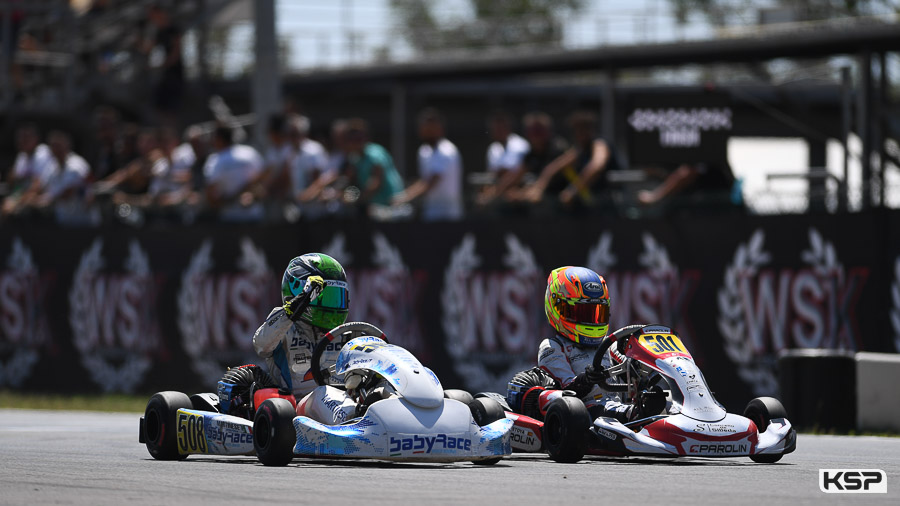 Iacopo Martinese (Parolin/Iame) and Christian Costoya (Parolin/TM) started from the front for the Mini Final of the WSK Euro Series in the heat of Sarno. The top four remained unchanged after the first lap, with Martinese leading Costoya, followed by Dean Hoogendoorn (Alonso Kart/Iame) and Filippo Sala (KR/Iame). Louis Cochet (Parolin/Iame) started well, moving up seven places in the first lap to 13th. Oliver Palocko (Parolin/Iame) then took 4th position and a tight group formed at the front. The positions didn’t really change until the last lap. Martinese won and took the title from Costoya by a hundredth. Sala finished 3rd, Vladimir Ivannikov (EKS/TM) 4th and Filippo Pancotti (Parolin/Iame) 5th. Cochet secured a fine 13th place after a great battle. 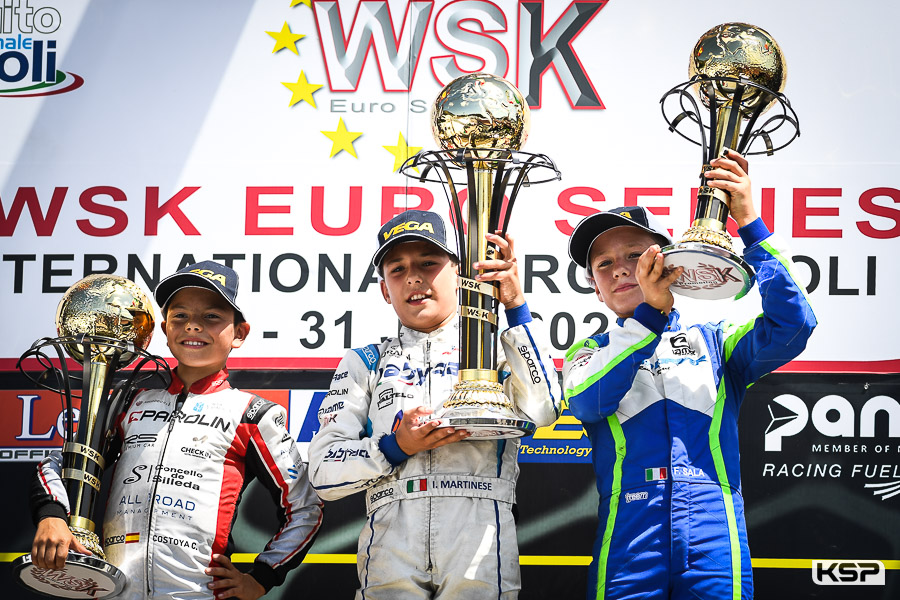