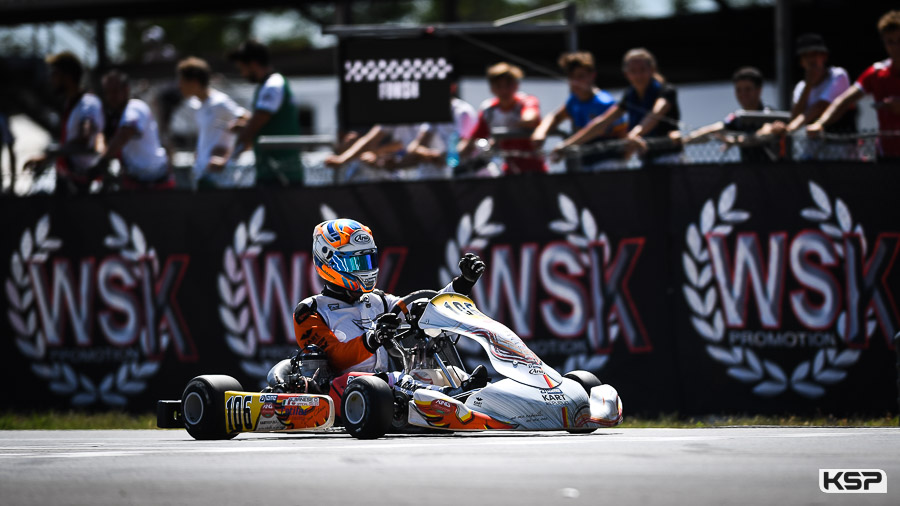 With Danilo Albanese (KR/Iame) and Giuseppe Palomba (Birel ART/TM) on the front row, the KZ2 Final of the WSK Euro Series looked very interesting as both drivers were also competing for the championship. Adrien Renaudin (Tony Kart/Vortex) was 3rd on the first lap behind the two Italians in their duel. Paavo Tonteri (CRG/TM) and Arthur Carbonnel (CRG/TM) were in 3rd and 4th position. Palomba had to defend against Tonteri and struggled to follow Albanese. Tonteri took 2nd place on the fourth of 17 laps. David Liwinski (Sodi/TM) came back to 7th behind Noah Milell (Tony Kart/Vortex). In 10th place, Tom Leuillet (Birel ART/TM) was not as competitive as usual. At the halfway point, Tonteri was 4 tenths behind Albanese and 8 tenths ahead of Palomba. Albanese and Tonteri alternated the fastest laps, but the Finn was getting closer. Carbonnel gave up with five laps to go. Tonteri increased the pressure on Albanese in the last laps, but he managed to win by 2 tenths while Palomba’s 3rd place allowed him to win the championship. Milell finished 4th ahead of Renaudin and Liwinski took 6th place for CPB Sport. Leuillet finished 14th without a fight. 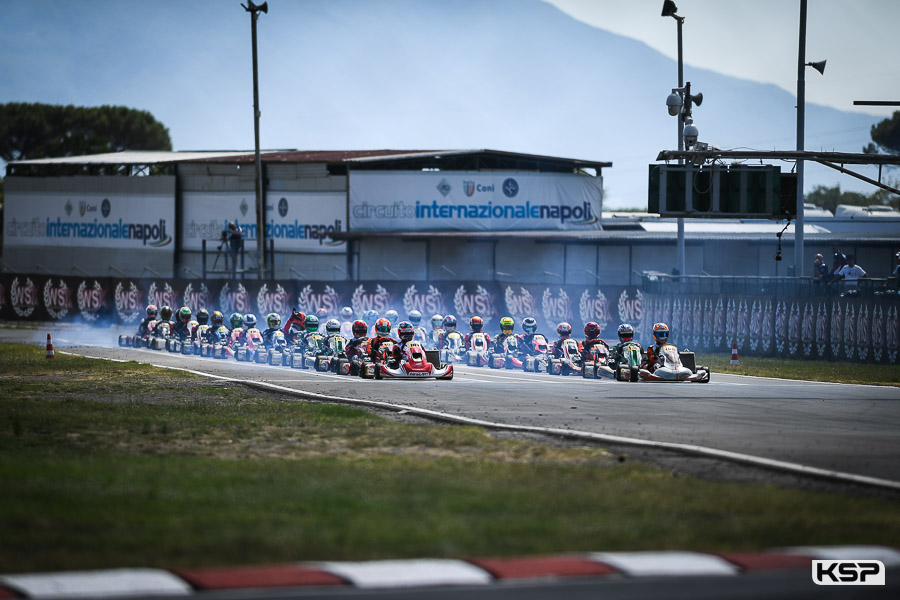