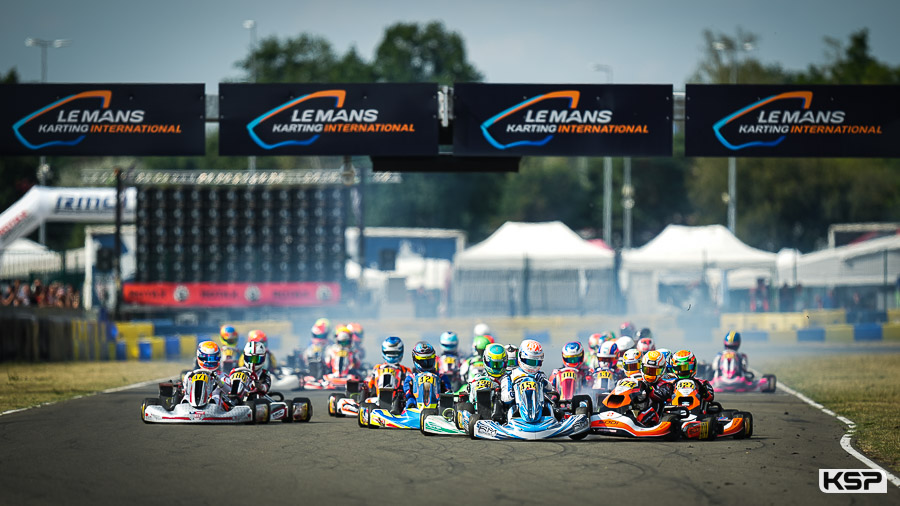 Rillaerts was caught up in a collision just after the start and was forced to retire, with the nassau panel detached. Lemeray took advantage of this to take the lead ahead of Gilbert and Caldaras. Janne Stiak (Kosmic/Rotax) was back in 4th followed by Jayden Thien (Gillard/Rotax). Gaspard Simon (LN/Rotax) was up to 7th ahead of Jules Roussel (Sodi/Rotax). Gilbert had closed in on the leader, but his battle with Stiak meant he lost time. Lemeray had a 1.5″ lead on the sixth lap. Kai Hunter (LN/Rotax) had moved up 15 places to the top 10 and Chloe Cannard (Redspeed/Rotax) 14 places to 13th. Lemeray increased his lead with each lap, to 2,5” at mid-race. Roussel was back in the top four ahead of Andrea Giudice (Energy/Rotax). Gilbert and Stiak did not let up while Roussel joined them. The battle for 3rd place was the focus of attention between Stiak, Roussel and Louis Marchal (EOS/Rotax). Lemeray won 4,8” ahead of Gilbert, with Stiak 3rd by 3,3”, Roussel 4th and Giudice 5th. Simon finished 6th ahead of Arthur Robin (Gillard/Rotax), Caldaras in 8th and Chloé Cannard 9th after an 18 position improvement.