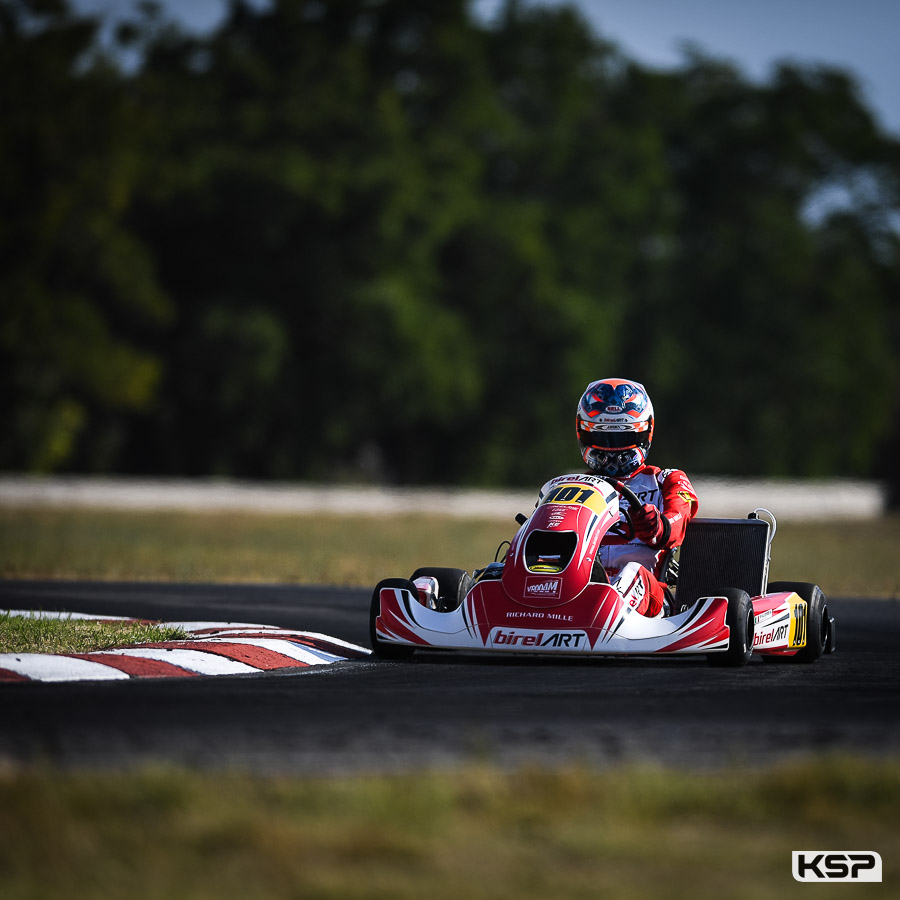 The temperature was already over 30° on the Sarno circuit for the KZ2 Qualifying Practice of the second round of the WSK Euro Series. After two warm-up laps, the times started to fall. Arthur Carbonnel (CRG/TM) was the fastest on the third lap in front of Paavo Tonteri (CRG/TM), but the pace was not yet at its height. On the fourth lap, Danilo Albanese (KR/Iame) started to nudge the clock in 54”126 and then improved to 54”074. It was not until lap 6 that Giuseppe Palomba (Birel ART/TM) took pole position in 54’034, 42 thousandths faster than Albanese. Noah Milell (Tony Kart/Vortex) followed by less than a tenth with Simo Puhakka (Tony Kart/Vortex) and Adrien Renaudin (Tony Kart/Vortex) on his tail. Tom Leuillet (Birel ART/TM) finished 10th, with Carbonnel 19th ahead of David Liwinski (Sodi/TM).