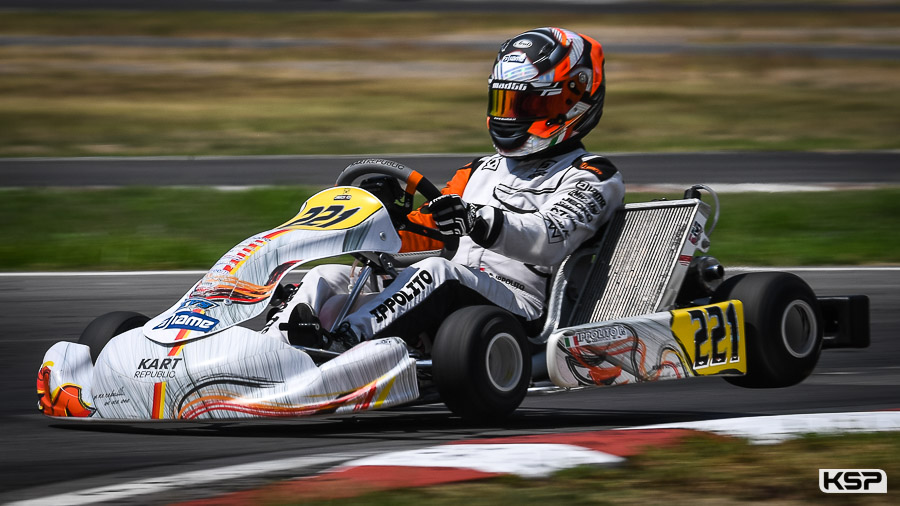 Kean Nakamura-Berta (KR/Iame) took the lead of the first session on the second lap ahead of Maksim Orlov (Parolin/TM). Enzo Deligny (Parolin/TM) took the lead on lap 4, but David Walther set the fastest time – 54’556 – on his sixth lap. Harley Keeble (Birel ART/TM), like eight other drivers, was not classified due to the non-observance of the starting rule and lost his 2nd place. Deligny was thus placed 2nd ahead of Nakamura-Berta. Arthur Rogeon (KR/Iame) was not classified.