F4 Academy: The favourites in Qualifying

The Qualifying session was held on a perfectly dry Spa-Francorchamps track on Thursday 28th July in the middle of the afternoon. The 25-minute session saw a fierce battle for the top positions. In the end, it was the top three in the provisional French F4 Championship standings who set the fastest times, with Australian Hugh Barter on pole ahead of Japan’s Souta Arao (in the photo below) and Frenchman Alessandro Giusti. 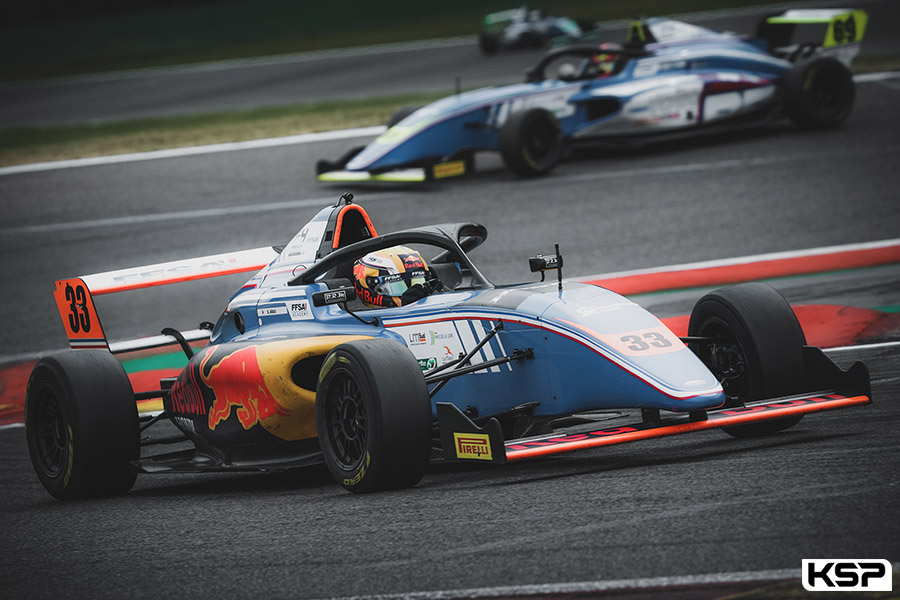 Once again, the young academicians had to deal with a number of parameters, notably the temperature rise of the tyres, the slipstream phenomenon and the traffic. On his third lap, Barter was the fastest in 2’25″187, just a few hundredths faster than Elliott Vayron, Alessandro Giusti, Colombia’s Jeronimo Berrio and Enzo Peugeot. The duel between these drivers continued throughout the session.

On the next lap, Hugh Barter posted the best performance in 2’24″468. Souta Arao also shifted into top gear with two excellent laps in quick succession, but was 13 hundredths behind his rival. Alessandro Giusti also managed to go under 2’25, as well as Jeronimo Berrio, who is getting better and better with each race. Japanese driver Yuto Nomura was just four thousandths ahead of Elliott Vayron for 5th place.

Louis Pelet, Mateo Villagomez, Enzo Peugeot and Romain Andriolo completed the top 10 of this session which establishes the starting grid for Race 1 on Saturday morning. This ranking is reversed for these 10 drivers at the start of Race 2, so Andriolo will have the honour of starting from pole position on Saturday afternoon, as he did on the streets of Pau in May.

The aim of this Qualifying session was also to achieve two fast laps, as the best of the second laps of each driver determines the grid for Race 3 on Saturday morning, which will run a few hours before the start of the prestigious and very popular 24 Hours of Spa-Francorchamps. On this occasion Barter will again start 1st ahead of Arao and Giusti. This time Vayron will start in 4th position ahead of Pelet.

Several drivers took advantage of the end of the session to do a lap at moderate speed to cool down their tyres, but few of them managed to improve.