OK: magnificent victory for Nakamura-Berta and superb comeback for Deligny 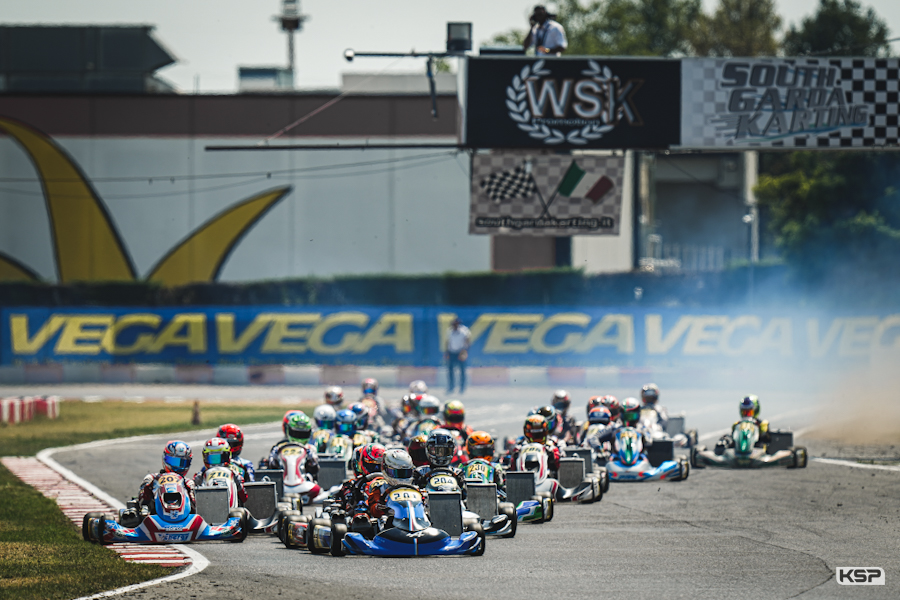 Kean Nakamura-Berta (KR/Iame) and Tomass Stolcermanis (Energy/TM) shared the front row of the WSK Euro Series #1 OK Final, while Enzo Deligny (Parolin/TM) started from 24th after a mechanical problem in the Prefinal. The temperature was 32° on the Lonato circuit.

Behind the leader Nakamura-Berta, Joel Bergstrom (Exprit/TM) had taken 2nd place followed by Yuanpu Cui (KR/Iame) and Stolcermanis. Deligny had gained 10 places in three laps. The gaps were already widening at the front between Nakamura, Bergstrom and Cui while Deligny set a best time in 11th position behind Rashid Al Dhaheri (Exprit/TM) who made a similar recovery. Cui came back on Bergstrom, Stolcermanis in 4th was distanced, Danny Carenini (Tony Kart/Iame) was 5th. Deligny passed Al Dhaheri for 9th position. At the halfway point, leader Nakamura had a 1.4″ advantage over Bergstrom and continued to push. Jiri Becicka (Parolin/TM) entered the top five. Deligny managed to get into the top five (+19 pl) on the penultimate lap. Nakamura-Berta won the race with the best lap, 1,7” ahead of Bergstrom who had contained Cui. Stolcermanis secured 4th position far ahead of Deligny. 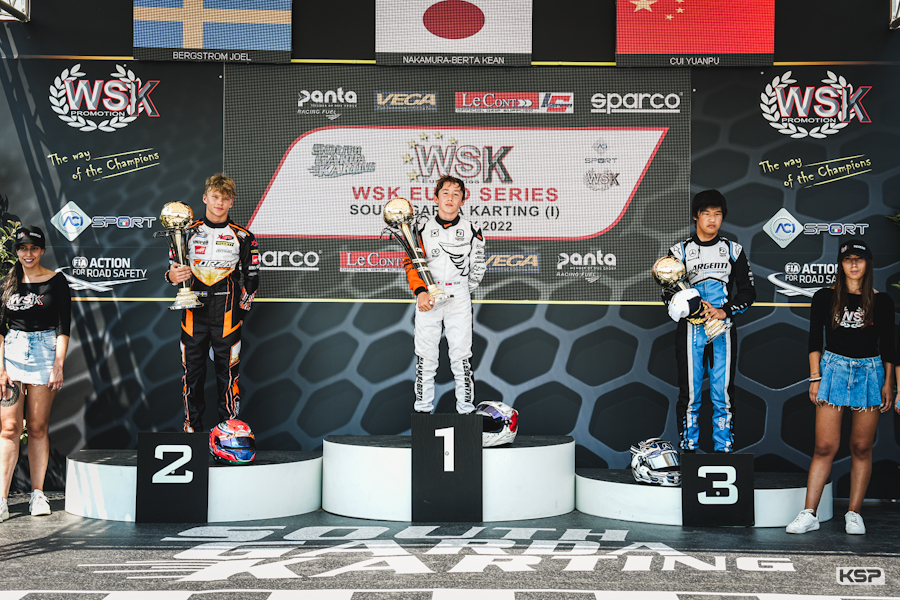