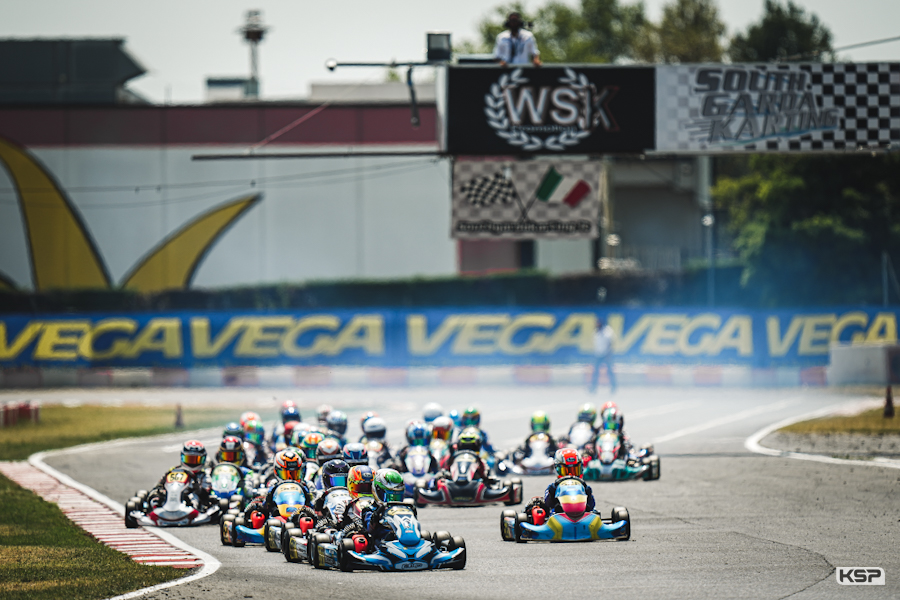 The heat was on for the Mini Final of the WSK Euro Series #1 in Lonato. Vladimir Ivannikov (EKS/TM) and Dean Hoogendoorn (Alonso Kart/Iame) were on the front row ahead of Christian Costoya (Parolin/TM) and Oliver Palocko (Parolin/Iame) for 10 laps of battle.

Costoya immediately followed Ivannikov, with Hoogendoorn 3rd, Iacopo Martinese (Parolin/Iame) 4th and Filippo Pancotti (Parolin/Iame) 5th. Louis Cochet (Parolin/Iame) was 11th, while Alessandro Truchot (Parolin/TM) had recovered 10 places to 19th. Pancotti took 3rd ahead of Martinese and Costoya while Ivannikov and Hoogendoorn were in the lead. Martinese then moved up to 3rd followed by Illie Tristan Crisan (Alonso Kart/Iame). Ivannikov won by 0,250” against Hoogendoorn who could do nothing. Martinese secured the third step of the podium ahead of Crisan, who was then demoted by two places. Pancotti was 4th and Palocko 5th. Costoya had to settle for 8th place. Cochet finished in the top 10 with a gain of five places, Truchot finished 17th (+12 pl). 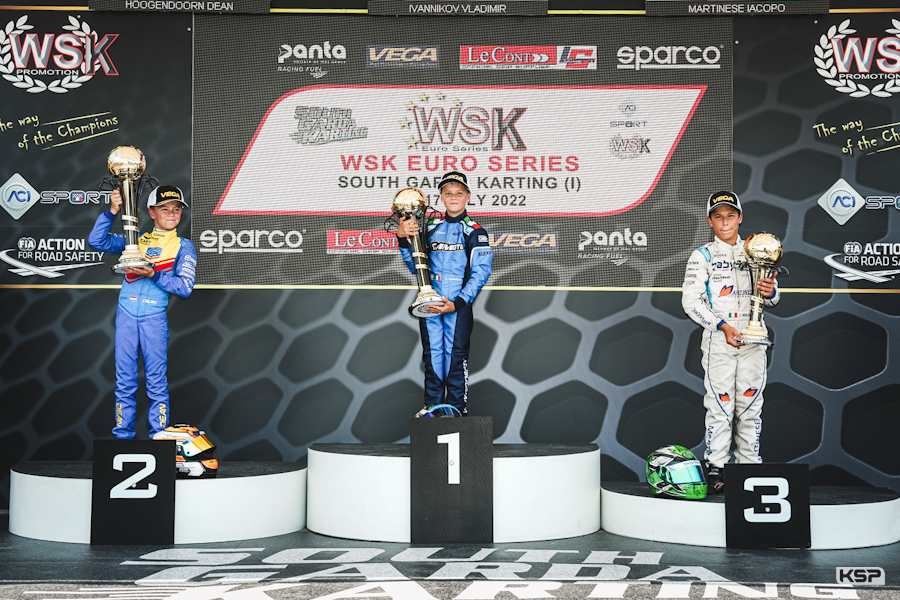 Przyrowski wins the Final in OK-Junior