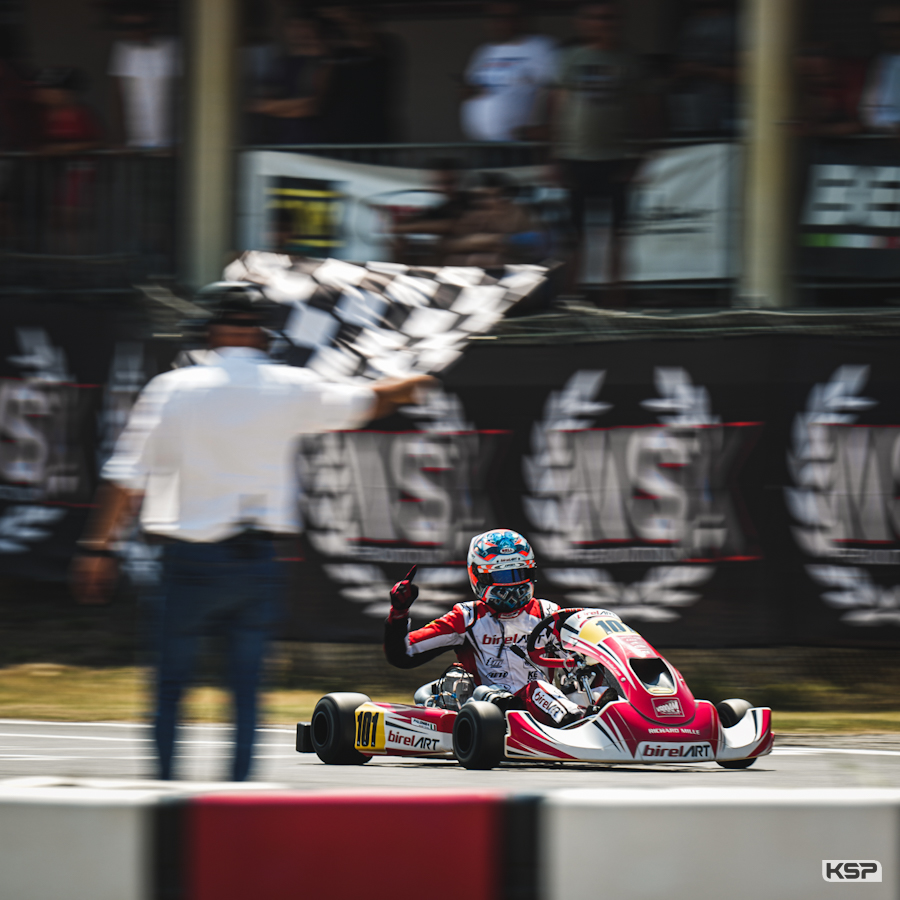 Jérémy Iglesias (CRG/TM) shared the front row of the KZ2 Final in Lonato with Giuseppe Palomba (Birel ART/TM). The return of CRG was confirmed with the second row composed of Viktor Gustafsson (CRG/TM) and Alex Irlando (CRG/TM).

Danilo Albanese (KR/Iame) did not start in his place. Palomba took the lead at lights out with Gustafsson 2nd ahead of Iglesias then Irlando and Andrea Dale (CRG/TM). Iglesias was soon back in 2nd and closed in on Palomba with a series of fastest laps. Tom Leuillet (Birel ART/TM) had regained 10 places in 21st position. At the halfway point, Iglesias had dropped a few tenths behind Palomba, the solid leader. The Frenchman came back at the end of the race, but in vain. Palomba won the race without weakening. Iglesias followed by 5 tenths ahead of three other CRG drivers, Gustafsson, Irlando and Jorge Pescador. Cristian Bertuca (Birel ART/TM) had moved up 10 places to 9th, as had Leuillet in 21st with a 3 second penalty. Albanese finished 19th after missing the start. Téo Blin (Tony Kart/Vortex) finished 28th. 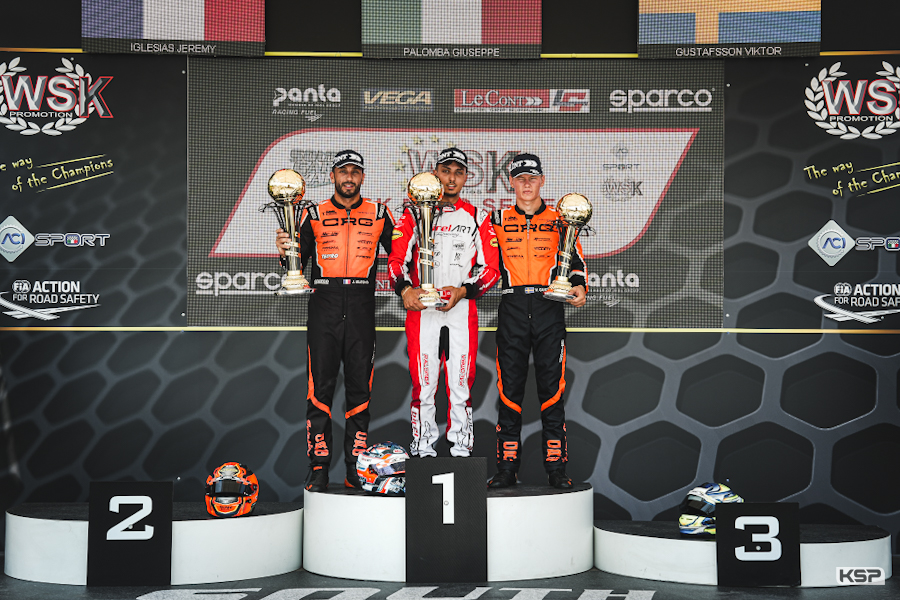 Provisional results pending the publication of the Final rankings.

OK: magnificent victory for Nakamura-Berta and superb comeback for Deligny