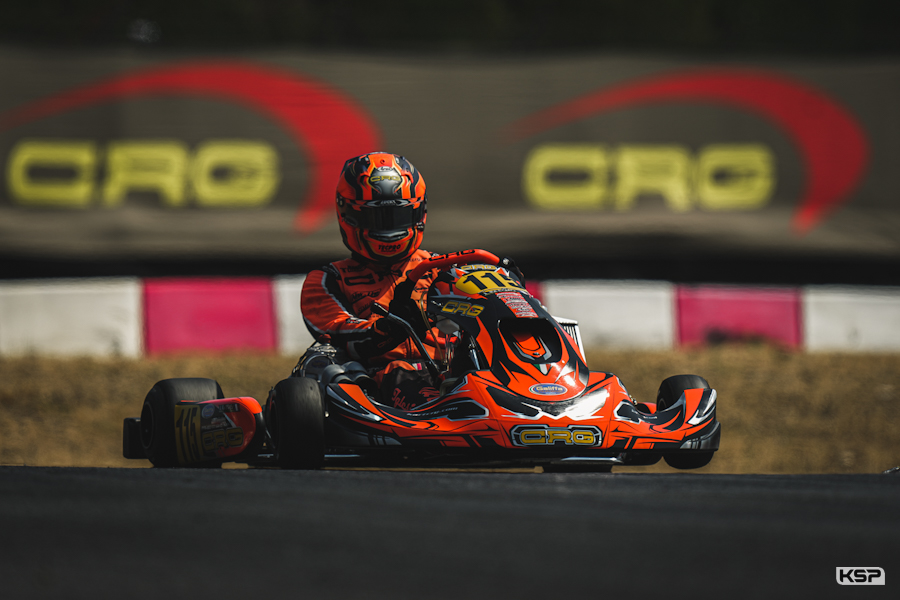 Jérémy Iglesias (CRG/TM) missed his start, so Alex Irlando (CRG/TM) took the lead ahead of Danilo Albanese (KR/Iame), Viktor Gustafsson (CRG/TM) in 4th and Tom Leuillet (Birel ART/TM) 5th. The battle was on. Iglesias was back in 2nd place, Giuseppe Palomba (Birel ART/TM) 4th with the fastest lap. After contact, Albanese dropped back to 7th behind Genis Civico (Birel ART/TM). Iglesias regained the lead on the fourth lap. Leuillet moved up to 4th ahead of Irlando. The positions stabilised before the halfway point. But Palomba and Leuillet were gradually closing in on Gustafsson. Iglesias set a fastest time to increase his lead to 1.1″. Palomba took 2nd place on lap 12, Leuillet was forced to retire due to mechanical problems. Iglesias took a superb victory ahead of Palomba and Gustafsson, followed by Irlando and Albanese in the top five. Téo Blin (Tony Kart/Vortex) was 23rd (+4 pl).

Provisional results pending the publication of the definitive rankings.

Nakamura-Berta the winner of the OK Prefinal