Lonato: Iglesias takes the lead in the KZ2 heats 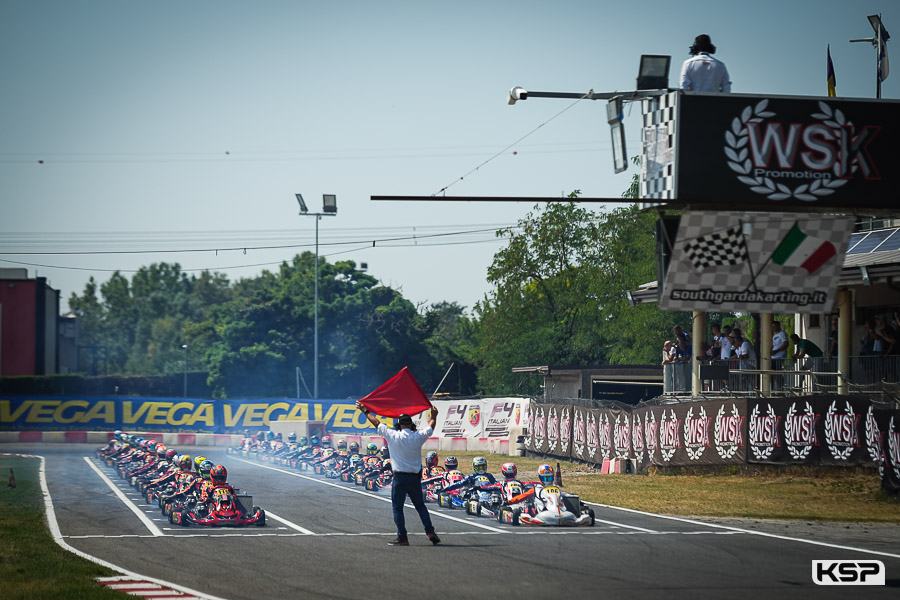 Even though the KZ2 grid of the WSK Euro Series is far from that of a European Championship, the presence of several top drivers ensures the interest of the competition. The temperature was well over 30° in the afternoon. It was a pleasure to see Jérémy Iglesias (CRG/TM) fighting at the front. Despite the two victories for poleman Danilo Albanese (KR/Iame), Jérémy managed to get to the front in the third race, which he won against his team-mate Viktor Gustafsson (CRG/TM), while Albanese had to be content with 5th place. The return to form of the CRG Racing Team is also good news. Gustafsson was 3rd ahead of Genis Civico (Birel ART/TM), who was very competitive with the Modena asd team, and Alex Irlando (CRG/TM). Tom Leuillet (Birel ART/TM) was 5th, delayed by a dropped spoiler in Heat 3. Oscar Targett (Birel ART/TM) gained two places in 8th position, Giuseppe Palomba (Birel ART/TM) was back up to 11th after his missed qualification for not respecting a new rule. Cristian Bertuca (Birel ART/TM) dropped to 22nd after two bad results. Téo Blin (Tony Kart/Vortex) finished 27th behind Karol Pasiewicz (Birel ART/TM).