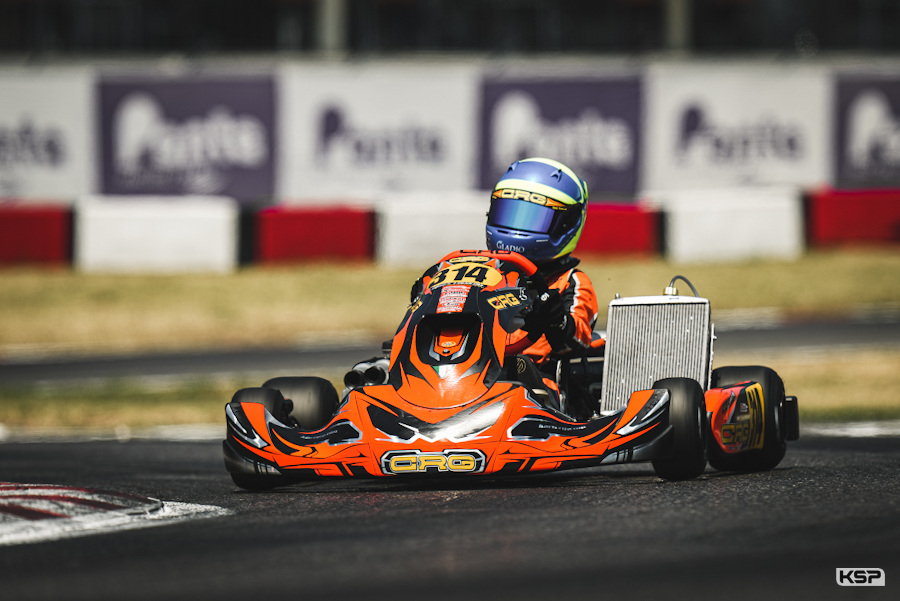 The 66 OK-Junior drivers of the WSK Euro Series in Lonato started their Qualifying Practice in three groups in temperatures of 30° on Friday midday. The participants did not delay entering the track according to the new WSK rule and the best times were achieved between the third and sixth lap.

Session 1: Ramaekers – 47”729
Ghazi Motlekar (Parolin/TM) set the fastest first lap in 48”207. Enzo Tarnvanichkul (Tony Kart/Vortex) improved on his third lap with a time of 48”162, but Thibaut Ramaekers (KR/Iame) was the fastest in the fourth lap with a time of 47”781. He finished in the lead with a sixth lap in 47”729 ahead of Luviwe Sambulda (KR/Iame) and Martin Molnar (Energy/TM). Maciej Gladysz (LN/Vortex) finished 4th and Alex O’Grady (Exprit/TM) 5th.

Mini Qualifying: Zulfikari on pole for the WSK Euro Series

Albanese starts on pole position in KZ2 at Lonato