Home News National Event Who will win the half-time title in the DKM?

Who will win the half-time title in the DKM?

Next weekend, the anniversary season of the German Kart Championship is already at half-time. For the first time this year it goes to the south of Germany, at the Schweppermannring in Ampfing the half-time champions will be crowned in the classification races five and six. 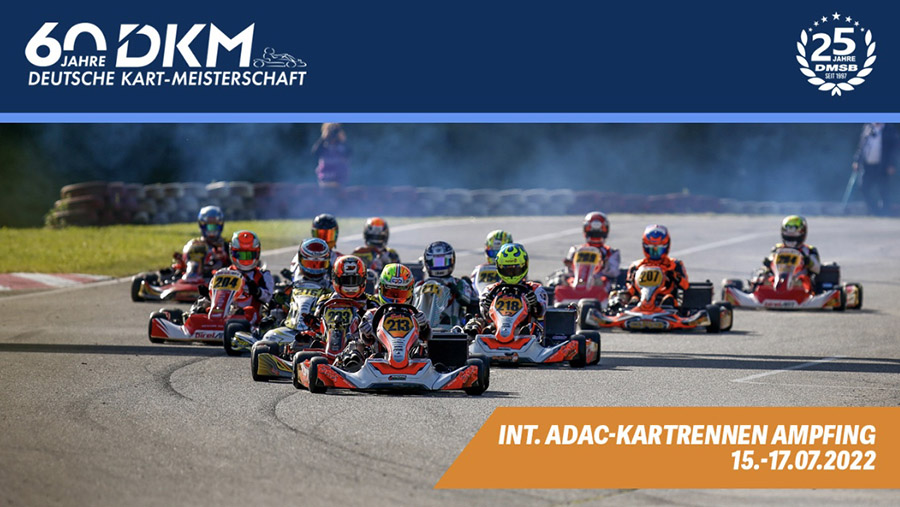 After Kerpen and Genk (Belgium), the four predicates DKM, DJKM, DSKM and DSKC travel on to Ampfing. The 1,036-meter-long track is the shortest on the race calendar, but still offers a lot of fun for the drivers. Especially a tight infield and a high-speed chicane often make the difference at the Schweppermannring.

For the participants, it is about adding a first exclamation point with the half-time title. The field of the DKM is balanced: Led by Maxim Rehm (Rehm Racing), he and the sixth-placed Lenny Ried (Lanari Racing Team) are separated by only 23 points. In addition to the two, reigning champion Niels Tröger (SRP Racing Team) and Kevin Lantinga (Falcon Racing Team) have also won a race this season. TB Racing drivers Kiano Blum and Lars van Vark are also part of the leadership sextet.

It is also really tight with the juniors. Here, the two Falcon Racing protégés Jens Treur and Tobias Bille Clausen are separated by only one point. While Clausen has already won two races, Treur is still waiting for his first success. In the chasing role, the best German driver Tom Kalender (TB Racing Team) is in third place. The French driver Maxen Verbrugge (TB Racing Team) dominated the races in Genk and is fifth in the championship.

Seven-time champion Jorrit Pex (SP Motorsport) still has something to prove this year. Even though he has not won any of the first four races, the Dutch driver convinces again with consistency and is at the top of the standings before half-time. But nothing has been decided yet: Kris Haanen (SP Motorsport) and Daniel Stell (Haak Motorsport) line up behind him. While Haanen took a double victory in Kerpen, Stell was successful twice in Genk.

With 45 participants, a full house awaits again in the DMSB Shifter-Kart Cup. The current leader is the German driver Ben Dörr (Dörr Motorsport). With one triumph each in Kerpen and Genk, he consolidated his top position. Kerpen winner Karl Lukaschewsky and Sebastian Kraft, both from the SRP Racing Team, are tied with 20 points behind. The fourth Christian de Kleijn (CRG Holland) is currently another five points behind but made a big leap forward in Genk with a win and second place.

The team classification enjoys a lot of attention this year. A total of 50,000€ will be distributed among the ten best teams. The standings are currently led by the Falcon Racing Team (222 points) ahead of SP Motorsport (205 points) and the TB Racing Team with 201 points.

Already from Friday on it starts for the participants with the free trainings. Things will get serious from Saturday with qualifying and heats. These determine the starting grids of the finals on Sunday. In Ampfing, spectators are also welcome at the racetrack. Both race days will also be accompanied by an extensive live stream on www.kart-dm.de and www.youtube.com. For over ten years, there have been up to 16 hours of live images of each DKM race weekend. In addition, fans will receive background information on the social media channels of the German Kart Championship.

All information about the race weekend can be found in the DMSB portal.

Great start for the WSK Euro Series in Lonato

DKM: Will the first decisions be made in the Arena E?