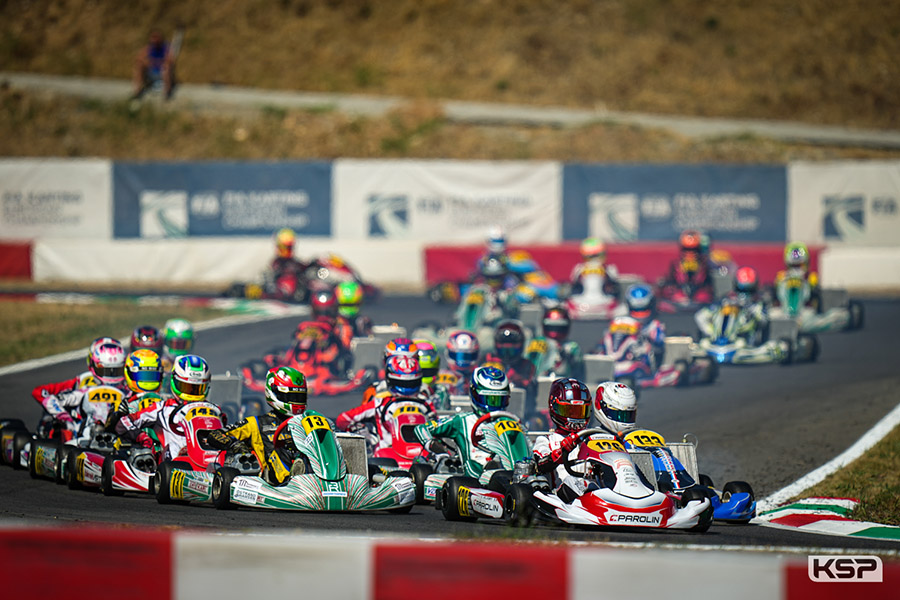 It was 24° and great weather on Sunday morning for the Super Heat A of the FIA Karting European Championship – OK in Franciacorta. Enzo Deligny (Parolin/TM) started from pole position next to Kean Nakamura-Berta (KR/Iame). Caspian Hagman (Tony Kart/Vortex) was immediately in the lead, but later on there was a problem and he went out in the dirt. Nakamura then took first place ahead of Deligny, Tuukka Taponen (Tony Kart/Vortex), then several lengths behind, Karol Pasiewicz (Birel ART/TM) and Harley Keeble (Birel ART/TM). Deligny set the fastest time and came back to Nakamura to attack him on lap 7. Taponen followed in 2nd place and Keeble moved up to 3rd. Douwe Dedecker (KR/Iame) got back into the top five by passing Pasiewicz. Deligny was faster than ever and continued his clear round to win. He crossed the finish line almost a second ahead of Taponen, Deligny then received a 10″ penalty for causing a collision and found himself in 13th place. Taponen was declared the winner ahead of Nakamura, 2″ further back. Keeble finished 3rd, Dedecker 4th and Ean Eyckmans (Tony Kart/Vortex) 5th. Tomass Stolcermanis (Energy/TM) moved up eight places to 6th. Arthur Rogeon (KR/Iame) moved up nine places to 11th, just behind Freddie Slater (LN/Vortex). 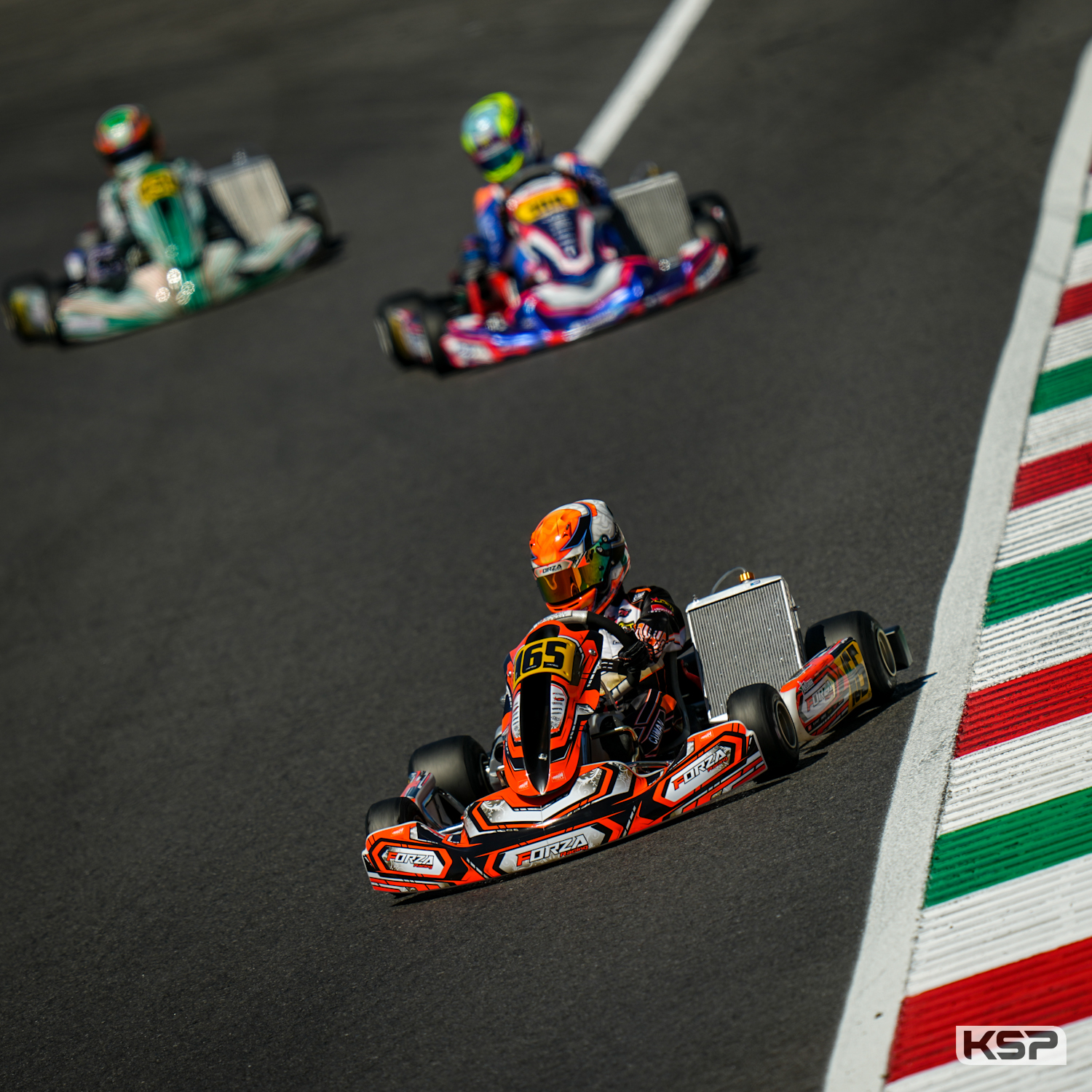 Nicolo Cuman (Exprit/TM) led Super Heat B from pole position ahead of Evan Giltaire (KR/Iame), Tereza Bábí?ková (Tony Kart/TM), Albin Stureson (Exprit/Vortex) and Alex Powell (KR/Iame). An incident caused a chain reaction shortly after the start. Joe Turney (Tony Kart/Vortex) was in 9th place, having gained three places. Zachary David (KR/Iame) had a bad start and was 6th ahead of Maksim Orlov (Parolin/TM). In the lead, Cuman gradually distanced Giltaire under the pressure of Bábí?ková. David Walther (Tony Kart/Vortex) had his sights set on Turney’s 7th position, while David passed Stureson for 5th. Turney lost several places without being able to resist. Cuman won the race with the best lap and a 2” advantage on Giltaire. Tereza Bábí?ková secured a superb 3rd position against Powell and David. Eliška Bábí?ková (Tony Kart/TM) finished 9th behind Matheus Morgatto (KR/Iame). Turney was 11th.