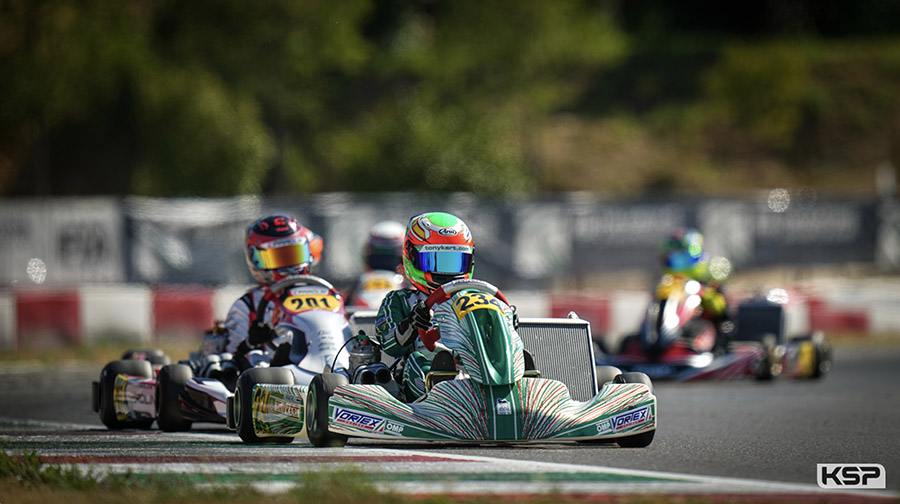 The weather was already warm at Franciacorta for the start of Super Heat A of the FIA Karting European Championship – OK-Junior. Enzo Tarnvanichkul (Tony Kart/Vortex) started strongly from the outside and managed to finish the first lap in 3rd position, while Anatholy Khavalkin (Parolin/TM) led ahead of Kirill Kutskov (Birel ART/TM). The Thai driver was 2nd on the second lap and the duel with Khavalkin was under way. Tarnvanichkul took the lead on the fourth lap. Guillaume Bouzar (Tony Kart/Vortex) overtook his teammate Dmitry Matveev (Tony Kart/Vortex) to enter the top five. Andy Consani (Sodi/TM) remained in 12th place, Jules Caranta (Energy/TM) was back in 18th and Arthur Dorison (Tony Kart/Vortex) 25th with a gain of nine places. Adam Hideg (Sodi/TM) followed Kutskov for 3rd place. Khavalkin had a drop in speed on the 10th lap which caused a regroup. Bouzar took advantage of this to move up to 3rd, Kutskov responded immediately. Tarnvanichkul won 1,2” ahead of Khavalkin. Kutskov took 3rd place 1,2” further back with Bouzar in his wake. Hideg finished 5th ahead of Matveev. 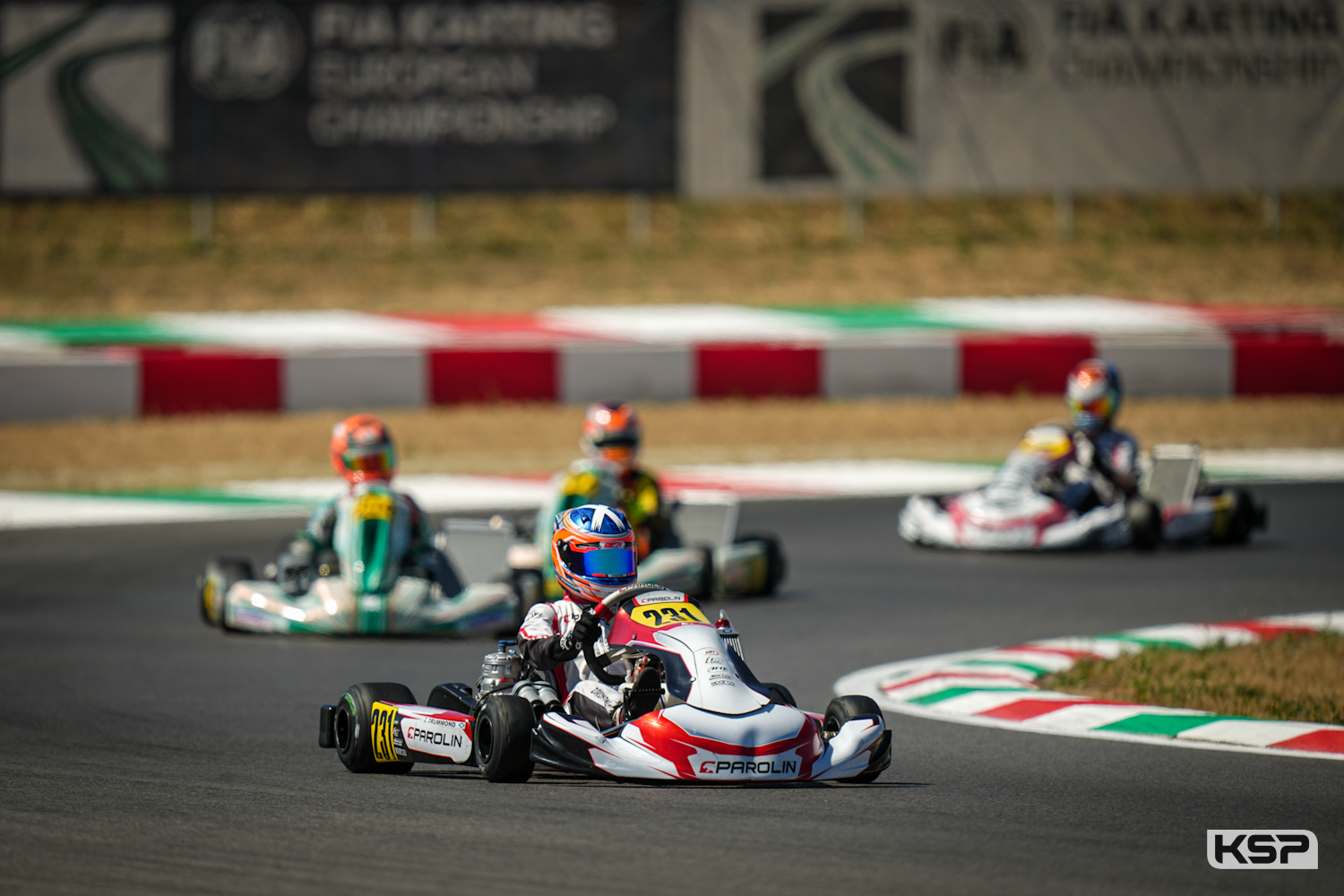 Jan Przyrowski (Tony Kart/Vortex) and Kirill Dzitiev (Tony Kart/Vortex) started on the front row of Super Heat B ahead of Jimmy Helias (Tony Kart/Vortex). The Frenchman was in 2nd place on the first lap, while Nathan Tye (Sodi/TM) had moved up four places to 3rd ahead of Zac Drummond (Parolin/TM) +6 places. Dzitiev had fallen to 6th, while Przyrowski was leading. Tye was fighting with Drummond, but was able to break away from a restless group now led by Thibaut Ramaekers (KR/Iame). Helias was close to the leader Przyrowski. Maxens Verbrugge (KR/Iame) was 13th. Drummond moved up to 3rd ahead of Dzitiev and Tye with Rene Lammers (Parolin/TM) back in 6th. Drummond and Dzitiev joined the leading Tony Kart duo. Drummond took the lead on lap 10, Helias was 4th before being attacked by Lammers. Drummond won against Przyrowski, Dzitiev 3rd, Lammers 4th, Helias 5th and Tye 6th. Verbrugge finished 14th after a number of battles.