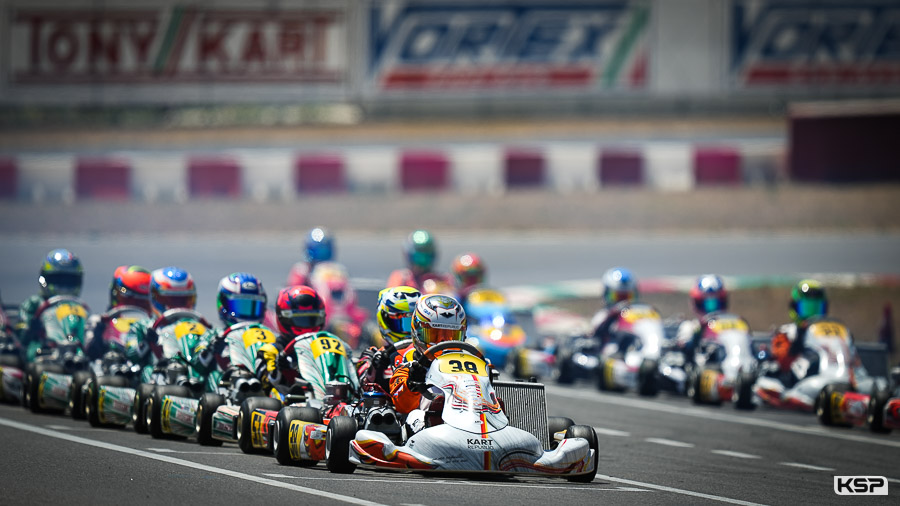 In Franciacorta, the heats were not easy to win. A significant number of penalties were applied while the track’s grip caused several underperformances. A rain shower slowed down the pace late Friday afternoon. At the end of this difficult exercise, Taym Saleh (KR/Iame) and Anatholy Khavalkin (Parolin/TM) finished with the same total of eight points, two wins against three. Maciej Gladysz (LN/Vortex) followed by a point ahead of Nathan Tye (Sodi/TM), with one win each. Alfie Slater (LN/Vortex) moved up nine places to 5th place ahead of Martin Molnar and Elliot Kaczynski. Emanuele Olivieri (IPK/TM) and Andres Cardenas (Energy/TM) made it into the top 10 ahead of Thomas Strauven (LN/Vortex), who was 2nd in Qualifying.