Ten weeks after the season kick-off in Kerpen, the German Kart Championship is going to start into its next round. In Belgian Genk, more than 100 drivers are going to start and fight for further Championship points in the four grade series DKM, DJKM, DSKM and DSKC in the anniversary season. 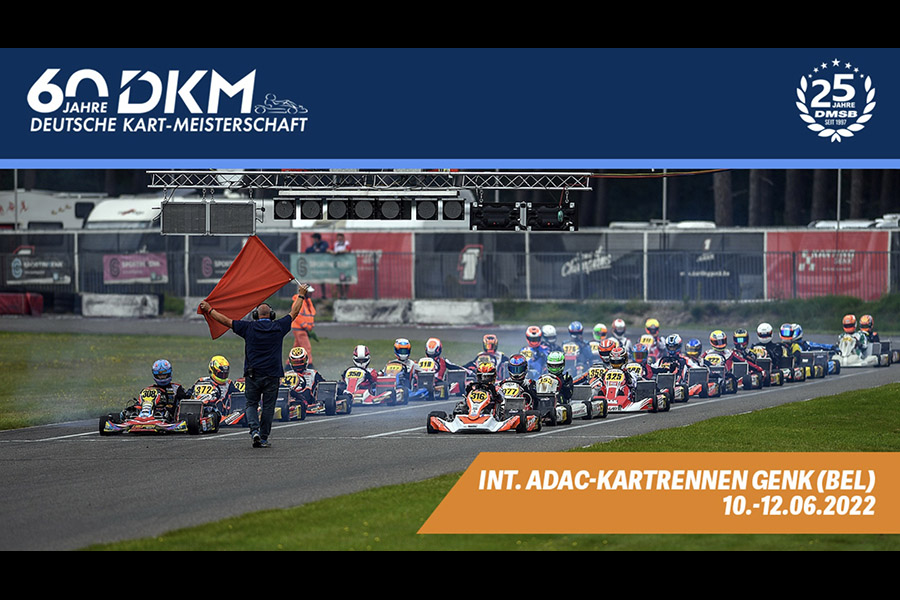 On the first weekend of April, the kick-off to the anniversary season of the German Kart Championship took place. For 60 years, the Championship has been shaping kart racing and has often been the starting point of successful motorsports careers for young drivers. At the first event, spectators saw balanced races. Only Kris Haanen (SP Motorsport) – DKM-Champion 2020 – achieved a double victory. In the DSKM, the Dutchman was unstoppable during the final races. The remaining victories were shared between Lenny Ried, Niels Tröger (both DKM), Douwe Dedecker, Tobias Bille Clausen (both DJKM) as well as Karl Lukaschewsky and Ben Dörr in the DSKC.

After the kick-off, the fields of the four grade series DKM, DJKM, DSKM and DSKC are very close together and there are no clear favorites yet. The 1.360m long track in Genk is among the best in the world and provides enough space for thrilling duels. This season, there is special focus on the team ranking. The most successful team is going to receive 15.000€ prize money at the end of the year. All in all, 50.000€ are going to be divided between the ten best teams. Every participant automatically takes part in the ranking with the two best drivers. The Championship is currently being led by the Maranello SRP Factory Team. Their pursuers Falcon Racing and SP Motorsport are very closely behind though.

Full timetable, lots of live action and a live audience
The participants are already going to start their free trainings on Friday. Things are going to get serious on Saturday with qualifying and the heats. These will determine the starting positions for the final races on Sunday. Just like in Kerpen, there will be a live audience in Genk as well. Both racing days will also be accompanied by an extensive live-stream on www.kart-dm.de and www.youtube.com again. For more than 10 years, there have been up to 16 hours of live images of every DKM-racing weekend. Additionally, fans can get background info on the social media channels of the German Kart Championship.

All information regarding the racing weekend can be accessed at the DMSB-portal: www.dmsb-sport.de

DEKM takes a break in 2022 after four successful seasons