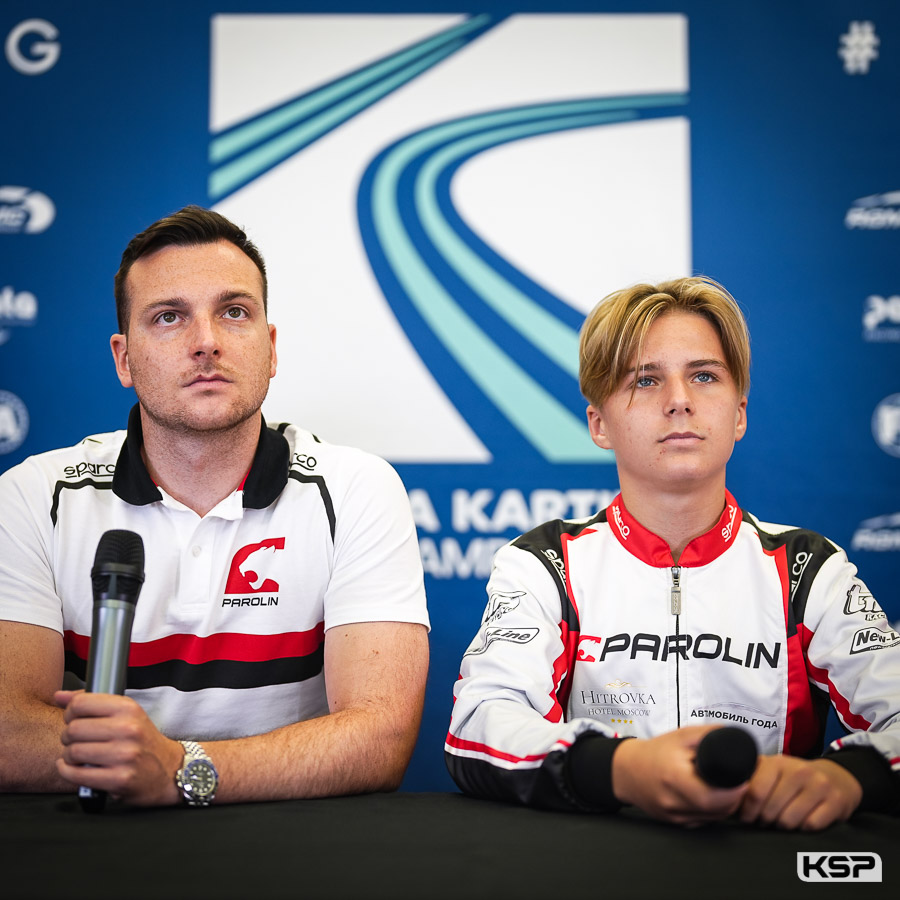 The temperature rose to 23°C on the starting grid of the OK-Junior Final of the FIA Karting European Championship in Kristianstad. Guillaume Bouzar (Tony Kart/Vortex) and Anatholy Khavalkin (Parolin/TM) shared the front row.

The positions stabilised for a while at the halfway point. Matveev then reached 8th position behind Lewis Wherrell (Exprit/TM). Verbrugge retired on the 13th of 21 laps. Khavalkin set the fastest time and started to pull away from Przyroswski on lap 14. Kutskov moved up to 4th position ahead of Bouzar. Dorison had moved up 10 places to 20th. Kutskov continued to move up and took 3rd place at the expense of Tarnvanichkul. The two drivers fought it out with spoilers. Khavalkin won by a second over Przyroswski. Kutskov kept his 3rd position on the line, but he received a 10″ penalty for having caused an incident and ended up 18th. Bouzar inherited 3rd place ahead of Wherrell and Monza. Matveev and Tarnvanichkul were penalised and Tye recovered 8th place and some extra points. Dorison was 17th, Caranta 21st, Helias 26th with a dropped spoiler.