On Sunday morning, the Super Heats of the FIA European Karting Championship – OK-Junior were getting under way in dream weather on the Kristianstad circuit. 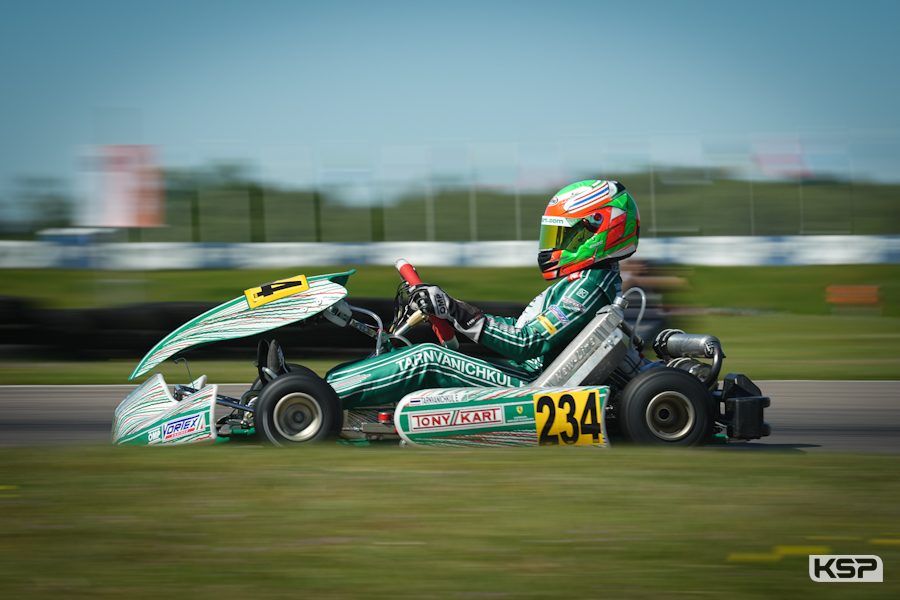 Enzo Tarnvanichkul (Tony Kart/Vortex) immediately took the lead over Anatholy Khavalkin (Parolin/TM) at the start of Super Heat A, with Nathan Tye (Sodi/TM) in 3rd place. Khavalkin responded on lap 3. Reno Francot (Birel ART/TM) and Dmitry Matveev (Tony Kart/Vortex) completed the top five. Tye moved up to 2nd place on the fifth of 13 laps. The top three had made the break. Francot and Jimmy Helias (Tony Kart/Vortex) were fighting and the Frenchman retired. Tye was getting closer and closer to Khavalkin and attacked him on the ninth lap for the lead. The Russian’s reply forced the Briton to go wide and lose three places, and Matveev had infiltrated in 3rd place while Tarnvanichkul took the lead. Francot and Kian Fardin (Energy/TM) crashed into each other and bickered ridiculously in the grass. Tarnvanichkul won by 0,581” against Khavalkin, followed by Matveev, Tye and Emanuele Olivieri (IPK/TM). Jules Caranta (Energy/TM) had regained three places to 10th position. 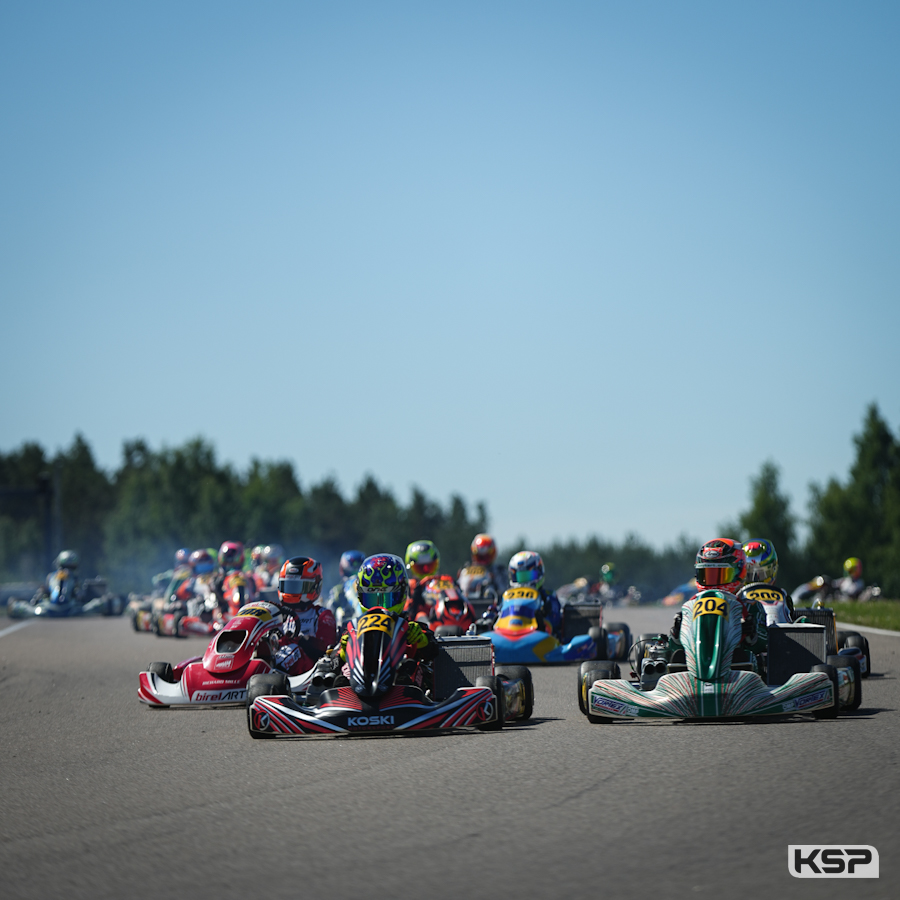 Guillaume Bouzar (Tony Kart/Vortex) started in the lead of Super Heat B followed by Tiziano Monza (KR/Iame), but Jan Przyroswski (Tony Kart/Vortex) quickly recovered his 2nd place. Kirill Kutskov (Birel ART/TM) came back to 3rd against Monza and Nikolas Roos (CRG/TM) was 5th. Maxens Verbrugge (KR/Iame) started well and was back in 7th place in the leading pack, while Andy Consani (Sodi/TM) was back on track in 32nd place after a collision on the first lap. Bouzar was gaining distance as the laps went by. Kutskov was 2nd by more than a second, followed by Przyroswski and Monza. Verbrugge was 5th after a good battle. After a complicated start, Arthur Dorison (Tony Kart/Vortex) was back in 16th position. Roos was 5th again in front of Verbrugge. Bouzar won with 1,4” of a lead and took the pole position for the Final. Kutskov remained 2nd despite pressure from Przyroswski, Monza 4th, Roos 5th, Verbrugge 6th ahead of Maciej Gladysz (LN/Vortex).