The track was dry on Sunday morning in Kristianstad for the OK Super Heats of the third round of the Champions of the Future Euro Series, but the sky remained cloudy. 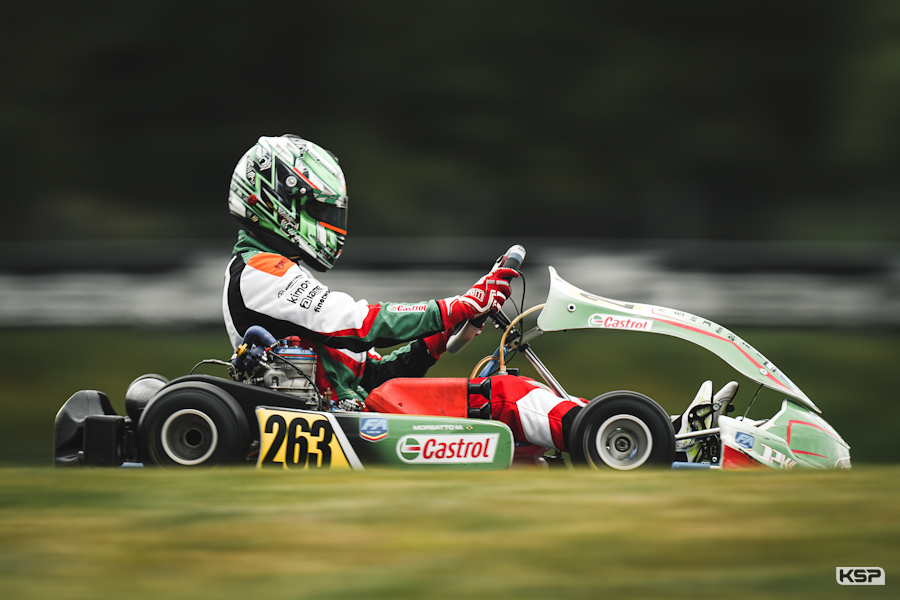 James Egozi (Tony Kart/Vortex) did not start Super Heat 1. Yuanpu Cui (KR/Iame) went off the track while Luigi Coluccio (Tony Kart/Vortex) and Matheus Morgatto (KR/Iame) battled for the lead. Karol Paciewicz (Birel ART/TM) was 3rd ahead of Alex Powell (KR/Iame) and Tuukka Taponen (Tony Kart/Vortex). Lorenzo Travisanutto (Parolin/TM) had crashed out of 20th position. Coluccio tried to make a difference in the lead from lap 5 onwards against Morgatto. Taponen was 3rd at 1”, Pasiewicz was under threat from Powell in the top five. The two frontrunners were battling it out with the best laps and the outcome remained uncertain. Taponen was too far back to get involved. Coluccio protected his lead for several laps, but Morgatto found the opening at the last corner and won by 9 thousandths on the line. Taponen was 3rd, before being penalised to 6th (spoiler), Powell recovered 3rd place ahead of Rintaro Sato (KR/Iame) and Pasiewicz. Enzo Deligny (Parolin/TM) finished 11th, 26 thousandths behind his team-mate Maksim Orlov (Parolin/TM). 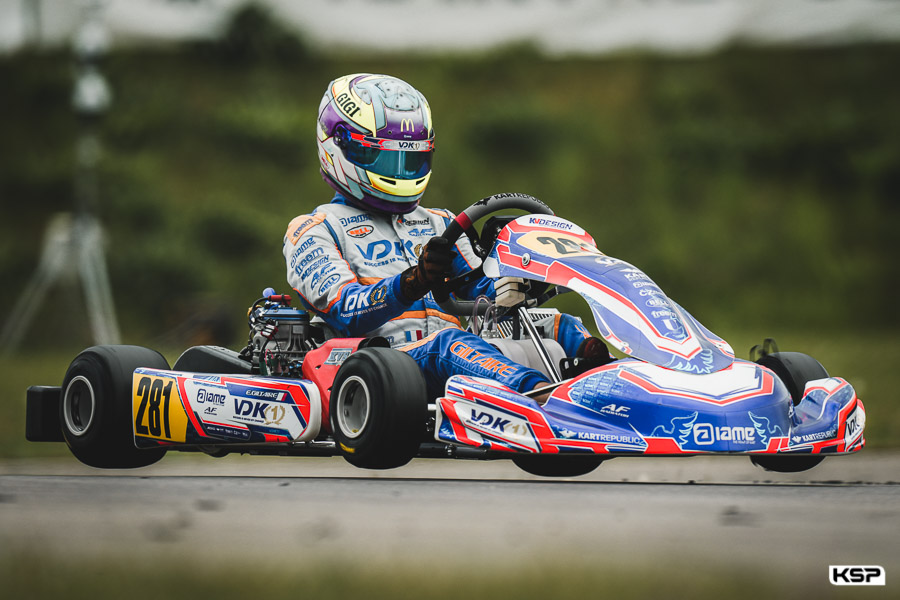 Evan Giltaire (KR/Iame) and Arthur Rogeon (KR/Iame) shared the front row at the start of Super Heat 2 and Malo Bolliet (KR/Iame) started from 5th place. After two false starts, the race was finally underway. Several karts went off the track on the first lap. Juho Valtanen (Tony Kart/Vortex) took the lead ahead of Giltaire, Freddie Slater (LN/Vortex) remained in 3rd, followed by Luka Sammalisto (KR/Iame) then Bolliet and Rogeon. On the sixth lap, Giltaire managed to take back the lead from Valtanen, who also lost out to Slater. At the halfway point, Matheus Ferreira (KR/Iame) was in 5th position followed by Gabriel Gomez (CRG/Iame). The leader Giltaire was 6 tenths ahead of Slater and seemed to be able to maintain the gap. The Frenchman did better than that, winning by 1,3” ahead of Slater. Valtanen was 3rd on the line ahead of Sammalisto and Ferreira. Rogeon finished 7th followed by Joe Turney (Tony Kart/Vortex), Kean Nakamura-Berta (KR/Iame) and Bolliet in 10th.

Gladysz and Khavalkin win the OK-Junior Super Heats in Kristianstad