Gladysz and Khavalkin win the OK-Junior Super Heats in Kristianstad

The sky was still grey in Kristianstad on Sunday morning for the OK-Junior Super Rounds of the third round of the Champions of the Future Euro Series. The track was dry, but rain could return at any moment. 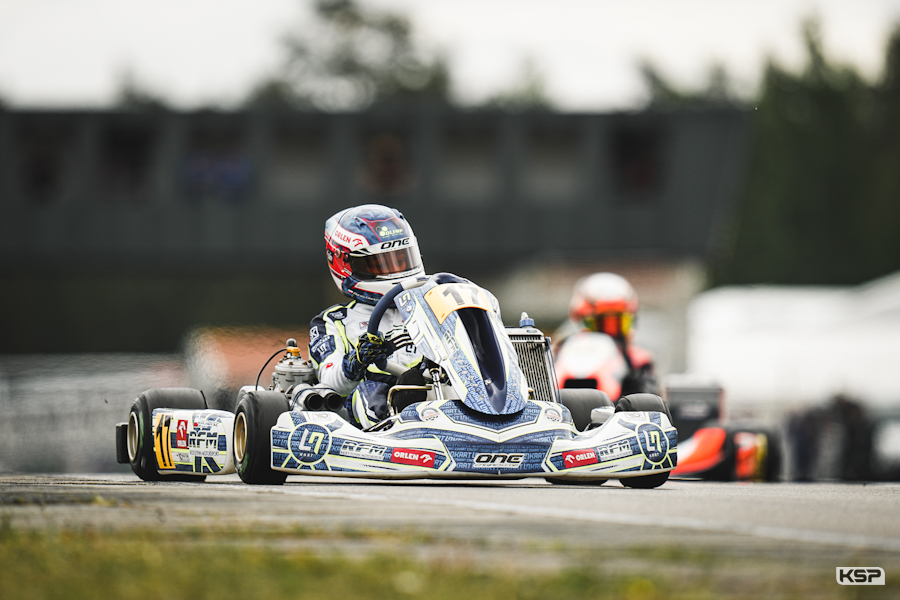 Dmitry Matveev (Tony Kart/Vortex) unsurprisingly led Super Heat 1 ahead of Jan Przyrowski (Tony Kart/Vortex) who dropped back to 5th shortly afterwards. Reno Francot (Birel ART/TM) retired on the first lap. Maciej Gladysz (LN/Vortex) had regained 2nd place 6 tenths behind the leader, followed by Kirill Dzitiev (Tony Kart/Vortex) and Nathan Tye (Sodi/TM). On the fourth lap, Matveev was attacked and found himself in 4th place while Gladysz was leading ahead of Dzitiev and Tye. Dzitiev and Przyrowski made contact and retired, Matveev was delayed in 9th place. Tye took 2nd place ahead of Miguel Costa (KR/Iame), Alfie Slater (LN/Vortex) and Taym Saleh (KR/Iame). At the front, Gladysz increased his lead over Tye slightly, with the duo more than 4″ ahead of the pack. Gladysz took a nice victory over Tye. Costa finished 3rd at 5”, then Slater 4th and Aaron Garcia (Birel ART/TM) took 5th position ahead of Saleh. Matveev was back to 7th place, and Jules Caranta (Energy/TM) finished 16th in the pack. 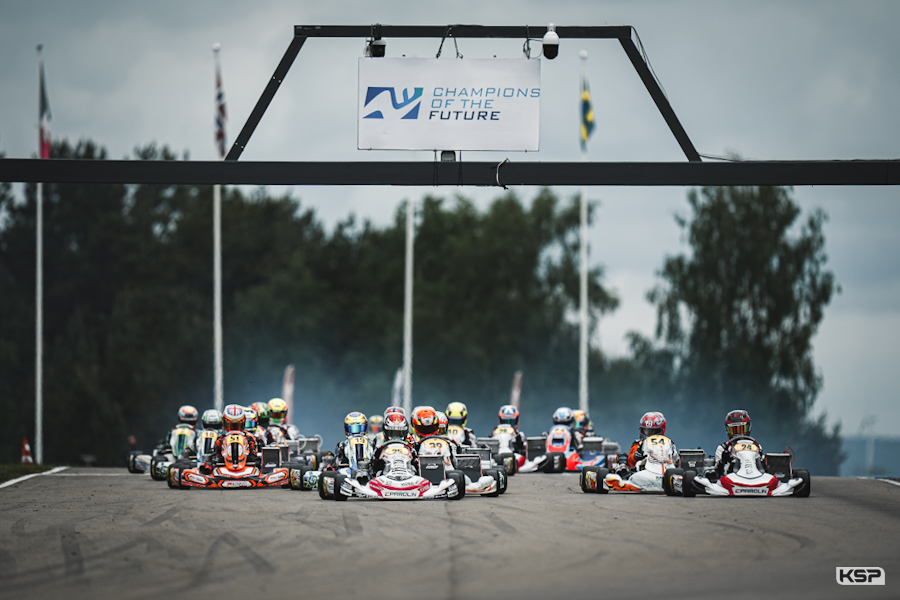 René Lammers (Parolin/TM) got off to a good start in Super Heat 2 ahead of Lucas Fluxa Cross (KR/Iame) and Anantholy Khavalkin (Parolin/TM). Enzo Tarnvanichkul (Tony Kart/Vortex) was 4th and Maxens Verbrugge (KR/Iame) 5th. Fluxa attacked Lammers on the fourth lap and took the lead, while Khavalkin moved up to 2nd ahead of his team-mate. Tarnvanichkul took 3rd place, followed by Verbrugge and Thomas Strauven (LN/Vortex) 5th and Guillaume Bouzar (Tony Kart/Vortex) 6th. Lammers was 7th. Khavalkin was still following the leader Fluxa very closely and was probably thinking about preparing an attack. Bouzar came back to 5th and put more pressure on Verbrugge, passing him on the 11th of the 13 laps. Khavalkin took the lead on the penultimate lap and then defended, causing a group of five drivers behind him. Khavalkin won the race 0,076” ahead of Fluxa. Tarnvanichkul finished 3rd despite the threat of Bouzar and Verbrugge was 5th against Lammers; Arthur Dorison (Tony Kart/Vortex) was 15th, Andy Consani (Sodi/TM) 19th, and Jimmy Helias (Tony Kart/Vortex) finished 22nd.