The 32nd Andrea Margutti Trophy – race organized by Parma Motorsport at the South Garda Karting Circuit in Lonato del Garda – started with several surprising results. The opening day of the weekend kicked off on Friday with qualifying practice where some drivers put in surprising performances and challenged the main candidates to the win. Weather also tried to have its say, but rain fell when the chequered flag had already been waved on the qualifying heats. A total of 244 drivers are present out of the 260 entered from 32 countries in the categories KZ2, MINI Gr.3 and IAME X30 Junior and X30 Senior. 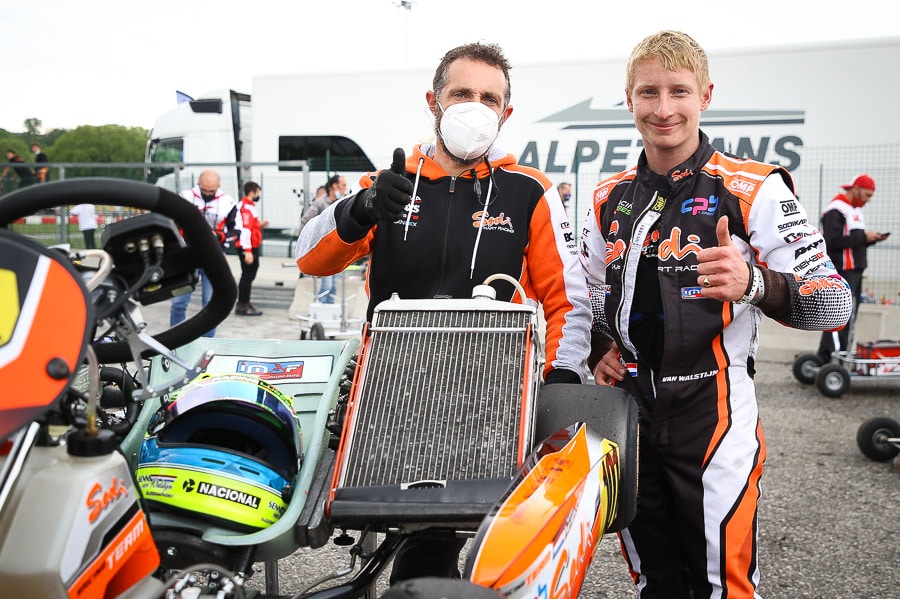 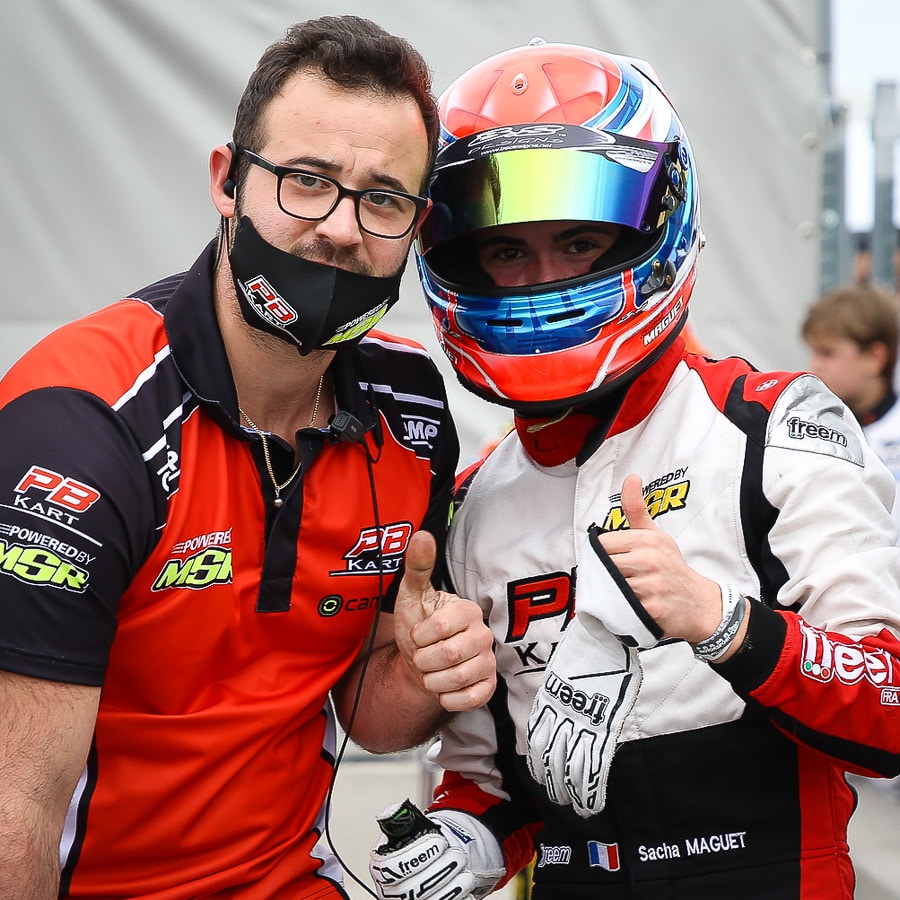 The French Maguet surprises X30 Senior.
Category X30 Senior has 67 drivers at the start and, among these, the French driver Sacha Maguet (BirelART-Iame) posted the fastest time in 48.894s, leading several Italians like Cristian Comanducci (PRK/Tony Kart-Iane), who was the quickest of Series-2 in 49.174s, and Daniele Vezzelli (LGK/EKS-Iame) who posted the fastest time of the third series in 49.326s. The fourth and fifth overall times were posted by Autoeuropeo Motorsport’s pairing on Tony Kart-Iame: Danny Carenini was in fact second in Series-1 in 48.955s and the French Arnaud Malizia was second in Series-2 in 49.174s. 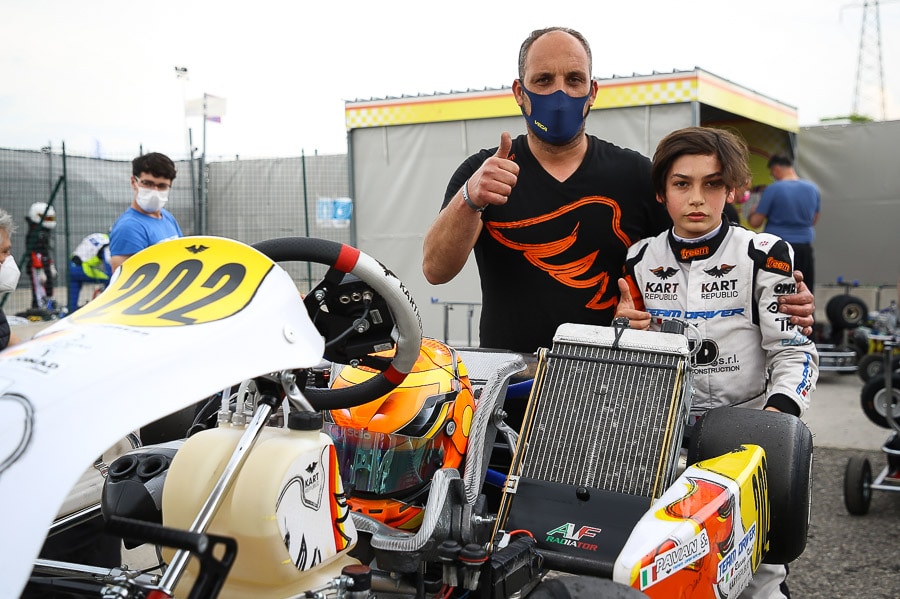 Pavan still on top of X30 Junior.
In IAME X30 Junior, that has 46 drivers at the start, Sebastiano Pavan (Team Driver/KR-Iame) confirmed to be leading the series and in the first session posted the pole position in 50.168s. He led the French Paul Alberto (Tony Kart-Iame) in 50.353s and Riccardo Leone Cirelli (Autoeuropeo/Tony kart-Iame) in 50.416s. In Series-2 Filippo Tornaghi (Ghidella/Top Kart-Iame) secured his first pole position in 50.387s, while Giulio Olivieri (Righetti Ridolfi/Iame) was second in 50.522s and Riccardo Ferrari (Zanchi Motorsport/BirelART-Iame) third in 50.532s. Remarkable was also the excellent debut from MINI to Junior by Tiziano Monza (Team Driver/KR-Iame), who was fourth of Series-2 in 50.545s, while the other rookie René Lammers (Baby Race/Parolin-Iame) was ninth of Series-1 in 50.700s. 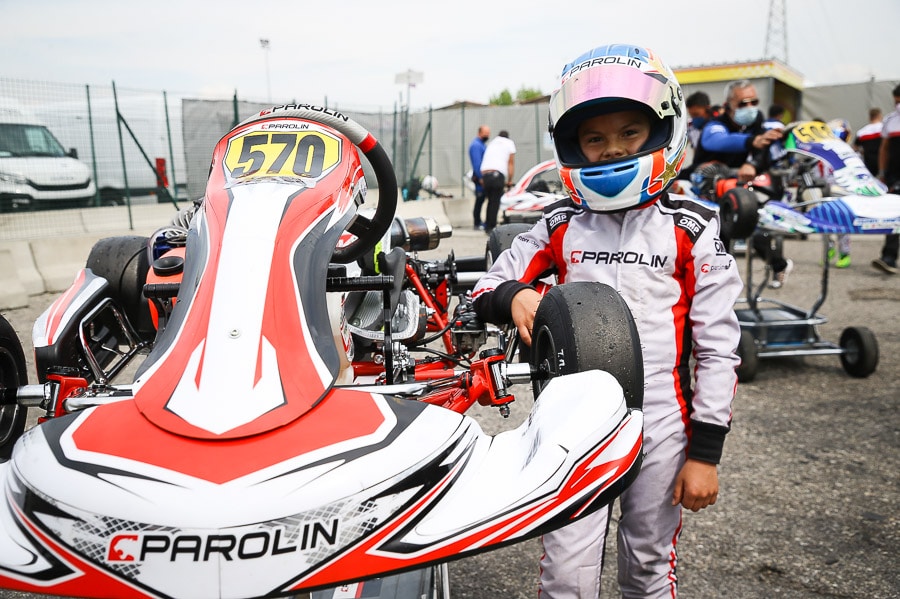 Costoya the fastest of MINI.
The fastest of the 80 drivers at the start of MINI was the Spaniard Christian Costoya (Parolin Motorsport/Parolin-TM Racing), who completed his best loop after 53.402s in the third series. The pole position of Series-1 went to Davide Bottaro (AV Racing/Parolin-TM Racing) in 53.835s and that of Series-2 by the Romanian David Cosma Cristofor (Gulstar Racing/KR-iame) in 53.496s.
The first two MINI heats of the weekend took place in the afternoon. The victory in the first went to Costoya, who led Olivieri and the Swiss Kilian Josseron (Team Driver/KR-Iame), as David Cosma Cristofor was fourth. The victory of the second heat went to the Turkish driver Alp Aksoy (Baby Race/parolin-Iame) from the Brit Alfie Slater (Energy Corse/Energy-TM Racing), to the Chinese Zhenrui Chi (Baby Race/Parolin-Iame) and Davide Bottaro.