The Grand Finale of WSK Super Master in Lonato 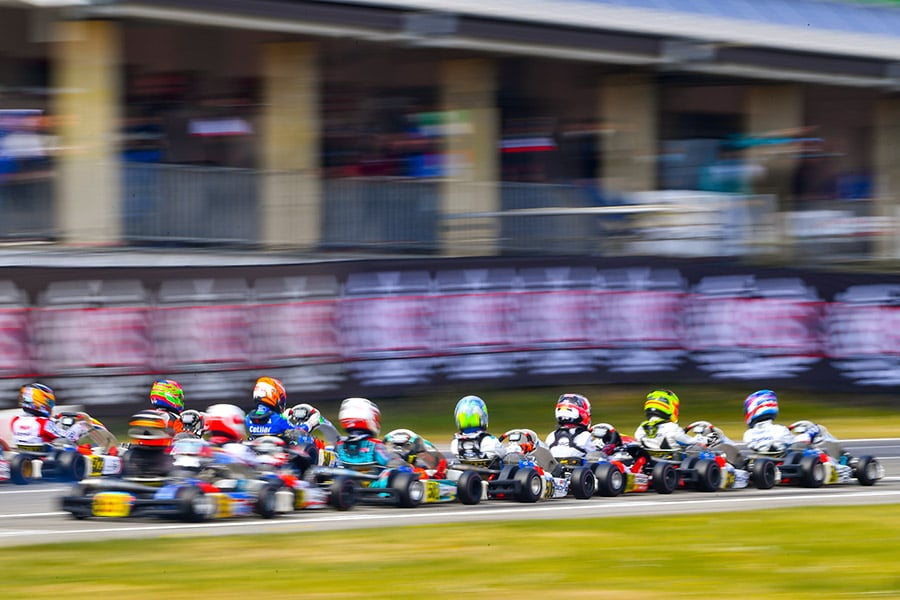 More than 300 drivers are expected to get on track for the closer of WSK Super Master Series next April 22 – 25, 2021 at the South Garda Karting circuit of Lonato. This event is going to be very high level due also to the stakes that are high as the 2021 titles for the categories MINI, OKJ, OK and KZ2 are still to be decided.

The fourth and closing round of WSK Super Master Series will have an increased score, which opens up the chances to take the title to several contenders. The round in Lonato will award a total of 153 points: 13 to the best of the heats, 60 to the Prefinal winner and 80 to the Final winner.

Valtanen leads KZ2.
After the first three rounds of KZ2, Juho Valtanen (KR-TM Racing) is topping the charts at 174 points. He is followed by the Dutch driver Marijn Kremers (BirelART Racing/BirelART-TM Racing) who reached 131 points thanks to the victory in Sarno. Games are still open also for the Swede Viktor Gustavsson (Leclerc by Lennox/BirelART-TM Racing), who had to retire from the Prefinal in Sarno and this cost him the provisional lead.
KZ2 classification: 1. Valtanen points 174; 2. Kremers 131; 3. Gustavsson 101; 4. Albanese 100; 5. Puhakka 93.

The duel is between the teammates Camara and Antonelli in OK.
In OK, the winner of the latest round was Andrea Kimi Antonelli (KR Motorsport/KR-Iame), but the championship is still led by his teammate from Brazil Rafael Camara, who stands at 255 points. Antonelli closed in on him at 196 and is followed by the Finn Tuukka Taponen (Tony Kart Racing Team/Tony Kart-Vortex) at 157.
OK classification: 1. Camara points 255; 2. Antonelli 196; 3. Taponen 157; 4. Lindblad 145; 5. Severiukhin 123.

Russian drivers hunting for the OKJ title.
The fight is still on also in OKJ where the Jamaican driver Alex Powell (KR Motorsport/KR-Iame) managed to keep the lead at 180 points, despite having to settle for a placing at the International Circuit Napoli in Sarno. The second place is currently occupied by the driver from Singapore Akshay Bohra (KR Motorsport/KR-Iame) who totaled 160 points. The Russians Kirill Kutskov (KR Motorsport/KR-Iame) and Maksimilian Popov (Ward Racing/Tony Kart-Vortex) follow respectively at 123 and 122 points.
OKJ classification: 1. Powell points 180; 2. Bohra 160; 3. Kutskov 123; 4. Popov 122; 5. Slater 101.

Costoya-Lammers at the sprint to the win in MINI.
The Spanish driver Christian Costoya (Parolin Motorsport/Parolin-TM Racing) at 195 points and the Dutch René Lammers (Baby Race/Parolin-Iame) at 192 are very close with each other on top of the MINI classification. The Italian Emanuele Olivieri (Formula K Serafini/IPK-TM Racing) climbed the classification and is currently third at 146 points thanks to the win scored in the round of Sarno.
MINI classification (sub-judice): 1. Costoya points 195; 2. Lammers 192; 3. Olivieri 146; 4. Orjuela 124; 5. Skulanov 120.