Home News International Event Qualifying heats are over in Sarno

Qualifying heats are over in Sarno 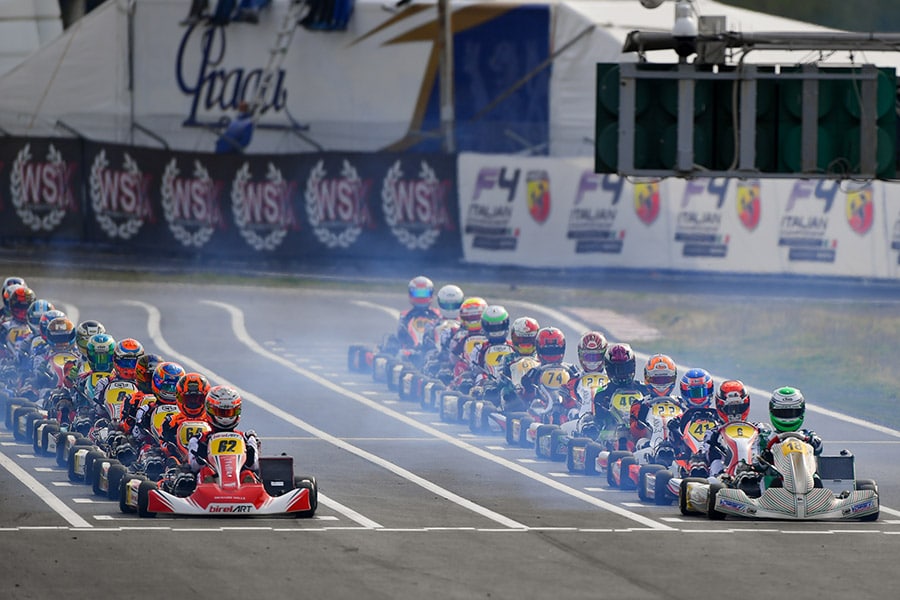 The time has come for the final stages at the International Circuit Napoli in Sarno (Salerno, ITA). The racing action will be broadcast live on Sunday, March 28th, from http://www.wskarting.it/ starting from Prefinals at 10:50 and Finals at 14:20.

A total of 42 qualifying heats have been run on Friday and Saturday to define the finalists that will battle for the victory of KZ2, OK, OKJ and MINI on Sunday by the 271 (out of the 300 entered) verified drivers coming from 47 nations. Several new names came to the fore due also to the new layout of the Sarno circuit and its 1.550 all-to-be-discovered meters. Among the most represented nations, Italy features 54 drivers, then Russia (24 drivers) and France (16).

Gustavsson leads KZ2 after the heats.
The poleman Juho Valtanen (KR Motosport/KR-TM Racing), Adrien Renaudin (Sodikart/Sodikart-TM Racing), Simo Puhakka (Tony Kart Racing Team/Tony Kart-Vortex), Marijn Kremers (BirelART Racing/BirelART-TM Racing), classification leader Viktor Gustavsson (Leclerc by Lennox/BirelART-TM Racing) and Francesco Celenta (Parolin Motorsport/Parolin-TM Racing) are the drivers that won the heats of the most powerful category, KZ2. A lot of drivers can still aim to the win though. After the heats, Renaudin pays the fee of a DNF that pushed him away from the top.
KZ2 classification after the heats: 1. Gustavsson; 2 Kremers; 3. Puhakka; 4. Van Walstijn; 5. Celenta; 6. Iglesias; 7. Valtanen; 8. Ippolito.