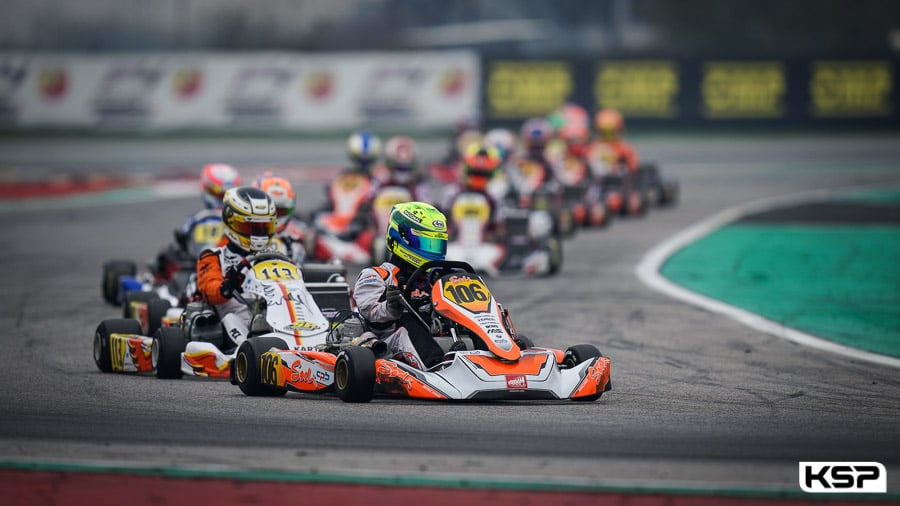 The opening of the international season promises to be very interesting, with a record number of drivers taking part in the grand premiere of the 2021 in Adria. Competitors of all nationalities are jostling to get back on the circuits. After the postponement of the Winter Cup in Lonato next November, the WSK Champions Cup has taken up the torch of the great classic of the beginning of the year. Italy is currently benefiting from a respite from the coronavirus and the three-week delay in the resumption of the event has not affected the motivation of the competitors, on the contrary. Initially scheduled on the Adria Karting Raceway from 28 to 31 January, the WSK Champions Cup will take place from 18 to 21 February in the presence of nearly 350 drivers in the Mini (119 of which 11 to be confirmed), OK-Junior (103), OK (71) and KZ2 (59) categories.  The event will be preceded on 16 and 17 February by collective tests, but drivers and teams have already started training at least last week. Adria will remain in the spotlight the following weekend with the first meeting of the WSK Super Master Series from 25th to 28th February, a programme that allows the structures to spend a few weeks on the same site.

25 drivers of French nationality are entered for the WSK Champions Cup, divided into 5 mini, 11 OK-Junior, 3 OK and 6 KZ2.

Consult the list of participants by following this link.