Competition flows in the veins of the Patrese family

A true Formula 1 legend with 256 Grand Prix contested, six victories and three podiums in the World Championship standings, Riccardo Patrese was also a talented kart racer who won the world title in 1974. For the past four years, the Italian from Padua has once again frequented the karting paddocks to follow his young son Lorenzo, who is a 15 year old OK driver. 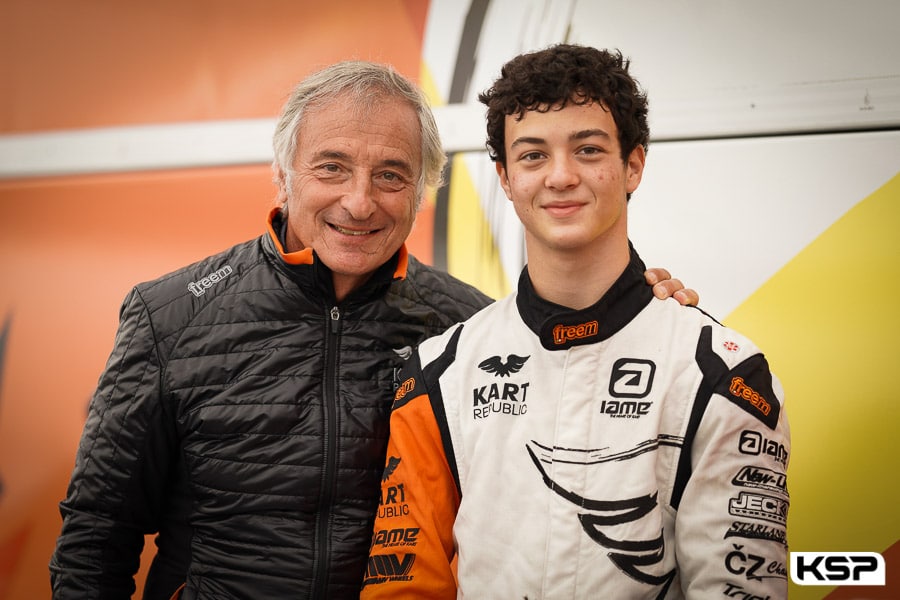 What memories do you have of karting as a driver?
They are distant memories, but I always keep unforgettable moments in mind. Karting is my youth. My brother was an engineer and he came up with the idea of building a kart at a time when this sport, which originated in the United States, was booming in many European countries. We started to have fun with this home-made model. At that time, you had to wait until you were 12 years old to take a licence and race. Over the years I climbed the ladder and managed to be selected by the Italian national team to compete in the World Championship, which I took part in four times and won in 1974 in Estoril, Portugal. I was already 21 when I made my debut in single-seater racing.

Of course, that was a very different time to today, wasn’t it?
At the beginning of the 1970s, I was racing at a high level, almost professionally. I had the support of the Birel factory. But the atmosphere in the paddock was completely different. The season was shorter, I only took part in just over 10 races a year and there were few international competitions. The European Championship was run by teams, it looked like a Nations Cup. The World Championship was the only real big event of the season. I was one of the youngest drivers and I often competed against much older drivers.

How do you see international karting today?
To tell the truth, I must admit that I was quite surprised to see all these structures and all this technology, which require significant financial expenditure. The drivers are already treated like professionals, even though some are only 12 years old. I sometimes wonder if this is really reasonable. I think, for example, that karting should not be done at the expense of education. Drivers who come to Europe from other continents spend many days on the circuits. Do they have enough time for their school curriculum? It’s amazing how much they invest in this discipline from a very young age.

Are you proud to see your son following in your footsteps?
I have to admit that I hadn’t planned to be in this situation at all. I never encouraged Lorenzo to get involved in motor sport. Just a few years ago he was competing in the European Equestrian Championship with the Italian national team! All of a sudden he wanted to stop and insisted on going into karting. His first laps showed that he had potential and we took the plunge. Today, I support him in his approach.

What do you think of his progress?
In 2020 in OK, he wasn’t yet in a position to win, but his second time in Germany at a European Championship event is indicative of the progress he has made in just a few seasons. He is now able to fight with the best. It is never easy, because in each team, the maximum efforts are made for the drivers who are able to reach the podium. They are the ones who benefit from the best equipment, but it must be acknowledged that this was already the case in my time!