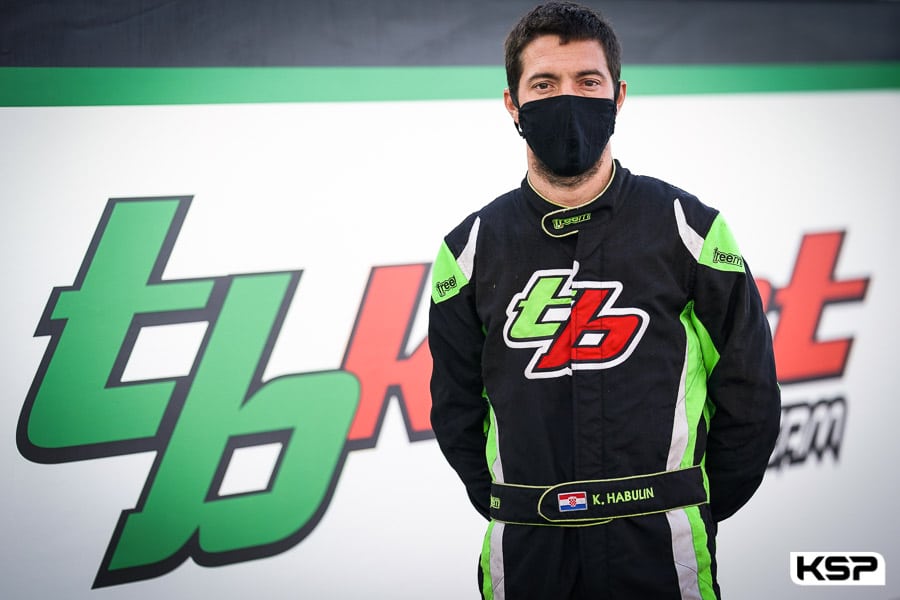 20-year career for the Croatian driver

In 2020, only two drivers from Croatia took part in FIA Karting Competitions, one of whom managed to take a podium. This is Kristijan Habulin, racing in KZ2 with the TB Kart team using engines prepared by his father! At the age of 32, he is also one of the oldest in the category.

You are considered to be one of the best Croatian drivers, is that a source of pride for you?

Of course, but ideally it would be good if there were more of us. In 2020, our National Championship had just over 20 drivers. We have a few circuits to use, but they lack the funding to offer complexes of the quality of those seen in other European countries, such as Italy for example.

Did you win your national championship?

Yes, I’ve won a few great victories in Croatia. I started in the Mini category in 2000, at the age of 12. In 2003 I took part in the qualifying round of the ICA European Championship, in the time of the 100cc engines. In the following years I increased my international presence, especially in Italy, which is not too far from home. After ICA, I raced in KF2, before dedicating myself to KZ2 from 2008. As the seasons went by, I concentrated above all on the big events outside my country.

What are the best lines in your CV?

I scored my first points in the European KZ2 Championship in 2008 and I took my first podium in the competition in 2010 in Varennes-sur-Allier. In 2011, I finished 4th in the World Cup and I won the Andrea Margutti Trophy in 2013 at the wheel of a CRG-Modena. The following season I started driving for the TB Kart brand, to which I have been loyal for all these years.

How is the collaboration with this team going?

Our relations are excellent. Of course, this team doesn’t have as many resources as the biggest teams in the paddock, but we have excellent equipment. Our biggest problem is that some teams manage to carry out more testing than we do, which allows them to prepare for major competitions in the optimum conditions. For my part, I have to devote time to my company in Croatia and I can only take part in about ten races a year without taking the time to test. 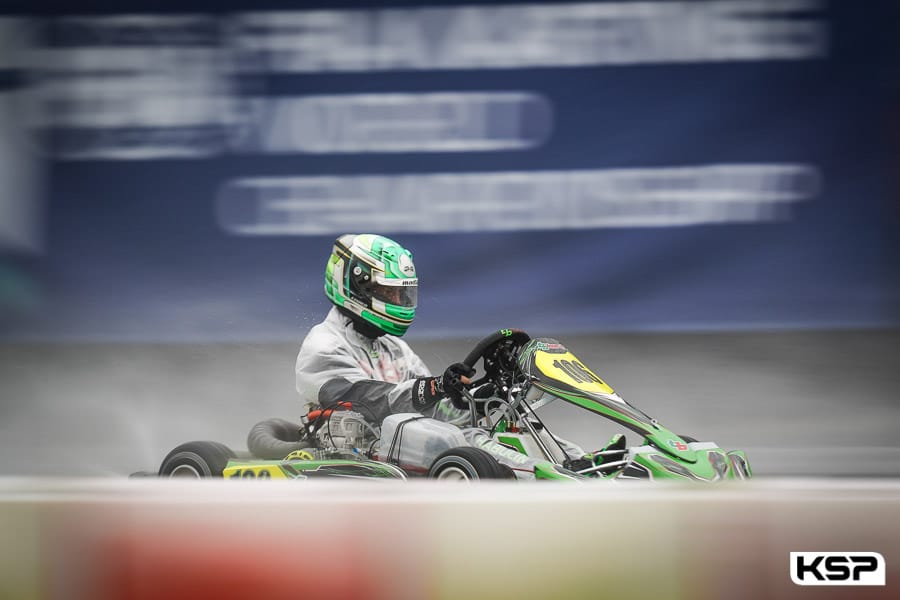 Yes, absolutely, not to mention the complications linked to the health crisis. For example, I couldn’t test between the last European Championship race and the International Super Cup in Lonato. Many of my opponents were able to take part in the preparation event that took place two weeks earlier. As the weather conditions were changeable, this complicated our work plan. At each meeting I really have to optimise the Thursday and Friday practice sessions to get everything in place for the race. Despite everything, my motivation remains intact each time. I constantly try to do my best and I try to compensate with my experience.

Under these conditions the podium at the European Championship in Genk will remain a good memory, won’t it?

In Belgium we had a revenge to take, because during the previous competition in Adria I arrived at the parc fermé late and couldn’t take part in the Final. After this disappointment, it was joyful to be on the third step of the podium in Genk. The development work has paid off. For several years, I worked together with Simone Brenna, who is a member of the family that manages the TB Kart brand. Together we have worked hard and today we have a very high performance chassis, which I know perfectly. Today, Simone is one of the technical team and we continue to look for new solutions to be faster and faster. It’s very interesting.

What kind of engine do you use?

I race with TM Racing engines prepared by my father. Sometimes we test other engines to find out where we stand, but the result is similar, which confirms our technical choices. For me, it motivates me even more to go for the best possible result.

What memories do you have of your participation in KZ?

It goes back a few years, with ups and downs. It is clear that it is certainly harder than KZ2. Faced with the factories, you really have to take the time to prepare for the races, which remains difficult for me because of my work. I have often noticed that I manage to be closer to the best in terms of performance on circuits where the big teams have less opportunity to test. Lonato, for example, is the worst choice for me, because a lot of drivers and teams run there frequently. The more I start on an equal footing with my rivals, the more chance I have of getting a good result.

How do you see your future in the sport?

I have two sons, who have already started karting. It is therefore likely that in one or two seasons I will stop racing to look after them. We have a team in Croatia with my father, which will be easier.