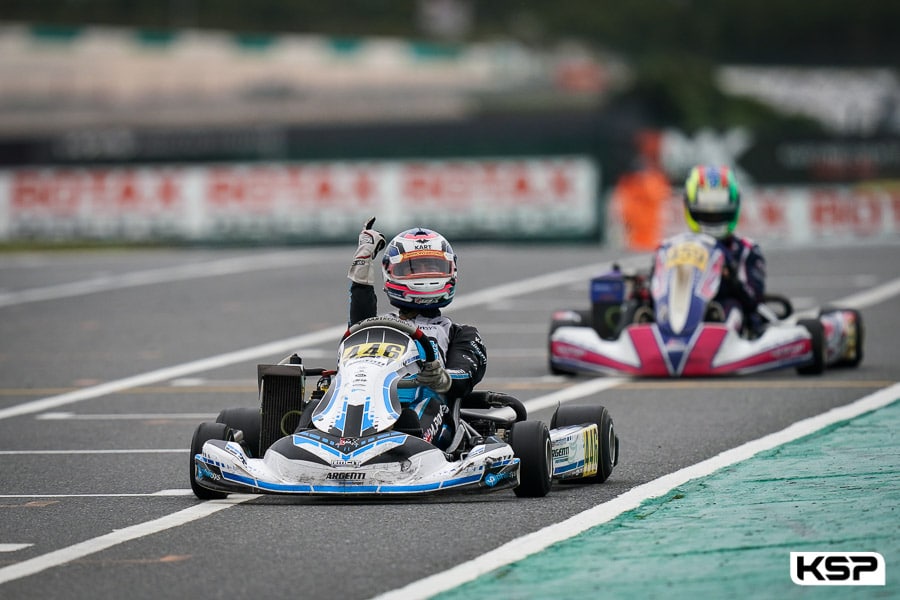 Because of the rain returning in the previous Final, the rain tyres were out. However, the rain had stopped and the start was postponed by 30 minutes, so that the slicks were again an option. Eleven drivers had however bet on the treaded tyres, a choice to be watched as a few drops fell back after the closing of the pre-grid. 13 laps instead of 16 were on the programme. 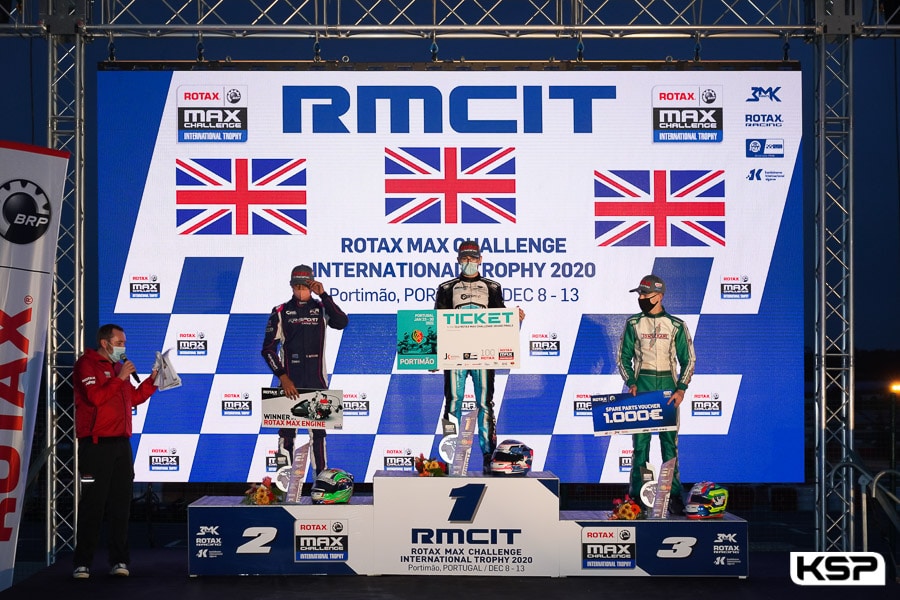 Although the first laps left some doubts about the efficiency of the slicks, the rest of the race, which was very lively, showed that the bet on rain tyres was not the right one. Rhys Hunter (GBR – FA Kart – DHR) managed to lead for two laps in front of Sean Butcher (GBR – Kosmic – KR Sport). Then Mark Kimber (GBR – Tony Kart – Strawberry Racing) took over from Morgan Porter (GBR – KR – Argenti Motorsport) before Kai Hunter (GBR – Tony Kart – DHR) took the lead at the halfway point. The battle continued with Kimber who seemed to be a strong leader. But in a last crazy lap, Porter took over the lead and gained four tenths advantage on Butcher, whereas Kimber managed to secure his place on the podium. Louie Westover (ESP – Tony Kart – DHR) was penalised and found himself 11th, Clayton Ravenscroft (GBR – Kosmic) etc Lachlan Robinson (AER- Kosmi – KR Sport) completed the top 5. Arthur Roché (FRA – Kosmic- PKS Compétition) finally finished 17th, Nicolas Picot (FRA – Tony Kart – NPS) 22nd after a difficult start and a spoiler penalty.