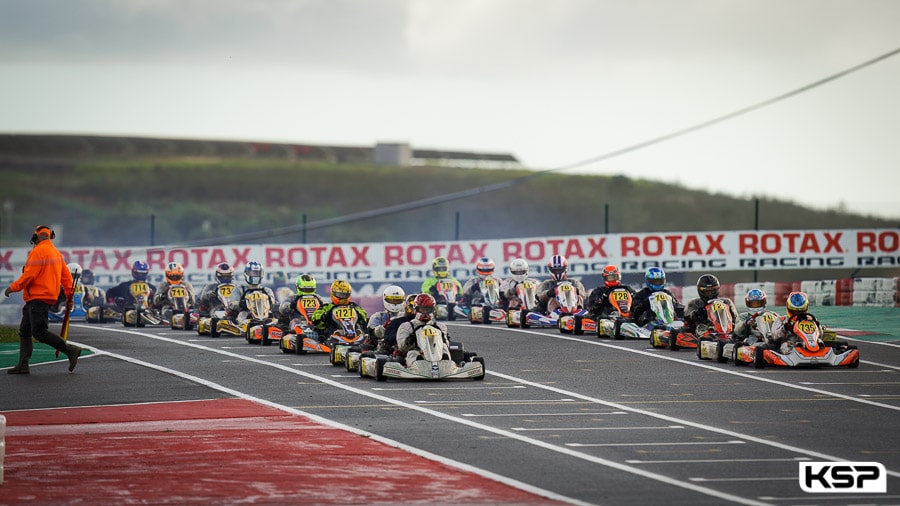 The track in Portimao remained wet, but grip was improving for the RMCIT DD2 Masters Prefinal at Portimao.

While Henrijs Grube (LVA – Exprit – Team Victoria) was in the lead, Rudy Champion (FRA – Sodi – PKS Competition) went off the track and hit a competitor on his way back on to the asphalt. Slawomir Muranski (POL – Tony Kart – 46 Team) took the opportunity to take 2nd place ahead of Priit Sei (EST – Tony Kart – TGT) and Champion. Romain Mangé (FRA – Tony Kart) was 8th, and Christophe Adams (BEL – Sodi) 10th. Grube broke away, and now Thierry De Jong (NLD – Kosmic) and Mangé were fighting for 4th place. Grube took the victory 2,5″ ahead of Muranski, Mangé set the fastest time and came back to 3rd position against Sei and De Jong. Champion had to settle down with 7th position, Adams finished 9th despite a penlaty. Bruno Dos Santos (FRA – Sodi) 11th and Damien Loiseau (FRA – Kosmic – KBK Competition) was 13th.

Westover the leader in Senior heats

Triumph for Besancenez in DD2 Prefinal