Home News International Event Crazy race for the Junior A Prefinal: victory for Locmelis in front of Giltaire

Crazy race for the Junior A Prefinal: victory for Locmelis in front of Giltaire 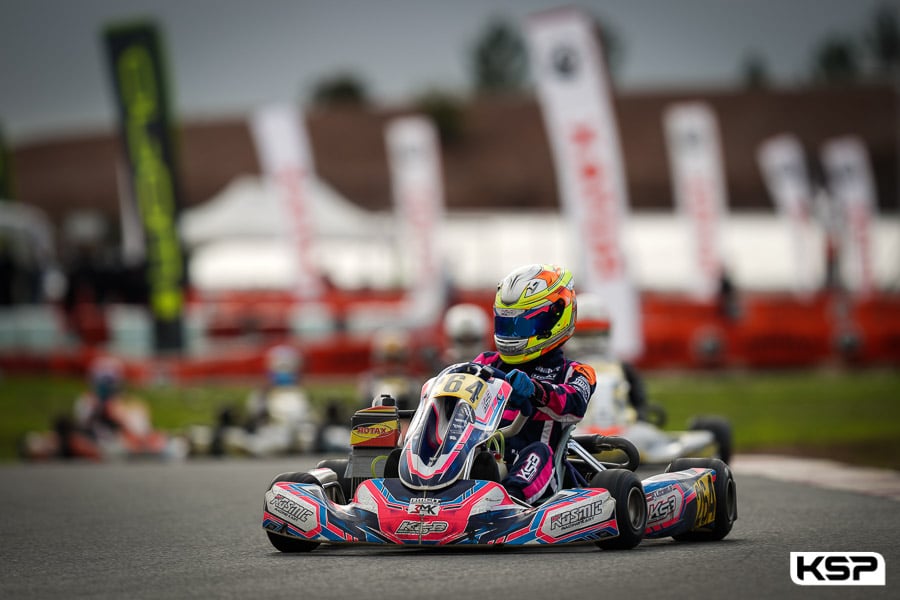 Despite some significant wet areas, slick tyres were de rigueur for most of the drivers in the Junior Prefinal for the top 36 qualifiers of the RMCIT in Portimao. After two practice laps, the red flag was waved to remind the leader of the starting procedure. The race could finally begin.

Freddie Spindlow (GBR – Kosmic – KR Sport) completed the first lap in the lead ahead of Aaron Walker (GBR – Tony Kart – Strawberry Racing) who led the next lap. Evan Giltaire (FRA – Sodi – Sodi Vitesse), one of the few to use rain tyres, made a superb start to the race, running 4th on the third lap. Walker was still leading ahead of Tim Gerhards (NLD – KR – SP Motorsport) and Spindlow. Walker was then unable to keep up the pace and dropped to 29th. Gerhards took back the lead and Tom Braeken (BEL – KR – SP Motorsport) was 2nd in front of Giltaire. Gerhards and Braeken were dropped on lap 8, Patriks Locmelis (LVA – Kosmic – KSB Racing Team) became the new leader, Gerhards came back to 2nd, followed by Junior Jonsson (SWE – Birel ART) and Daniel Guinchard (GBR – KR – Argenti Motorsport). An attempt by Gerhards on the last lap didn’t succeed. Braeken attacked in the last corner and took the victory in front of Locmelis who was however declared winner because of the penalty taken by Braeken. For the same reason, Guinchard dropped back to 7th place and Giltaire took 2nd place (+12 pl) in front of Spindlow and Andy Ratel (FRA – Exprit – KBK) 4th (+15 pl). Andrej Petrovic (SRB – Lion Kart – SSC-Sportstil) then took 5th position in front of Braeken.

Junior: Macintyre at the top of the RMCIT heats