Home News A video from Lonato that deserves more attention than others... FIA Karting – interview with Stan Pex 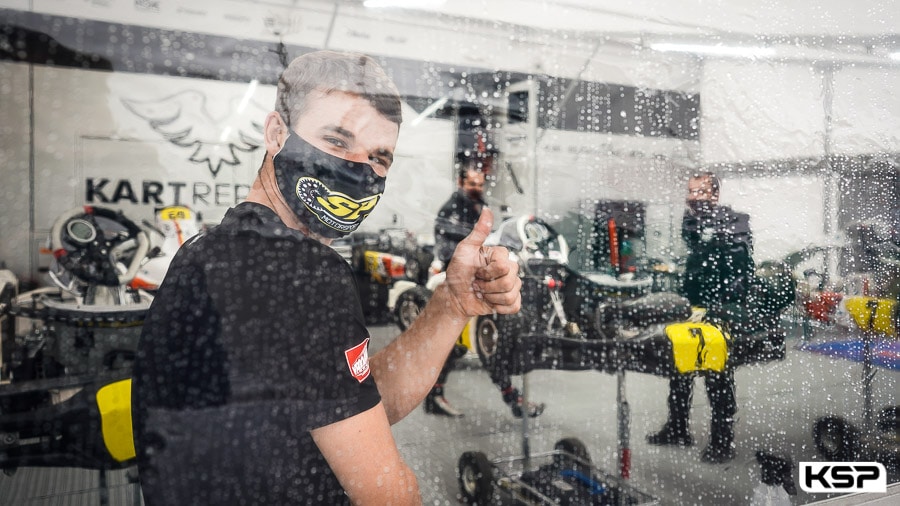 “Turning your passion into a profession is great!”

Karting in the Pex household is a family affair! After Richard, the father, his sons Yard and Jorrit have mounted the most prestigious international podiums. The youngest son, Stan Pex (22 years old), is continuing this great adventure, in addition to being involved as a dutch karting professional and engine tuner.

Can you tell us more about the history of the Pex dynasty?

My father raced for several years, twice becoming Dutch Champion in KZ2. The last few years my brother Yard was his mechanic! Then he raced himself, finishing 2nd in the KZ2 World Cup in 2011. Then it was Jorrit’s turn, with three European KZ titles in 2012, 2018 and 2019, as well as a World Championship in 2015. As I was the youngest and I joined them at the circuits, my parents bought me a Baby-Kart and I started to have fun with it from the age of three! I had to wait until I was seven years old to race, quickly achieving good results in Mini Max and then in Junior, mainly in Belgium, where the standard was higher than in my home country. I won the national titles in 2008 and 2009.

Why did it take a relatively long time to get results in the FIA Karting Championships?

My father was more focused on the KZ-KZ2 races with Yard and Jorrit. When I raced in KF-Junior, he let me progress at my own pace. I often had to fight in the middle of the pack, which was also a good experience. I learned a lot from fighting like that. I still had some good results in the German Championship. My second KZ2 season in 2015 was important. I was on the podium in a European Championship race and I finished 5th in the International Super Cup. I followed this up with the title of European vice-Champion in 2016, which motivated me to move on to KZ.

How is it living with your brother Jorrit?

I have always felt that it was lucky for me to have such a team-mate. For me, he is a reference, a model. Our rivalry is very healthy. He pushes me to always be better, because he is always competitive and consistent at each race. Sometimes he is faster, sometimes it’s the opposite, that’s what’s interesting. This year he had less time to prepare because he had a lot of work in the family business, but in the end he won another German Championship title and finished on the podium of the European Championship in Genk. For me, this race was a special moment, because it was my first victory in KZ. On the podium I had my brother Jorrit on my left and on my right my father Richard who received the best team manager cup. These are precious moments.

You are close to the Verstappen family. Do you still have contact?

Of course we do. Max’s father Jos is still passionate about karting. He often comes to the workshop to see us and work with us on the development of the engines, just like he did when Max drove KZ with Jorrit. We have known each other for a long time. It was when he saw me in my Baby-Kart that Max asked his parents to buy him a kart. We grew up together. Jos has a lot of experience in karting, he gave us a lot of advice for the development of the engines. Moreover, when I won in Genk, it was with an engine prepared in our workshops. That doesn’t prevent us from working closely with the TM Racing factory and having often benefited, Jorrit like myself, from Franco Drudi’s engines.

Jorrit works in the family business specialising in roofing. Why didn’t you follow in his footsteps?

For my part, I have always liked the technical aspect of karting. I am very involved in the preparation of the equipment. About six years ago, a driver I know well asked me to help him. I started to prepare his engines and the results came as time went by. This motivated me to continue in this way and I decided to create SP Motorsport. I love developing engines, I spend a lot of time on the test bench. I am an importer of KR chassis in the Netherlands and I look after several drivers in the Benelux, as well as Tom Braeken in OK-Junior. This year he made his mark in the FIA Karting Academy Trophy, where he achieved pole position in Genk. He has an excellent top speed, but still lacks experience. All in all, turning a passion into a profession is great!

I’m going to continue driving, that’s obvious. I really love KZ, I really enjoy it. The drivers are so close to each other, the duels are incredible! My brother Jorrit has already been World Champion, I hope to be one day too. I was unlucky at the 2020 event in Lonato. I was very fast, I honestly think I had a good chance of winning. At the same time, I am devoting myself to my SP Motorsport team. I realised that being involved in support, coaching, engines and preparation allows me to improve even more as a driver.