Despite the countless changes to the calendar, the FFSA Academy will have succeeded in offering a 2020 French F4 Championship of seven meetings, as initially planned. It is finally the Paul Ricard circuit in Le Castellet that has been chosen again to close the season. After having used the 5.8 km track identical to the one used by Formula 1 last weekend, the 14 top-level sportsmen and women involved will end the season on the 3.8 km track. This seventh and final event will take place as part of the FFSA-GT4 series, which should have taken place in Lédenon. 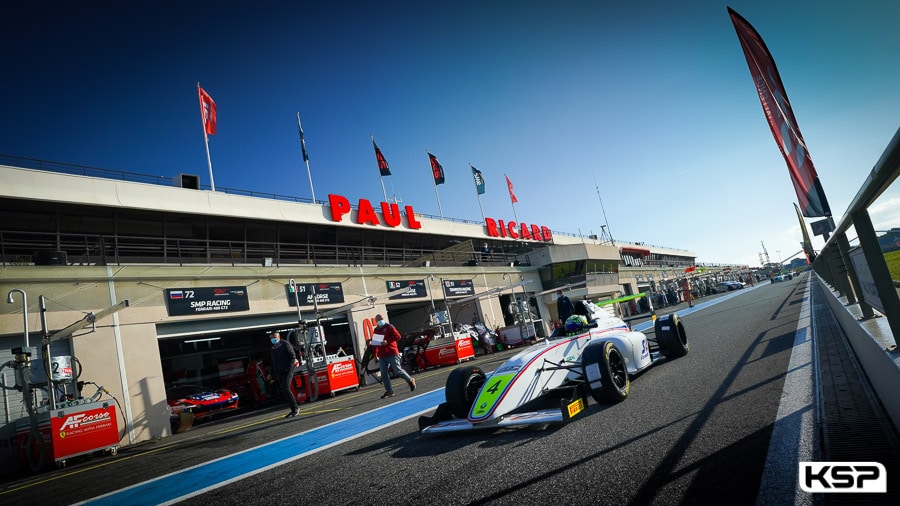 With 13 podiums, including eight victories, Japanese driver Ayumu Iwasa has managed to combine performance and consistency throughout the year. All that remains for him to do is to validate his title by taking part in the meeting, but there is no doubt that the strong man of 2020, now 19 years old, will aim to finish with panache. On the other hand, the suspense is still there for 2nd place. If Isack Hadjar manages to be as competitive as in the previous event, when he took his first two victories of the season, he will no doubt be able to worry Ren Sato and deprive the Japanese of a double that could be unheard of in a European F4 Championship.

Sami Meguetounif also celebrated his first victory at Paul Ricard and thus secured his 4th place overall in front of four drivers who are neck-and-neck for fifth. Between the German Valentino Catalano, the Dutchman Marijn Kremers, the Mexican Rafael Villagomez (who didn’t participate in the previous meeting) and Romain Leroux, there could be some intense duels.

Although Daniel Ligier will be trying to take his first success in the French Junior Championship, already won by Catalano, drivers like Loris Cabirou, Ukrainian Ivan Peklin, Owen Tangavelou and Noah Andy will try to score the maximum of points in this 2020 final. French Junior Karting Champion in 2019, Esteban Masson will reinforce the field on this occasion, hoping to join the fight in the top 10.