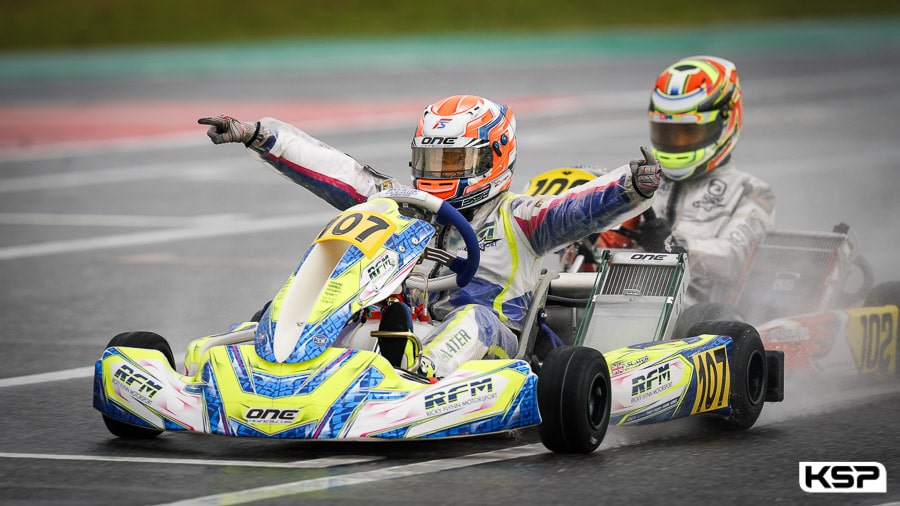 Two Sauber Karting Team drivers, Christian Ho (KR/Iame) and Ugo Ugochukwu (KR/Iame) shared the front row of the grid for the Junior World Championship Final in Portimao. Freddie Slater (Kosmic/Vortex) and Nikola Tsolov (KR/Iame) were ahead of Harry Burgoyne (KR/Iame) and Arvid Lindblad (KR/Iame), while Macéo Capietto (Kosmic/Vortex) started from 7th position and Evan Giltaire (Sodi/TM) from 11th. The rain continued to fall and the track was soaked.

The “slow” procedure was initiated shortly after the start because of a massive incident in the pack due to the low visibility. Slater had had time to take the lead ahead of Ho, Burgoyne, Ugochukwu, Tsolov and Capietto. Igor Cepil (KR/Iame), Brando Badoer (KR/Iame), Keanu Al Azhari (KR/Iame), Alex Powell (KR/Iame) as well as Maxens Verbrugge (KR/Iame) were among the drivers who had to retire. Giltaire had managed to get back on the track.

The race was restarted at the fourth lap on the line. Ho was chasing after leader Slater and the duel was very close between the two young drivers. Burgoyne took the opportunity to slip into 2nd position. Ho retaliated, whereas Burgoyne and Lindblad battled it out. Slater had increased his lead to more than a second. Halfway through the race, Lindblad was 3rd by 1,5″ behind Ho who was 5 tenths behind the leader. Tuukka Taponen (Tony Kart/Vortex) was 5th followed by Ugochukwu. Rashid Al Dhaheri (Parolin/TM) made a good 10 place comeback to 8th position.

On the 11th of the 17 laps, Lindblad managed to pass Ho for 2nd place. In the lead, Slater had a 1,7″ advantage, but Lindblad seemed to be much faster. Slater was pushing hard to keep his countryman at a distance. Lindblad drove an excellent penultimate lap and was 5 tenths behind the leader. Lindblad jumped on his opponent and took the lead. Three drivers battled it out for victory in the last corners. With three drivers together, it didn’t work and Ho visited the quagmire. Slater tried his luck and took 75 thousandths of a second against Lindblad, who was then deprived of a podium place by a dropped spoiler. Taponen thus found himself 2nd of the Championship in front of Burgoyne. Ho finished 4th in front of Lindblad. Capietto, who drove a fine race, took 6th place. Ugochukwu finished 8th, Schu Dozono (Energy/TM) made the strongest progression (23 pl.) to 12th position. Giltaire was 24th with a spoiler penalty. Eleven drivers had dropped out. 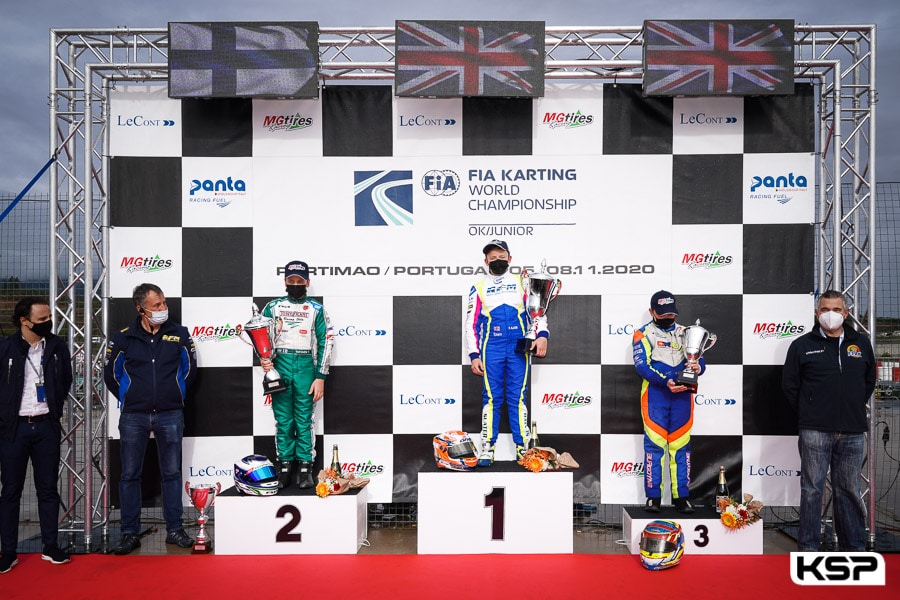