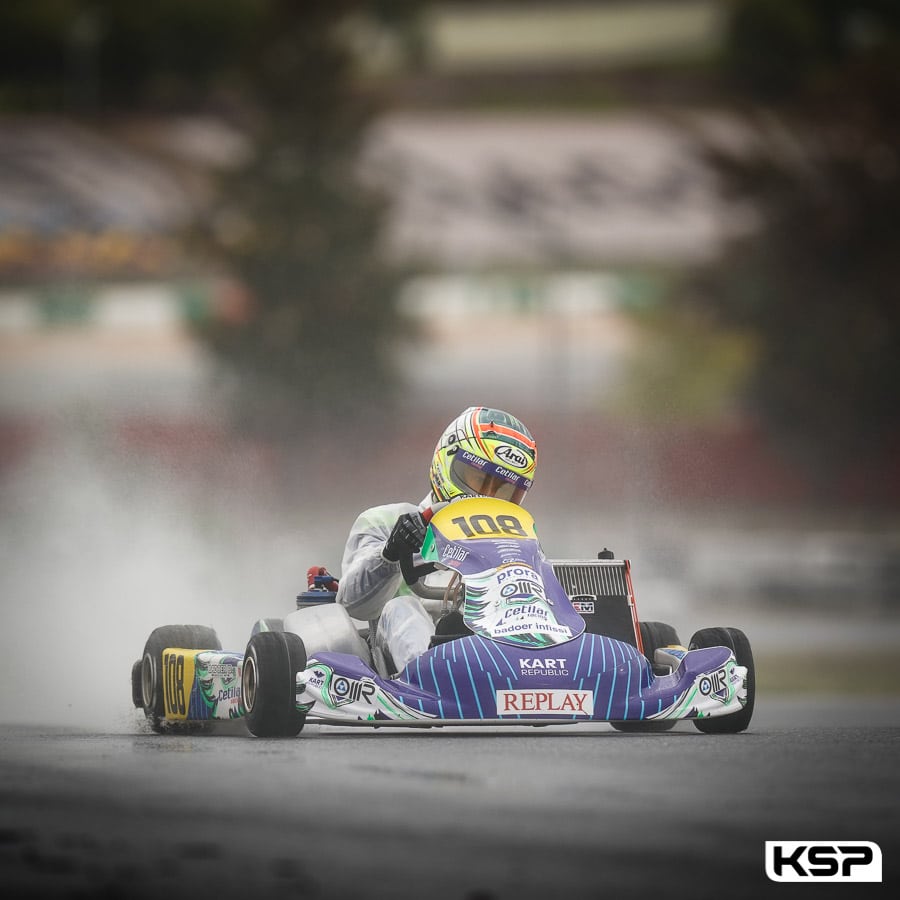 In Portimao, the OK-Junior World Championship was held with 89 drivers in rain that tended to stop without increasing the performances much.

Evan Giltaire (Sodi/TM) and Ugo Ugochukwu (KR/Iame) followed one another at the front of Session 1, with Mathias Jakobsen (Tony Kart/Vortex) and then Matteo De Palo (Tony Kart/Vortex) in the leading group for a while. Giltaire continued to improve and finished with the fastest time – 1’12”706. In the very last moments, Dion Gowda (Kosmic/Vortex) took 2nd place 78 thousandths back, whereas Maxens Verbrugge (KR/Iame) followed in 3rd position just in front of Ugochukwu. Herolind Nuredini (KR/Iame) was 5th. Arthur Poulain (Sodi/Iame) was 15th fastest and Jolan Raccamier (DR/Modena) finished 22nd.

Programme of the World Championship in Portimão