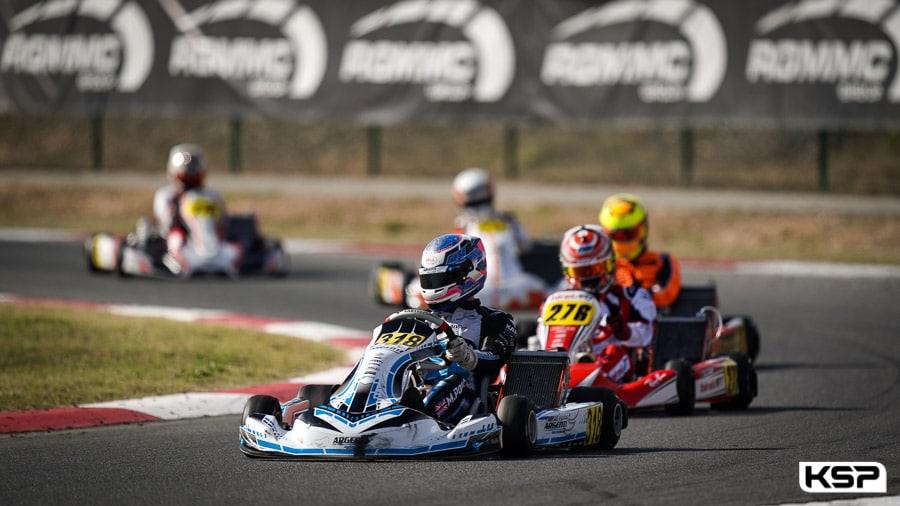 An OK Second Chance  with Jamie Day (Birel ART/TM) and Matheus Morgatto (Birel ART/TM) on the front row is not common. However, this is the situation in Champions of the Future at Portimao, where the top six will have access to the Final. Marlon Hernandez (KR/Iame) had a very good start and was 4th on lap 1 ahead of Jamie Day. Morgatto was ahead of Morgan Porter (KR/Iame) and Genis Civico (CRG/TM). Day was back in 3rd position, whereas Lola Lovinfosse (Tony Kart/Vortex) was 7th behind Hernandez. Jamie Day retired on the eighth lap due to mechanical problems. Porter took a clear lead ahead of Nikolas Pirthilathi (KR/Iame), Morgatto and Civico. Hernandez qualified 5th followed by Charlie Wurz (Exprit/Vortex). Enzo Trulli (Birel ART/TM) finished in the worst place, 7th, Lovinfosse finished 23rd with a spoiler penalty, as did Hugo Bessson (KR/Iame) in 29th.

Connor Zilisch (Tony Kart/Vortex) made a good start in the Junior repechage of Champions of the Future at Portimao. Ariel Elkin (KR/Iame) was immediately in 2nd position in front of Coskun Irfan (Kosmic/Vortex), whereas Augustin Bernier (KR/Iame) dropped to 26th. Zilisch’s rear bumper broke away after a contact. Elkin was leading against Matheus Ferreira (KR/Iame) and Irfan, which was the final top three on the line. Mathias Jakobsen (Tony Kart/Vortex) finished 4th in front of Zachary David (KR/Iame), whereas Alfio Spina (KR/Iame) took 6th position at the end. Maxime Furon-Castelain (Exprit/TM) regained 10 places in 13th position. Arthur Poulain (Sodi/Iame) finished 25th, (+10 pl), Guillaume Bouzar (Parolin/TM) 27th, Bernier 30th with the fastest lap but a penalty of 5” (spoiler) and Antonio Leite (KR/Iame) had to retire.