Home News International Event Champions of the Future: Antonelli continues at the front of the OK heats

Champions of the Future: Antonelli continues at the front of the OK heats 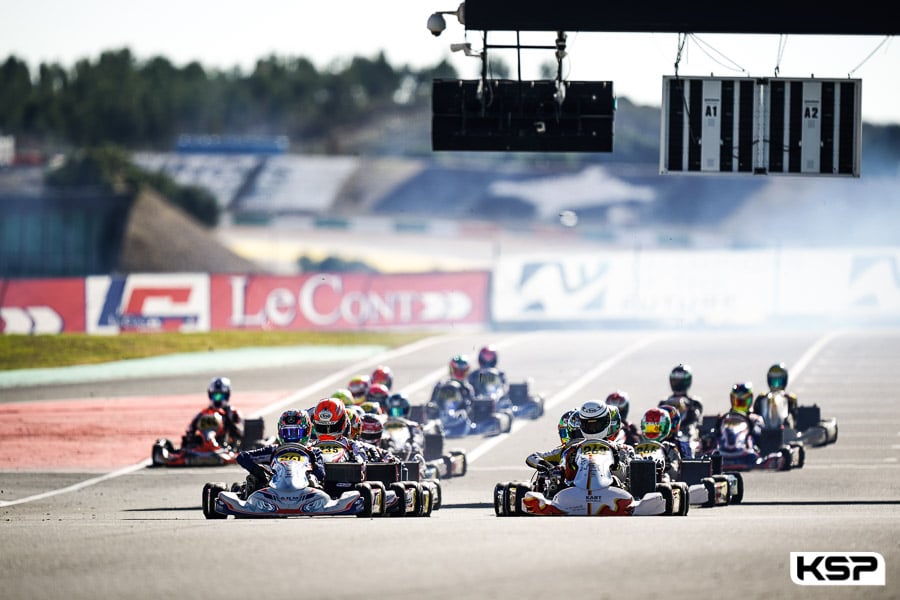 Thanks to his four victories, Andrea Kimi Antonelli (KR/Iame) has decisively kept the advantage in the OK Qualifying Heats in Champions of the Future at Portimao. Lorenzo Travisanutto (Parolin/TM) made a nice comeback in 2nd position, followed by Rafael Camara (Exprit/TM) and James Wharton (Parolin/TM). Several protagonists lost ground and Juho Valtanen (KR/Iame) took advantage of it to come back from 16th to 5th position in front of Markus Kajak (Tony Kart/Vortex). William Siverholm (Exprit/TM) and Joe Turney (Tony Kart/Vortex) were then ahead of Taylor Barnard (KR/Iame) in 9th in front of Alex Dunne (Energy/TM).

Jamie Day (Birel ART/TM) was the first to have to go through the Repechage on Sunday morning with Matheus Morgatto (Birel ART/TM), disqualified from the B-E heat. Marlon Hernandez (KR/Iame) was 38th, Lola Lovinfosse (Tony Kart/Vortex) came back to 40th and Hugo Besson (KR/Iame) was 53rd.

Portimao: Lindblad takes the lead in Junior Champions of the Future heats