“The CIK-FIA has made wise changes”

Very involved in his role as President of the FIA International Karting Commission, Felipe Massa was determined to meet the different players in the 2020 FIA Karting Competitions, first during the European Championship – OK & Junior in July, then in Italy at the World Championship – KZ. Despite the tight schedule between August and November, the Brazilian was pleased with the success of the current racing season. 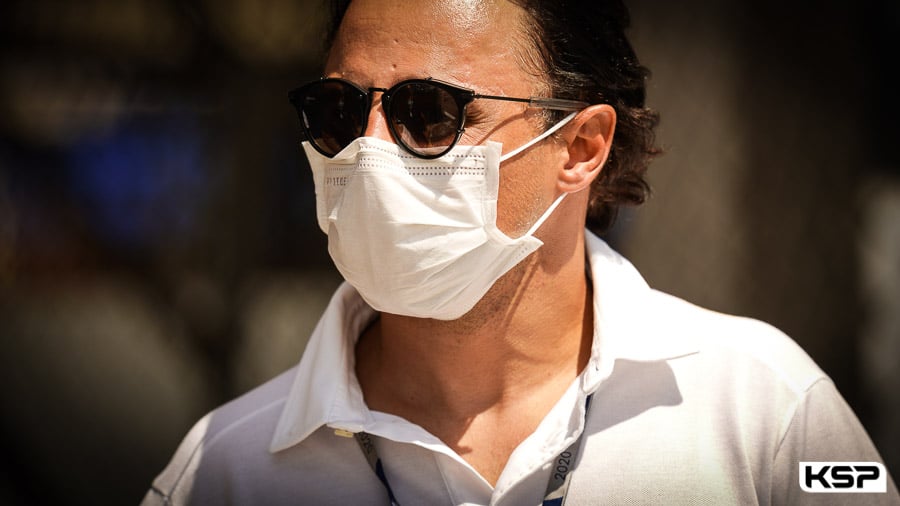 This season, almost all FIA Karting Competitions were maintained. What do you think of the way the CIK-FIA has dealt with the problems related to the Covid-19 pandemic?

During these last months, which have been marked by an unprecedented pandemic and a lockdown of several weeks, the CIK-FIA has taken the right decisions so that the FIA Karting Championships can resume and take place in the optimum conditions. In collaboration with the various organisers, the changes in dates have been judicious. I think that all the people involved in our Competitions were very happy to see that the four European Championships, the World Championship – KZ, the International Super Cup – KZ2 and the entire Academy Trophy could be organised with the success we have seen. The racing was excellent.
Of course, we regretted the absences of some Drivers. This was most often the consequence of the difficulties encountered by several of them in moving from one country to another. In spite of this, the CIK-FIA was delighted to have welcomed, for example, 75 Junior Drivers at the European Championship in Germany and even 99 Drivers in KZ2 at Lonato. I salute the efforts of all these participants from dozens of different nationalities, who made a point of taking the start of these Competitions. Today I am looking forward to the FIA Karting World Championship – OK & OK-Junior in Portimao.

What feedback did you receive after the release of the 2021 calendar, which was announced as early as last June?

For the organisers and ASNs, it is important to find out quickly whether their bid has been successful, so that they can prepare as well as possible to host an FIA Karting Championship. Even if the situation of Covid-19 is unfortunately not yet stabilised, we must work for the future. The drivers want to continue racing, the factories and the teams want to be able to work and have a future. Enthusiasm for karting remains strong. Of course, it is difficult to predict the evolution of the pandemic and we can only hope for a rapid improvement in the situation. I am thinking in particular of the FIA World Championship Karting – OK & Junior in Brazil in October 2021. For the Europeans, it is a long trip that needs to be planned in advance.

Are you satisfied with the work carried out by the promoter RGMMC?

James Geidel and his team are working hard to ensure the success of the FIA Karting Championships. We all regret not being able to welcome spectators, but RGMMC makes every effort to ensure quality video streaming. As I wanted, we are also improving the karting audience through social networks. The world of communication is changing and we have to adapt.

In addition, our promoter and the CIK-FIA have spent a lot of energy to enforce the strict infection control protocol we have put in place. As soon as the FIA Karting Championships resumed, everyone’s health was a constant concern for us. It is our duty to ensure the safety of those present on the circuits.

You wanted to make some changes to the regulations. Have they achieved their goal?

Thanks to the discussions I had with factory and team managers, as well as with Drivers, it seemed important to me to make the Competition fairer. Ensuring the greatest possible sporting fairness is an aspect that is dear to me in this sport. In addition to my role as President of the CIK-FIA, I am also a competitor. I feel very strongly about the remarks expressed by those who experience the competition on a daily basis. At the end of 2019, we changed the management and the quota of tyres used during the meeting. Recently, we have rethought the Qualifying Practice classification, taking into account the differences in time between the groups. These changes have been very well accepted. Among the decisions taken, I also recall the postponement of chassis homologations to 1st January, 2022, to take the Coronavirus crisis into account.

The World Championship – KZ brought together a wide range of drivers: young talents, Drivers who come to enjoy themselves like Antonio Fuoco and the four-time World Champion Davide Foré… How does this inspire you?

It proves that karting is a fantastic sport, which can be practised at almost any age, whether as a leisure activity or at the highest level. Some drivers have not had the opportunity to switch to cars or have simply wished to stay in karting. In the 125cc gearbox categories, they have a great opportunity to express their talent. Several young karting hopefuls will become professional drivers in cars, but others have managed to achieve this status in karting. This is also very rewarding. The KZ Final was also very intense thanks to these experienced drivers.

Finally, you witnessed a scene that should not exist on a karting circuit. What was your reaction?

What happened in Lonato was serious. A World Championship should give a positive image of karting. This kind of event is contrary to the spirit of our sport. It is not an example for young people. I immediately wanted the FIA to communicate on this subject and launch an investigation into these incidents. In Italy, ACI Sport has already taken the first sanctions. The CIK-FIA will also be responsive to these facts. In the end, I think it is important to congratulate the Drivers who have been crowned in Italy in 2020 and to remember their names: Frenchman Jérémy Iglesias (KZ), Italian Simone Cunati (KZ2) and American Connor Zilisch (Academy), without forgetting Israeli Ariel Elkin, winner of the last round of the Academy Trophy.

Champions of the Future: Timetable for Portimao