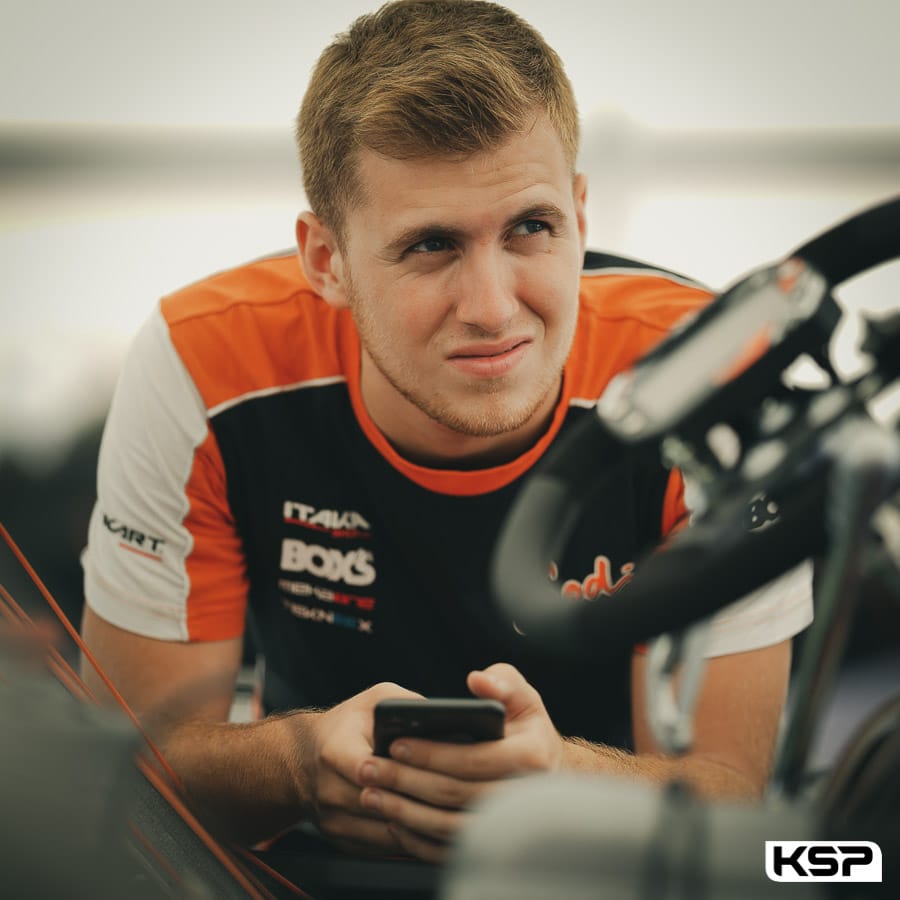 “The KZ was for me a logical continuation of the KZ2.”

A 21 year old driver, crowned FIA Karting European Champion – KZ2 in 2018, Adrien Renaudin is still considered as one of the youngest in the KZ category. On several occasions, the Frenchman has given his experienced opponents a hard time, becoming a key member of the Sodikart team. His status as a professional karting Driver makes him happy, aware that many other Drivers would like to take his place. Now, he hopes to take up many more challenges at the highest level…

Young drivers no longer hesitate to switch to KZ2, or even KZ in your case. Why did you make this choice?

For me, it was more a question of opportunities. I followed a similar path to many other French drivers, running from 2007 to 2013 in the different categories for younger Drivers. Then I got involved in the brand cups, winning three French Championships. OK and the FIA Karting Championships attracted me. In fact, I became French OK Vice-Champion in 2016. But at that time, I already had an agreement with the Sodikart factory, who raced in KZ with its official team and in KZ2 with the CPB Sport team. It encouraged me to follow this path. For my future and my objective of becoming a professional Driver, it was the best solution.

I had a difficult few months when I started in 2017. From the middle of the season everything accelerated… I came close to victory in the French Cup and then I finished the FIA European Karting Championship with a victory in Sweden. In 2018, I won the opening round of the European Championship at Salbris, before securing the title in Lonato. In the wake of that, I finished 5th in the FIA Karting International Super Cup after starting on the front row in the Final. Thanks to these results, Sodikart wanted me to join the official KZ team with Bas Lammers and Anthony Abbasse. It was a logical continuation, especially as I was still faithful to the Sodi brand.

Do you learn faster with team members like Lammers and Abbasse?

They are two benchmarks, without a doubt. Above all, they pushed me to give my best to try to beat them. It was an additional motivation. I had to show them, but also my other opponents, that I didn’t come to KZ to make up the numbers, but to win! However, I had a special relationship with Anthony, since he was my mentor when I was young. I was ahead of them at the finish of the 2019 World Championship, before a spoiler penalty deprived me of 2nd place. With a private engine tuner, Cédric Sport Motors, we came very close to beating the TM Racing factory that day! I was happy when Sodikart chose to trust me again for 2020. The fact that I was one of the youngest in KZ was an asset for me.

Are you worried about the future of the KZ category?

I hope it will continue. It’s fantastic to see this grid of very talented Drivers, many of whom are true professionals all year round. I don’t have a miracle solution, but the factories should be supported by partners so that they can all field a team of at least three Drivers. With a few additional quality private teams, this would allow us to line up a field that would look good. If I take my own example, I would never have been able to race in KZ if I hadn’t been helped. A lot of Drivers currently racing in KZ2 have the talent to aim for good results in KZ, as long as they have the right equipment.

How do you spend your time outside of competitions and testing?

I recently launched “Adrien Renaudin coaching”. I work in collaboration with the FFSA Academy at the French Junior Championship, with a circuit close to Paris and with various Drivers who wish to progress and develop their networks as part of a management project. The young Drivers are surprising, they learn quickly, but none of them are like any other. You have to be an educator with some and more demanding with others. It’s a challenge that I like, in addition to my activity as a professional Driver.