Home News National Event DKM decisions are made in Oschersleben

This upcoming weekend, the German Kart Championship ends in the motorsport arena Oschersleben. After 2016, the track is again represented in the racing calendar of the highest German car separation series and expects exciting race decisions in the four predicates. 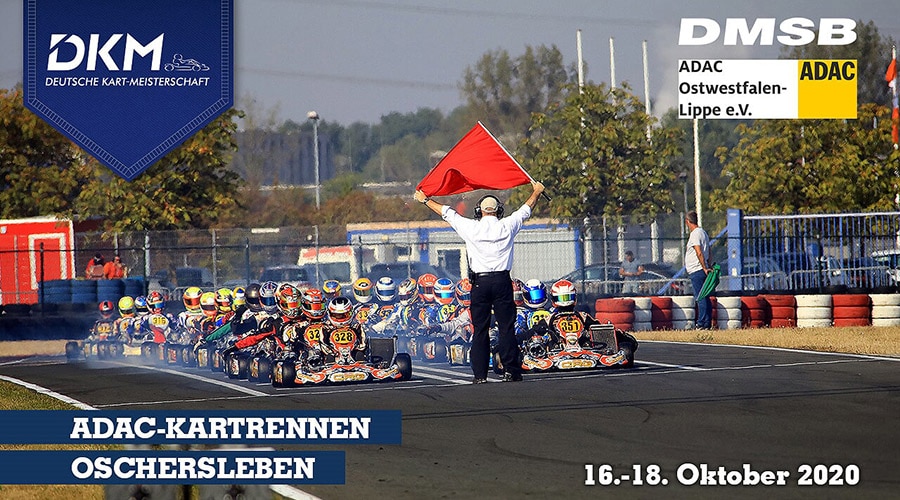 Actually, the final of the DKM was planned to take place in Ampfing. But a cancellation by the host forced the organizers to reschedule. With the ADAC Ostwestfalen-Lippe e.V. and the motorsport arena Oschersleben, two partners were found who, despite the current situation, agreed to host the DKM. “We are very grateful to those responsible for making it possible for us to experience a DKM with four races. This way we managed to have a great season despite the Corona pandemic and the challenges involved,” DKM series coordinator Stefan Wagner says.

The races in Oschersleben will be implemented again in compliance with an extensive safety and hygiene concept. Unfortunately, this does not include any spectators at the finale. However, all races will be streamed live on www.kart-dm.de. On Saturdays it starts at 10 a.m., on Sundays it already starts at 9:30 a.m. just before the first final.

Kris Haanen (SFR Motorsport) is already the first champion of 2020 in the battle for the titles before the final in Oschersleben. The Dutch driver has so far shown an impeccable performance and won all six races of the German Junior Kart Championship. In the fight for the runner-up championship, however, there are still several drivers who will try to score in Oschersleben.

The fight is still open in the DKM and the DSKC. The Finnish driver Juho Valtanen (TB Racing Team) leads the German Kart Championship. Before the final, he is 23 points ahead of the British driver Luca Griggs (SFR Motorsport). His team-mate Moritz Wiskirchen (TB Racing Team) is also within striking distance in third place – the driver from Euskirchen is only three points behind Griggs.

Tim Tröger (Mach1 Motorsport) leads the standings in the DMSB-Shifter-Kart-Cup (DSKC). Although he won in Kerpen and Wackersdorf, he only leads with nine points over his team-mate Julian Müller (Mach1 Motorsport). In addition to the duo, Coen Doorn (A.K. Doorn) from the Netherlands and the Swedish driver Lasse Karlshéj (LE Racing) also join in the title fight and promise a thrilling four-fight at the final in Oschersleben.

The drivers of the German Electric Kart Championship also have their final races in Oschersleben. Luka Wlömer from Berlin leads the overall standings, but with Joel Mesch, Diego Stifter, Axel La Flamme and Sebastian Kraft he still has four chasers who also want to hold the championship trophy in their hands.

Unfortunately, the German Shifter-Kart-Championship is not in Oschersleben. Numerous cancellations made it impossible to carry it out. Jorrit Pex (SP Racing Team) is already the champion and wins his seventh DSKM title.

Full gaz preparations for the 2020 edition of the Rok Superfinal