Marijn Kremers (Ricciardo/TM), the outgoing Champion and Jeremy Iglesias (Formula K/TM) shared the front row of the Final of the World KZ Championship at Lonato. Simo Puhakka (Tony Kart/Vortex) and Bas Lammers (Sodi/TM) followed them on the second row, followed by Adrien Renaudin (Sodi/TM) and Fabian Federer (Maranello/TM) on the third. The sky had darkened considerably, but the track was still dry despite a few drops. Light rain began to fall during the formation laps. The start was delayed by 10 minutes. 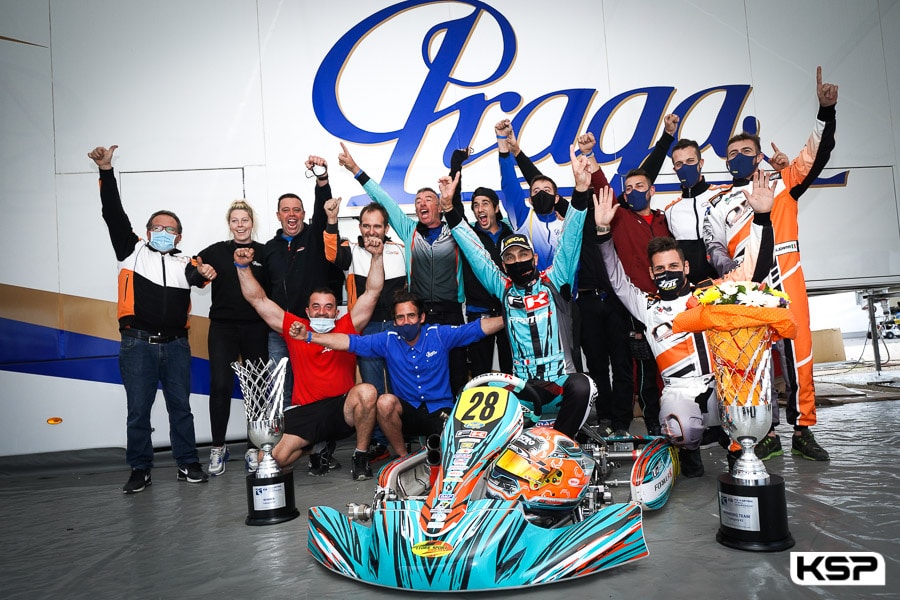 The rain stopped and the race was started at 15:30. Iglesias made the best start in front of Kremers, Lammers was 3rd on the first lap in front of Puhakka and Renaudin. Federer was soon in 5th position, then 4th in front of Puhakka. Mirko Torsellini (KR/Iame) attacked Renaudin for 6th place. Kremers was two tenths behind Iglesias, with Lammers another second behind. Kremers attacked, Iglesias replied. Lammers and Federer joined the fight and Lammers passed Kremers. There was a completely different mood from Luca Corberi (Tony Kart/Vortex) after his exit into the barriers.

Halfway through the race, Iglesias had 1” advantage on Kremers in the middle of the fight. Lammers faced Federer for 3rd place while Riccardo Longhi (Birel ART/TM) was back in 5th position in front of Pedro Hiltbrand (Tony Kart/Vortex). Kremers was sometimes a little bit faster than the Frenchman, but Iglesias maintained a gap of around 9 tenths. Lammers put pressure on Kremers, but he also kept an eye on Federer. With three laps to go, Iglesias lost some tenths. He didn’t give up and won the race 4 tenths ahead of Kremers, Lammers took 3rd place, Federer 4th and Longhi 5th, followed by Stan Pex (KR/TM) who had moved up nine places.