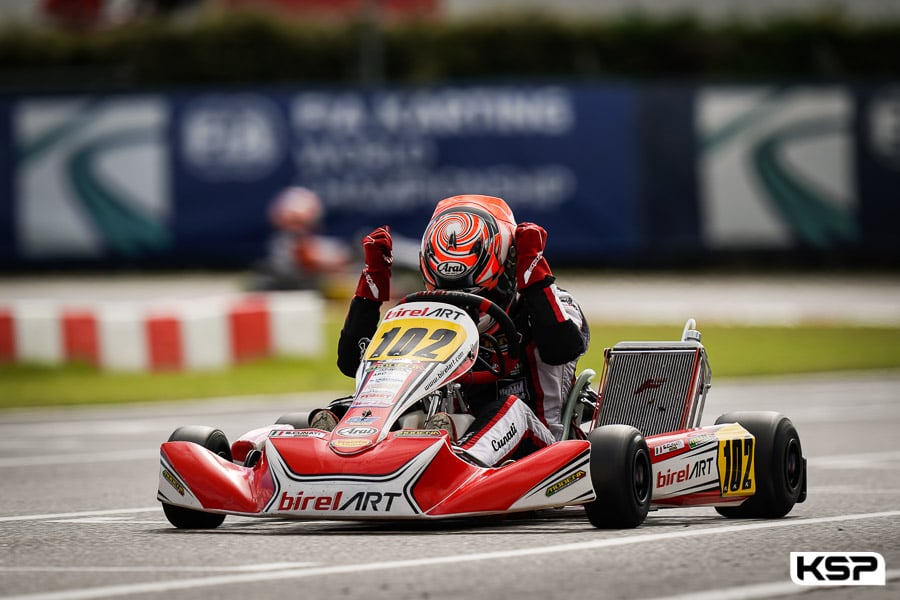 The sky was overcast at Lonato for the long-awaited Final of the FIA Karting International Super Cup – KZ2, but the temperature remained close to 20° and the track was dry. Simone Cunati (Birel ART/TM) and Matteo Zanchi (Birel ART/TM) were on the front row of the grid ahead of Lorenzo Giannoni (Sodi/TM) and Leonardo Marseglia (Birel ART/TM). Arthur Carbonnel (Sodi/TM) followed on the third row alongside Benjamin Tornqvist (Birel ART/TM).

Carbonnel was immediately in 2nd position behind Cunati, followed by Giannoni. Tornqvist gave up with mechanical problems. Zanchi was 4th and Giuseppe Palomba (Birel ART/TM) 5th. Carbonnel took 1st place on the third lap. Hubert Petit (Sodi/TM) had a good start and had already moved up eight places to 11th place. Cunati took back the lead, while a collision eliminated several karts. After a moment in 2nd place, Zanchi was sliding away. Carbonnel came back to 2nd position in front of Palomba and Giacomo Pollini (Formula K/TM). Petit was 9th. Further back, Viktor Gustavsson (Birel ART/TM) took back nine places in 11th position. Harry Thompson retired, while Alessandro Piccini (Tony Kart/Vortex) managed to get back on track. On the 9th lap, Palomba attacked Carbonnel for 2nd place. 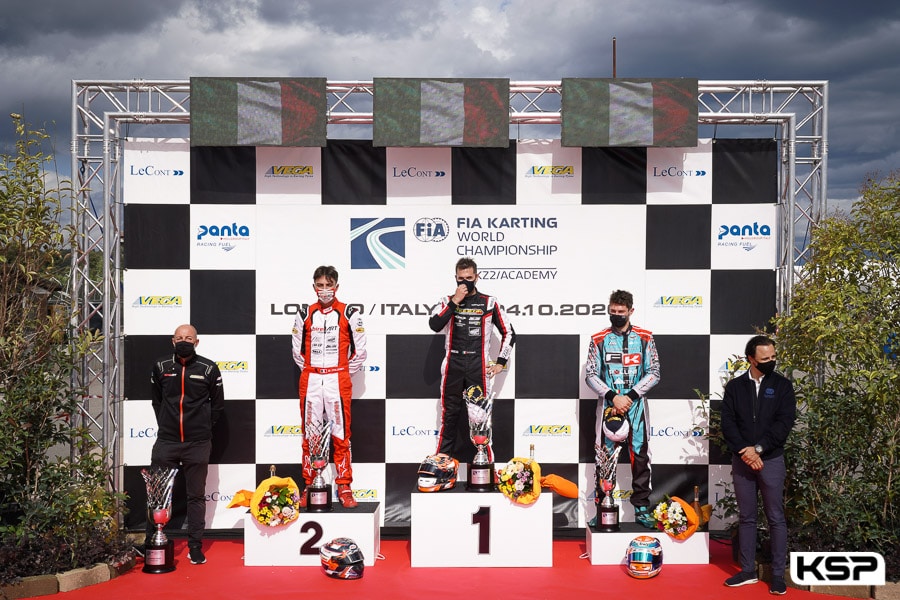 In the lead, Cunati had built up a gap of more than 2,5″ on Palomba. Pollini passed for 3rd place and Carbonnel lost ground in the battle that followed to 7th in front of Petit and Giannoni. Palomba had 10 laps to close the gap of 2,5″ on the leader Cunati. Leonardo Marseglia (Birel ART/TM) was back up to 4th position, followed by Danilo Albanese (KR/Iame) and Zanchi for an all-Italian top six. Senna van Walstijn (Sodi/TM) took back 15 places by joining the top 10 ahead of his team-mate Giannoni. The leader Cunati maintained his pace and Palomba had to give up his ambition for victory. Van Walstijn made a very nice pass on Gustavsson to take 9th place with two laps to go. Cunati won the KZ2 International Super Cup very convincingly, Palomba secured the double for Birel ART 1,7″ later and Pollini took 3rd place by 4 tenths. Marseglia, Albanese and Zanchi completed the Italian top six, whereas Carbonnel finished 7th, Petit 8th and van Walstijn 9th. Eleven drivers didn’t reach the finish line.