Uncertainty reigns in KZ2 at Lonato

Due to weather that never stopped changing throughout the day, causing changing track conditions, the ranking had difficulty in settling down for this year’s International Super Cup for KZ2. Frenchman Arthur Carbonnel (Sodi / TM Racing) certainly claimed three wins in the heats, but he also lost precious points by crashing in one heat. 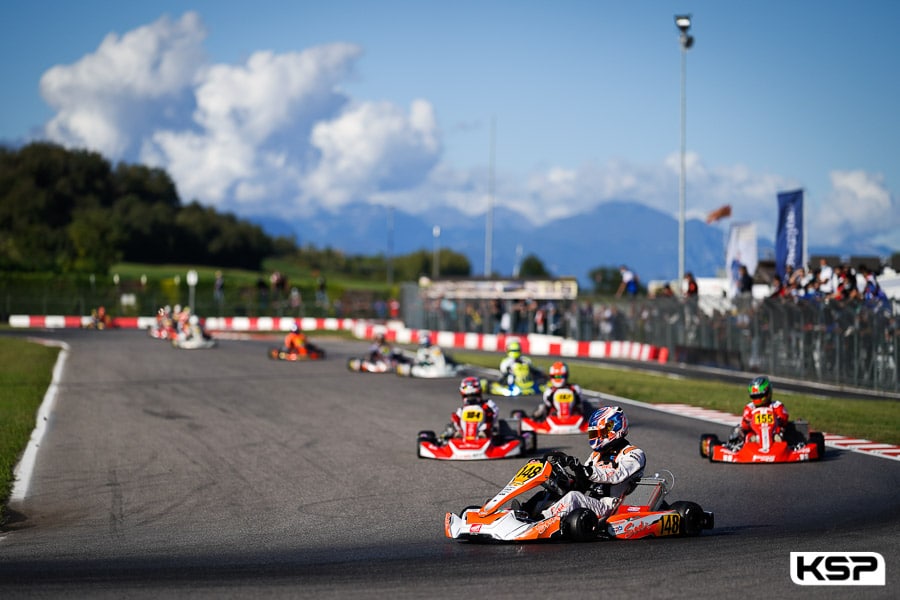 Two-time winner, his Italian team-mate from CPB Sport Lorenzo Giannoni (Sodi / TM Racing) is for the moment the driver with the fewest points. Two Tony Kart / Vortex karts have won a heat, of the Swiss Jean Luyet and the Italian Alessio Piccini. The German Alexander Schmitz (Birel ART / TM Racing) took a victory on one occasion, but also had some problems.