The youngsters of the FIA Karting Academy took a large part in the spectacle of the Qualifying Heats on Saturday. All the races were hard fought, both the morning races in the rain and the afternoon races in the dry. First of all, Alexander Gubenko took 2nd place behind the American Connor Zilisch, outstanding on wet tyres, and then Alexander Gubenko took the victory in the second heat. It is true that the Russian driver has an excellent knowledge of the circuit of Lonato, and he leads the provisional classification knowing that all the drivers still have one more heat to go on Sunday morning before the Final. 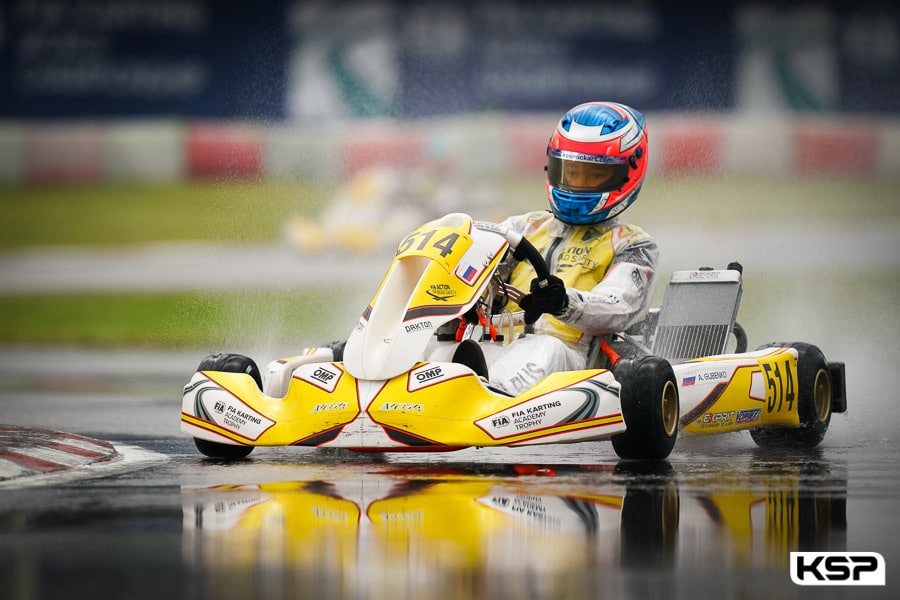 The Portuguese driver Ivan Domingues came to prominence in Heat AD by beating the Jamaican Alex Powell and the Belgian Tom Braeken, poleman on Friday. Then, it was the turn of the British driver Théo Micouris to win ahead of the Italian Matteo De Palo and the Filipino Zachary David. Finally, in the last heat, Gubenko took the lead ahead of Braeken and the Russian Darius Lucian Babaioana.

The day wasn’t especially favourable for Macéo Capietto, nor for Maxime Furon-Castelain. The Frenchman easily won the first race in the rain, before being penalised by 10 seconds for an incorrect position at the start. He was demoted to 7th place, but after a hectic race, he had to settle for the same position in Heat 2. As for the young Luxembourg driver, it was a stalled spoiler that deprived him of 1st place in Heat 1. A crash then pushed him to the back of the pack in the next race.

Uncertainty reigns in KZ2 at Lonato